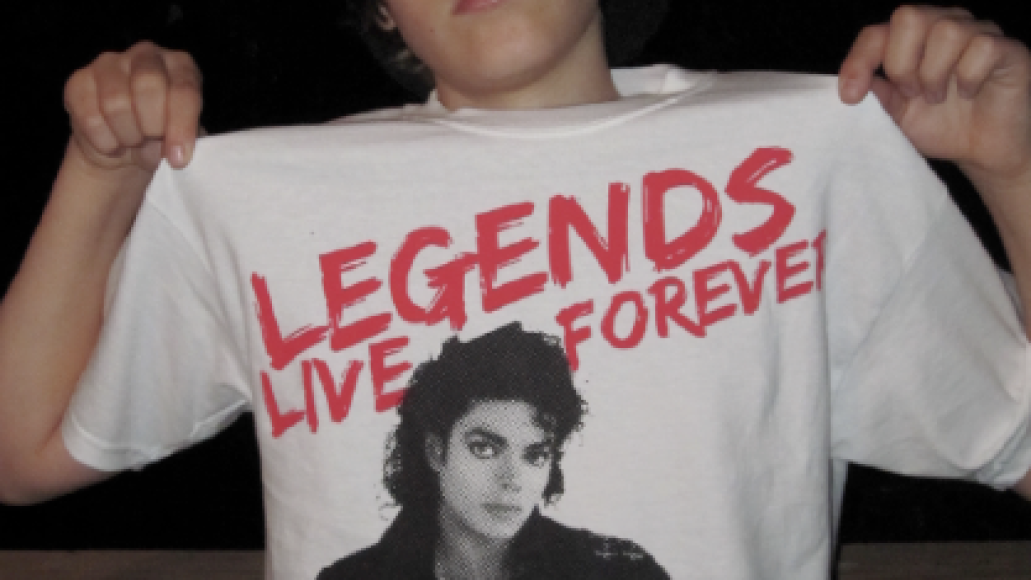 Currently in music: TLC has reunited and is putting out new songs sans Lisa ‘Left Eye’ Lopes, who died in April 2002; Drake is producing an album of unreleased music by Aaliyah, who died in August 2001; organizers of Rock the Bells are staging performances by Ol’ Dirty Bastard and Eazy-E, who died in November 2004 and March 1995, respectively; and Jason Bonham is dreaming of ways to tour with his father, John, who died in September 1980.

The music industry has been exploiting the dead forever: tribute albums whose profits go to corporate suits; mammoth box sets jam-packed with journal entries, letters, and other intimate pieces of memorabilia recovered while the body was still warm; or, by finding a replacement singer so the original bassist and drummer can afford a summer house in Rome.*

Two years ago, it all seemed to come to an outrageously bad climax when Coachella actually brought Tupac back from the dead and prompted every family of every dead musician to consider similar actions. It got so ridiculous we even created a category to keep track of all hologram-related news.

I was never really bothered by holograms, but I’m also the same guy who spends hours at a time on LiveLeak watching splatter films (please don’t judge me, I just enjoy a good ol’ fashioned disaster). What Justin Bieber has done, however, is worse than a tractor trailer driving over a baby stroller full of kittens.

Fact: Michael Jackson was killed. Regardless of how big of a conspiracy theory you want to make it, how high up the ladder you want to climb, a superstar pop singer is dead and his doctor is sitting in prison, convicted of involuntary manslaughter. At the moment, Jackson’s mother, Katherine, and his three children, are in court with AEG, the promoter of Jackson’s ill-fated residency at London’s O2 Arena. The Jacksons contend that AEG put profits before the singer’s health, that AEG hired Conrad Murray to keep Jackson an able performer (regardless of the cost), that Murray pumped Jackson full of drugs out of fear of losing his job, and that Murray and AEG are the reasons a mother is without her son, three children are without their father, and music is without its pop singer.

And yet, the industry still shows no remorse. Jackson’s image and music continue to be exploited. No less than four months after Jackson’s death, AEG put out Michael Jackson’s Is This It, a documentary-concert film which chronicled the rehearsals for the concerts which killed him; a year later, the posthumous album Michael was released by Sony Records; and now, someone has given Justin Bieber the go-ahead to take unreleased Jackson music and sing all over it, as if he, and not Freddie Mercury, was in Jackson’s Encino, California studio in 1983. (Bieber wouldn’t be born for another 11 years.)

On Friday, UK radio station Capital FM premiered Bieber’s “Slave 2 The Rhythm”, an absolutely atrocious mess of EDM music whose only shining light is the vocal performance by Jackson recorded four years prior. As a Jackson solo song, it would have been brilliant. But as these things go, more money can be made by having it as a feature on a Justin Bieber album, especially if the bros, Jackson’s core demographic, can bro down to it. Once again, money wins out.

Prior to the song’s premiere, Bieber wrote on Twitter, “Excited for what is to come. MJ set the bar. Not only for music but for being an entertainer and how u treat the fans. Wish he was here…” There’s a difference between missing someone, remembering their best qualities, and wishing they were still alive for one last hug or one last song vs. breaking open their vaults to add EDM drops, licensing private family photos for t-shirts, and the other countless number of ways the music industry can monetize the fact that he’s six feet under. But hey, just ask Hollywood: sequels are in. It’s just a lot easier to make a second Superman movie than it is to bring a person back to life.

Sorry if I come across as a little preachy, but someone needs to say it: There comes a time in every musician’s career when they die. Let them rest in peace.

* = Congrats if you picked up on this joke.

Please stop trampling on the graves of dead musicians