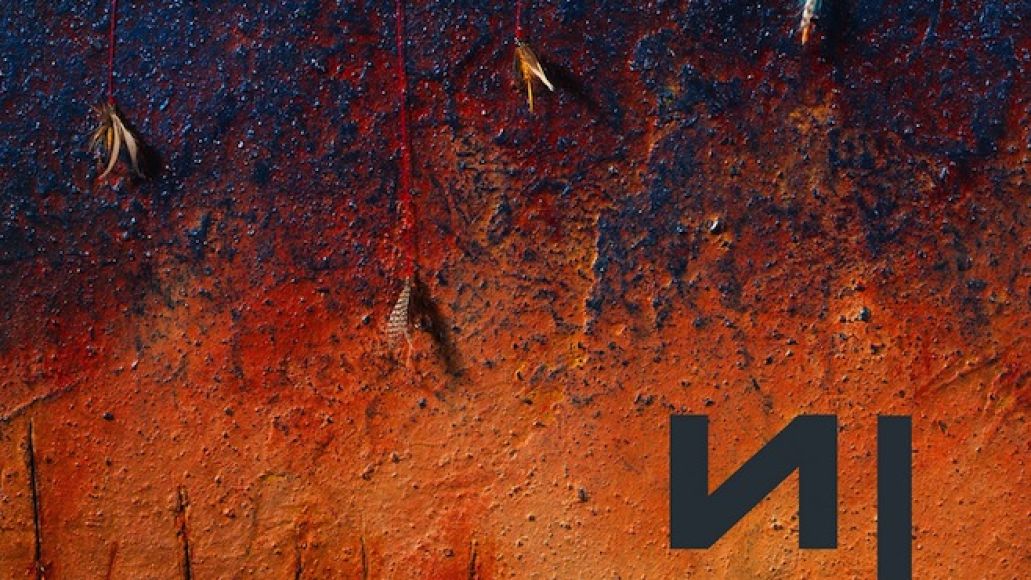 Nine Inch Nails are streaming their first album in over five years, Hesitation Marks, in full one week ahead of its release date (September 3rd via Columbia Records). Take a listen now at iTunes (make sure to open the artist page).

“For the last year I’ve been secretly working non-stop with Atticus Ross and Alan Moulder on a new, full-length Nine Inch Nails record, which I am happy to say is finished and frankly fucking great,” Reznor said in a press release announcing the release. “This is the real impetus and motivation behind the decision to assemble a new band and tour again. My forays into film, How to Destroy Angels, and other projects really stimulated me creatively and I decided to focus that energy on taking Nine Inch Nails to a new place. Here we go!”

In describing the album to KROQ, Reznor said, “With this record I didn’t go into it with an agenda of it’s going to be this or that. I sat down from a very pure place and just went with what feels right, and songs started coming out. Generally, I would say this album is more electronic in nature that was more exciting to me than loud banging drums. The Slip was very much made to sound like it was in a garage with loud banging drums. This record was much more ‘electronic’ for a lack of a better word.”

He continued, “(Lead single) ‘Came Back Haunted’ is familiar, it’s very self-referential and purposely. I think that’s the most like that there is on that record. It felt like the biggest moment I can remember in Nine Inch Nails history in terms of feeling like people were aware of it.”

Pre-orders for the album are ongoing. Below, watch the David Lynch-directed video for “Came Back Haunted”: