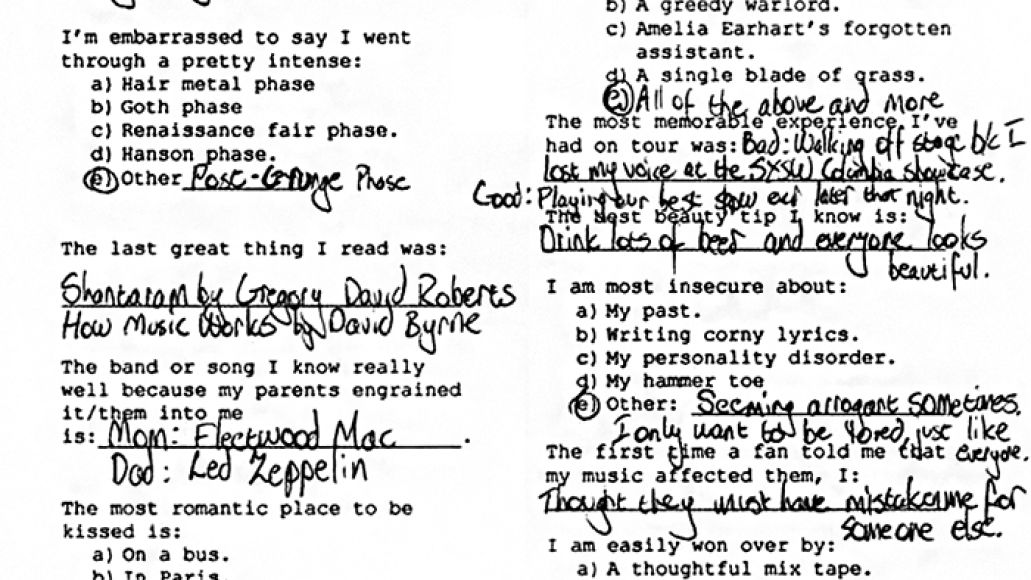 So much of electronic music has been overdone: the heavy bass wobbles, car-alarm synth beats, glowsticks. In a crowded field of competitors, the breezy electro-pop of St. Lucia comes as a welcome breath of fresh air.

St. Lucia, a.k.a. Jean-Philip Grobler, was raised in South Africa, studied music in England, and lives currently in New York, and he melds those diverse influences in his music. “Elevate”, the first single off When The Night, his forthcoming debut full-length, opens with tropical synths and a danceable beat before blossoming into a soaring epic, a full backing chorus echoing over triumphant synths and a handclap-ready beat.

Arriving on the heels of two similarly joyful EPs, When The Night will offer plenty of material for both Grobler’s daytime Lollapalooza set and also his afterparty with HAIM. Tracks from the EPs, like the shimmery “The Old House Is Gone” and the subtle “Paper Heart”, show St. Lucia as comfortable and capable while expressing a range of emotion that escapes many electronic acts.

Much of that emotion comes through Grobler’s own voice, which he shows off on tracks like “Closer Than This”, where raw emotion builds along with his volume before he blends his own sound with the backing vocals. The sense of collectivity those backing choruses create in St. Lucia’s music is perfect for a festival setting—there’s nothing like a big group party sound to liven up the very biggest group party of the summer.

In anticipation of this weekend’s Chicago sets, Grobler participated in our CoS Quiz (see above) and also put together a 10-track mixtape aptly dubbed, “Seeing Out Summer”. Read his accompanying liner notes below.

This track just blows my mind every time I hear it. The way that Todd builds tension and suspense for nearly 5 minutes before doing any kind of chord change is so brave and incredibly genius. And then when he finally gives it to us, at 4:50, it feels absolutely wonderful. The dance track of the year for me. Not to mention, it just screams of summer in an exotic locale.

These guys are good friends of ours, and I’ve been a huge fan of them since I unexpectedly saw them live almost 2 and a half years ago. Their live show is INSANE, complete with synchronized dance moves and amazing lighting, but all of that would be meaningless if they didn’t write some of the best shameless pop songs around.

Brenda Fassie was and still is a South African icon. She lived an incredibly full and interesting life before unfortunately dying of AIDS related illnesses in 2004. Not to worry though, she left us with some incredibly joyful and soulful pop music, and many people have called her the African Madonna. Not many people remember, though, that she had her start doing disco, and this is an infectious track from her band Brenda and the Big Dudes, a staple of my DJ set.

4. Air France – “Collapsing Outside Your Doorstep”

This was my JAM a few years back when it first came out. The way that it perfectly evokes summertime nostalgia and melancholy was a huge influence on me when I was starting to develop St. Lucia.

Perhaps my favourite Madonna song, this song always whisks me away to whatever mythical and exotic place it is that Madonna is singing about.

Yes, this is a shameless self-plug, in a way. I’ve been working with HAERTS for quite a few years now, and we’d already made an entire album and finished it a year before this track finally came out. The amazing response to it blew us all away and the rest is history. Very much influenced by the previous track, Madonna’s “La Isla Bonita”, my hope was always that this track would transport the listener to some idea of a heartbreaking summer romance.

My favourite track off of the new Phoenix album, which I love. I actually think it’s a stronger album on the whole than Wolfgang Amadeus Phoenix, without as many standout tracks. I love the way this song makes me feel, and the way it and the whole album sounds.

Dude, the new Empire of the Sun album is SO GOOD. I’ve spoken to a lot of people who completely disagree with me, but I think it’s awesome. I’ve been a fan of Luke Steele since his Sleepy Jackson days, and his pop songwriting gets better and better. Sure, pretty much every song is four-on-the-floor backbeat, but the quality of the songs more than make up for it in my opinion. This song is one of the best Fleetwood Mac channelings in recent memory. Sounds like a Christine McVie song.

AND, how would any of my playlists be complete without a Fleetwood Mac song? This is one of my favorites off of Tusk, my favourite album of theirs. For me, it evokes an image of late afternoon summer sun shining through some half opened curtains in the countryside somewhere, and the romance of unrequited love.

Another incredible album. I’ve been waiting for the romance to come back into modern music for a while, and Rhye bring it back in full-force. The whole album is so unabashedly gushy, and the production so careful and considered that it almost seems a miracle that it exists at all.

The CoS Quiz + Playlist: St. Lucia