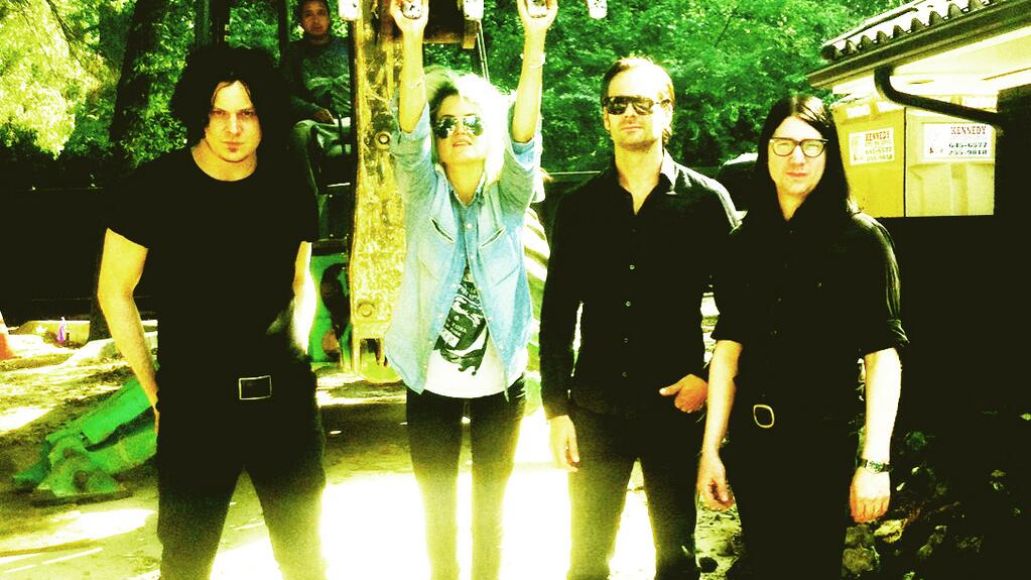 It looks like Jack White’s next album may be with The Dead Weather.

Today, White’s Third Man Records wrote on Twitter, The Dead Weather working on new songs in the studio yesterday… (and searching for bodies),” alongside a photo of White with singer Alison Mosshart, guitarist Dean Fertita, and bassist Jack Lawrence. White of course plays drums in the band.

The Dead Weather’s last album came in May 2010 with Sea of Cowards. In a February 2013 interview with Rolling Stone, White revealed he had recorded “some things” with the band, though getting through an entire session is dependent on the schedule of everyone else’s day jobs.

Our things pick their place for us. We don’t really sit down and pick them. They pick our place for us. Like, the Kills make a record or Queens of the Stone Age makes a record, I make a record, and it all falls into place, you know? Like, we didn’t know we were going to do two Dead Weather records in a row. We didn’t have any plan at all. We were just going to record a seven-inch, and it keeps going, and we make two albums’ worth of material. We try not to tell it what to do. We let it tell us what to do.

FWIW: Fertita is due back on the road with Queens of the Stone Age in early September.

Below, watch The Dead Weather’s amazing video for “Treat Me Like Your Mother”.