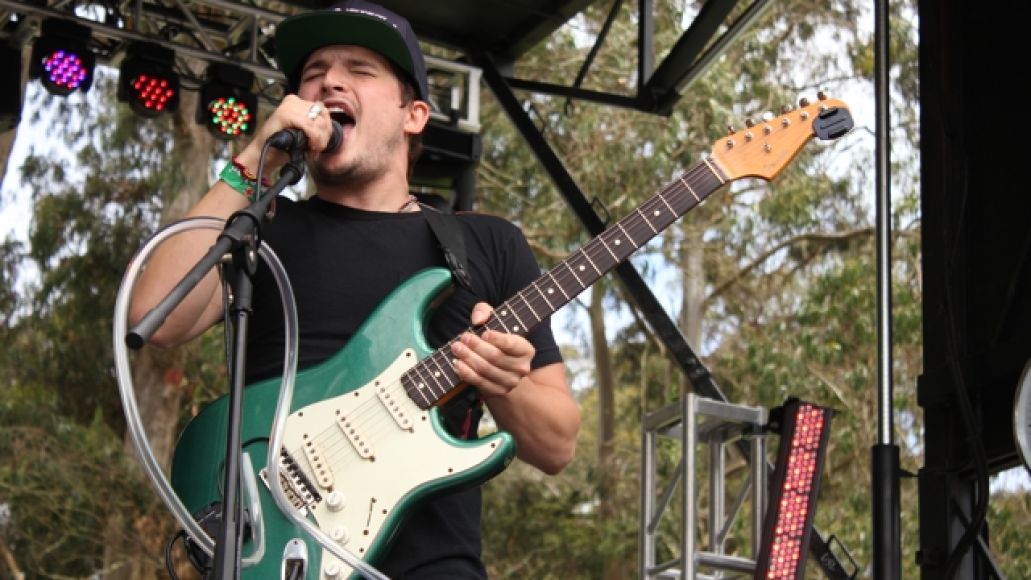 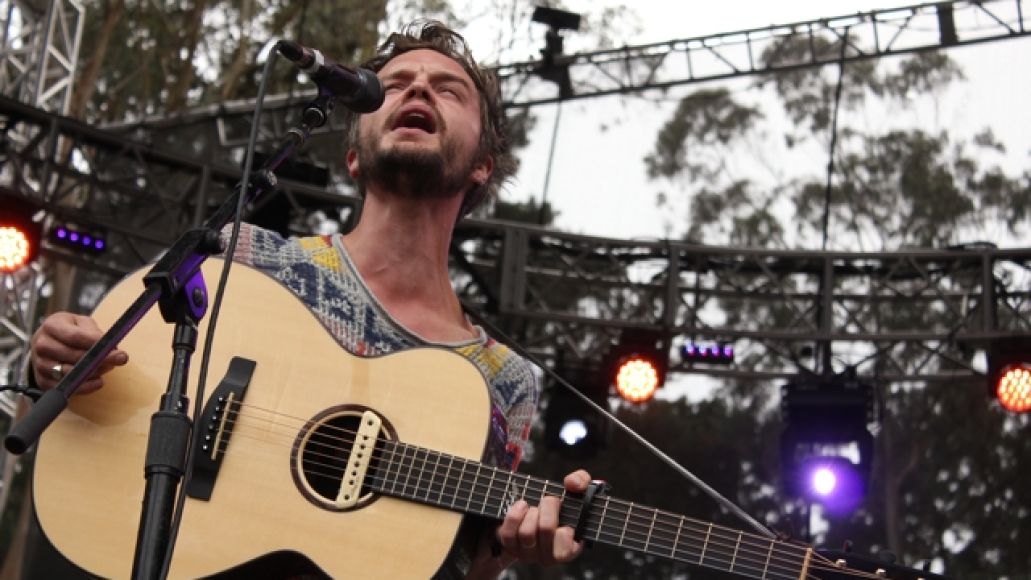 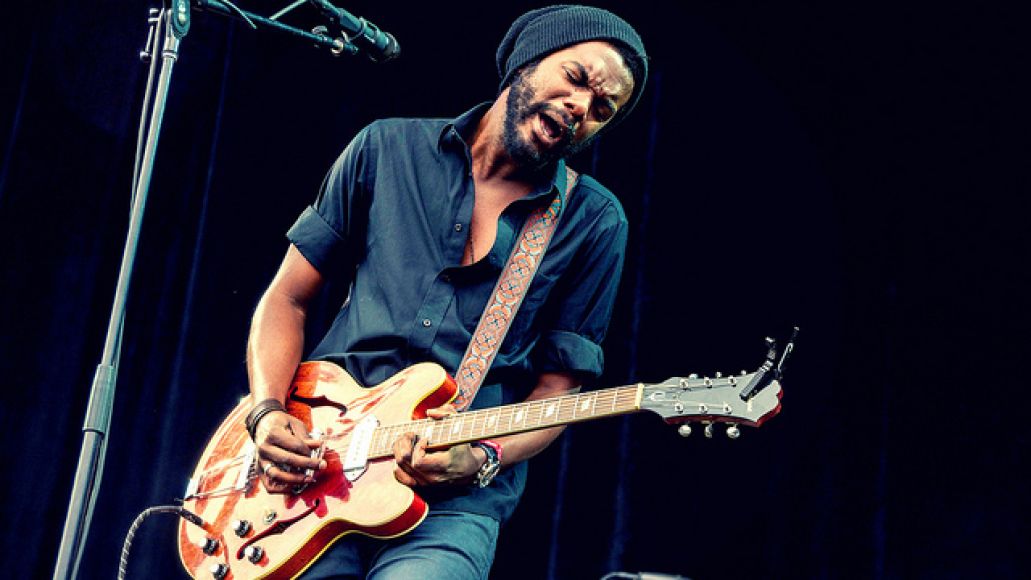 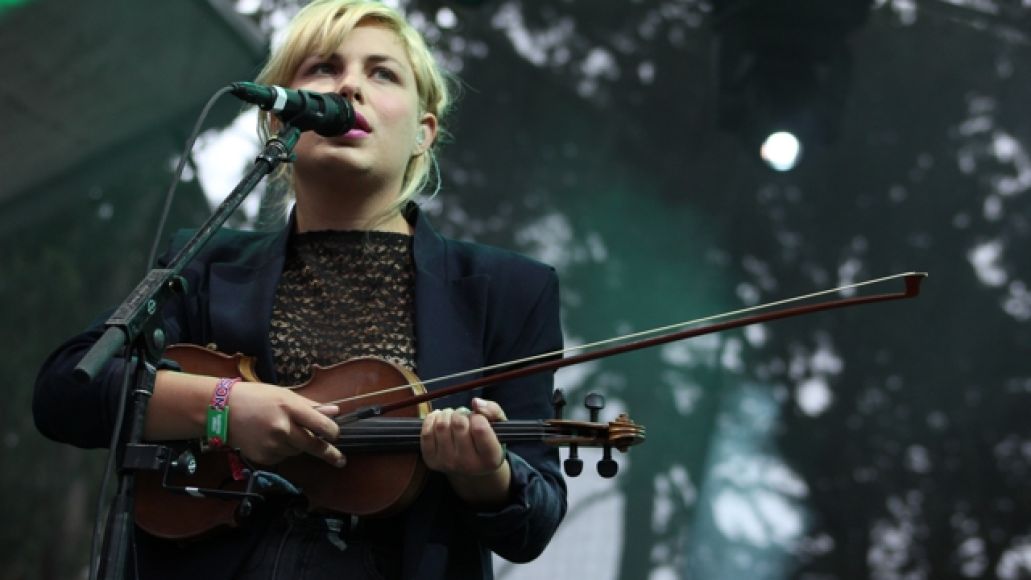 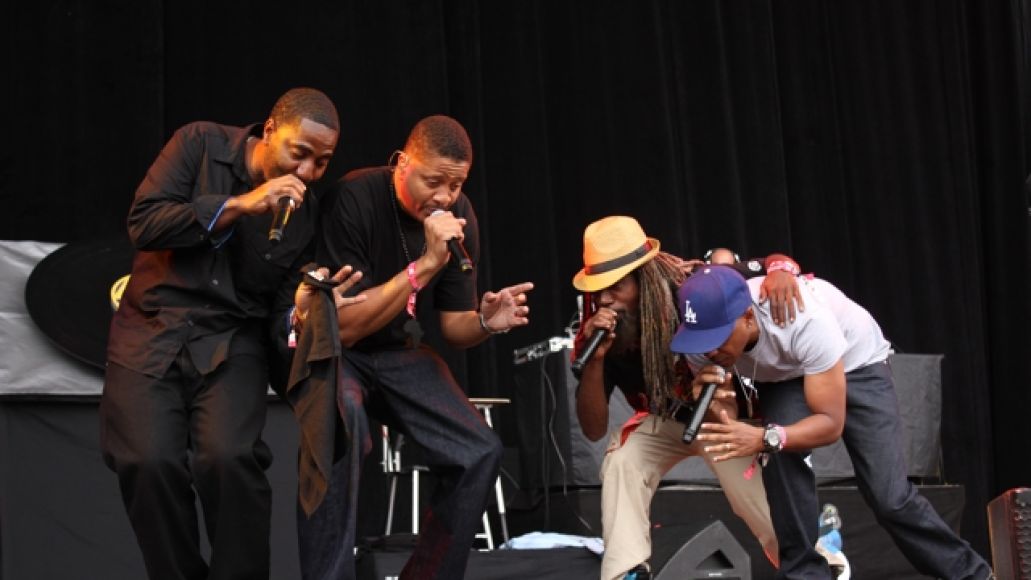 Karen O shouts out to all the lovers in Golden Gate 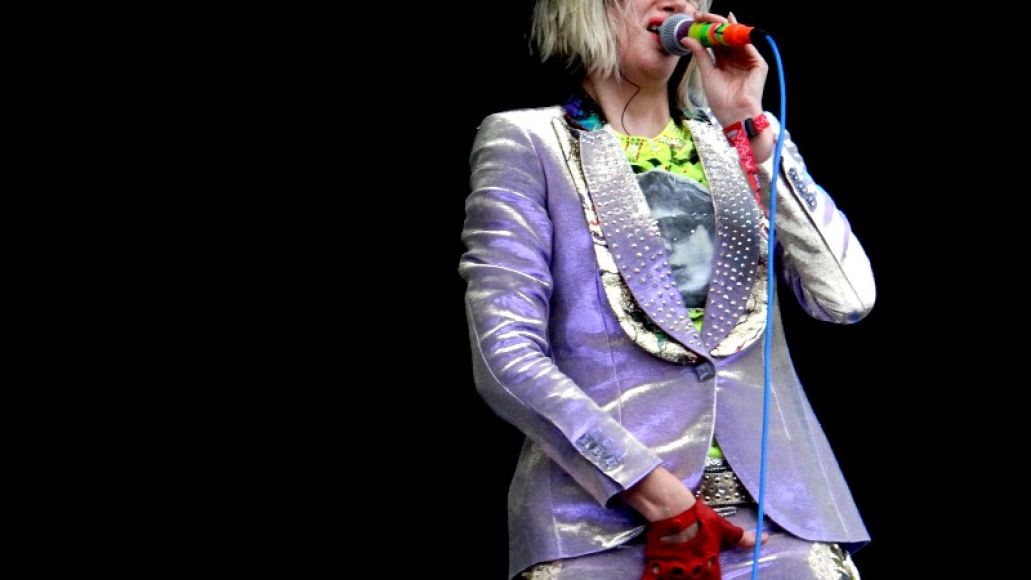 “Maps” generally proves to be The Moment in any Yeah Yeah Yeahs set, and even after hearing the boom-boom-pop of “Gold Lion” second, watching Karen O go ape-shit during “Mosquito”, and doing the universal one-arm-in-the-air hop to “Heads Will Roll”, the queen of the oughts’ NYC punk world dedicated her band’s biggest hit to two of her close friends who had gotten married that day. “Eternal love, mother fuckers!” she yelled. How romantic. The 10-song set didn’t bring much of anything we haven’t already seen from the YYYs, but it was a day-time party that grabbed everyone in the audience and shook them to their core until the band’s 50-minute time slot came to a close.  –Amanda Koellner