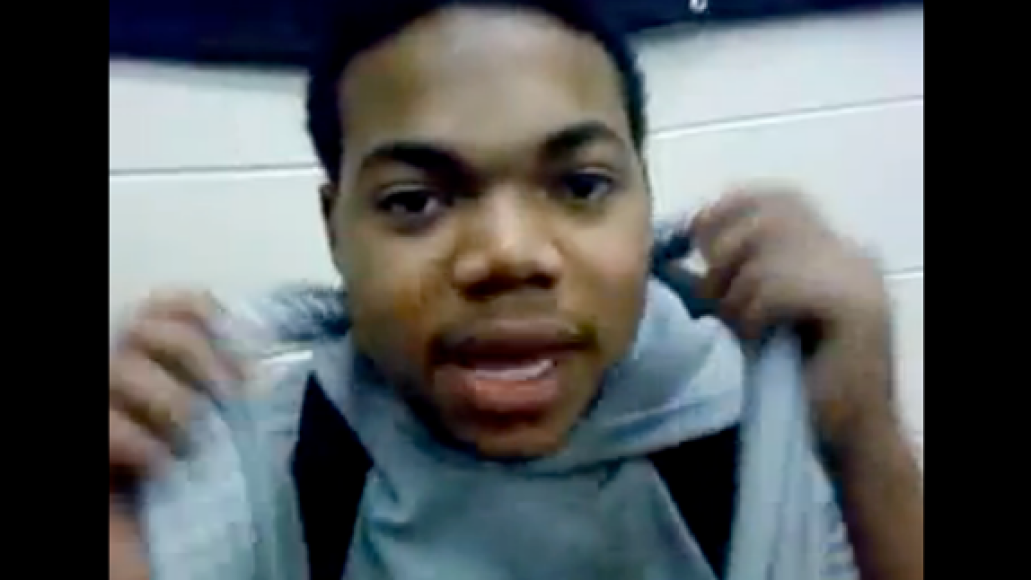 On this week’s addition of Before the Were Rap Stars, the wizards of the Internet have unearthed video of a young Chance the Rapper dropping freestyles in his high school music room. The two clips, which appear to be shot on the same day, were posted in May of 2009; assuming that’s also the year they were shot, the young Chance – or Chano as he’s referred to in the video – would have just turned 16 years old.

Both clips have the rapper spitting over classmates playing xylophones and drums. In the first one, Chano goes solo to the camera as he drops bars about Mega Man and “beat-off muscles”, as well as solid bars like, “You better get back or you’ll taste this gat inside of your mouth / JK, I don’t have a gun, I’m a bitch-ass nigga / I ain’t never ever pulled no trigger, I ain’t sell no drugs, and I ain’t tryin’ to be a thug.”

In the second clip, he goes toe to toe with one Monster Mike for three rounds of cutting verses where he calls out his competitor: “Yo, haven’t heard rhymes that great since 501 and Heartbreaks / Oh, shit! I heard those same lines on 501 and Heartbreaks!” Well, he also admits to fucking up a bit. At least the battle isn’t decided by the beat-off contest the camera man purposes at the end.