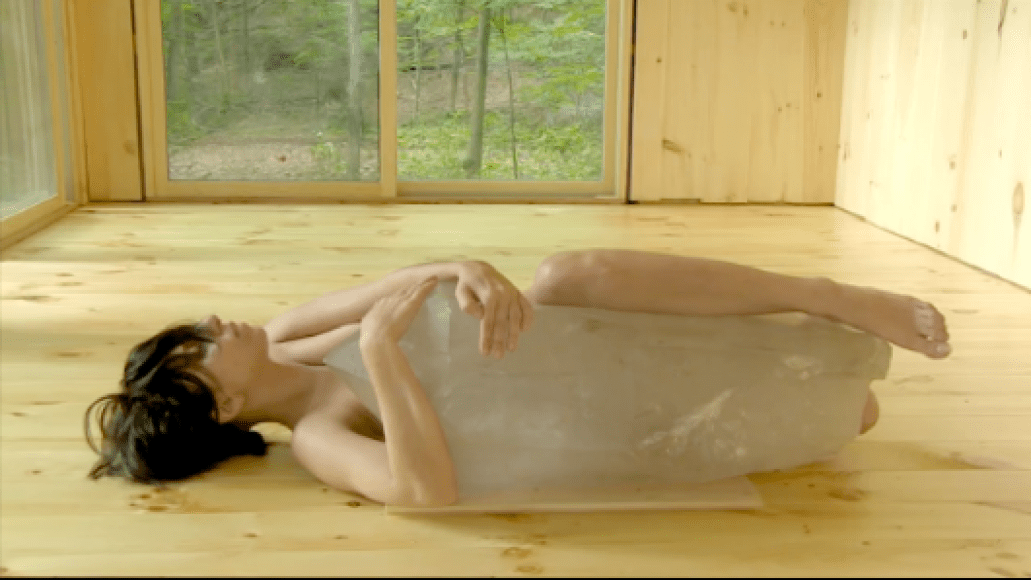 Ever wonder how Lady Gaga unwinds before the maddening run-up to one of her albums, like November 11th’s ARTPOP? Last week, Gaga and artist Marina Abramovic traveled to upstate New York to practice The Abramovic Method, a series of exercises designed to heighten participants’ awareness of their physical and mental experience in the present moment. A video of their session was posted online today.

As you’ll see below, the method apparently involves wearing Pikachu ears on your eyes while standing in a river, saying “ahhhhhhhh” for as long as possible, and hugging a block of ice while naked. (Yeah, you get to see Gaga naked, so this is classified NSFW.) Makes you wonder what Gaga’s “Applause” video will look like.

The video was released in conjunction with a Kickstarter account seeking funding for the first Marina Abramovic Institute, which is “dedicated to the presentation and preservation of long durational work, including that of performance art, dance, theater, film, music, opera, and other forms that may develop in the future.”

This is Abramovic’s such collaboration with a superstar musician in as many months. Last month, she participated in Jay Z’s all-day performance session which resulted in the short film for “Picasso Baby”.