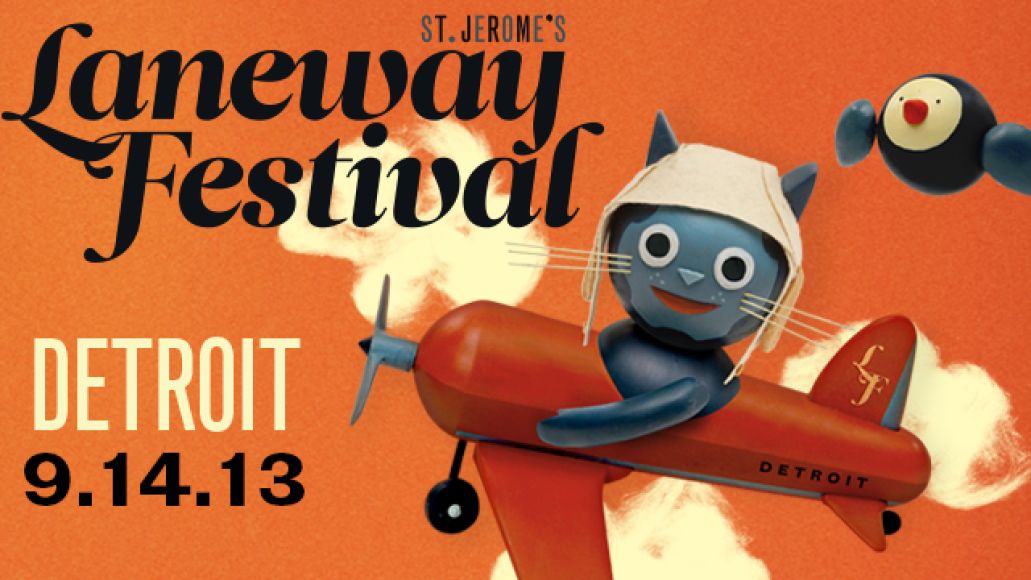 St. Jerome’s Laneway Festival has brought the best acts in indie, rock, and hip-hop around Australia for the last 10 years. It seems they expand to a new destination every year, recently reaching into New Zealand and Singapore for new editions. This year, they’ll be making the big jump across the pond to the good ol’ U.S. of A. for the very first time.

On September 14th, Laneway touches down in Detriot, MI – well, the Meadow Brooke Festival grounds in Rochester Hills, to be more precise. Regardless of location, it’s the music that matters, and the inaugural lineup delivers in spades. Sigur Rós and The National headline the event, with other highlights including The Dismemberment Plan, Deerhunter, Frightened Rabbit, Run the Jewels (El-P and Killer Mike), Charli XCX, Phosphorescent, Solange, Icona Pop, and many more.

Tickets to the one day festival are still available, but we’ve got three pairs of passes * to give away. Yeah, three of ’em, so let’s do the math: that’s one festival, six tickets, three lucky winners, and three ridiculously lucky friends of winners. But you only have till September 7th to get your entries in, so don’t miss your chance.

Go ahead and fill out the familiar little widget down below, and don’t forget to keep following CoS’s Twitter, Facebook, and YouTube channel for more contests and the latest news.

* Winner responsible for their own transportation and lodging.