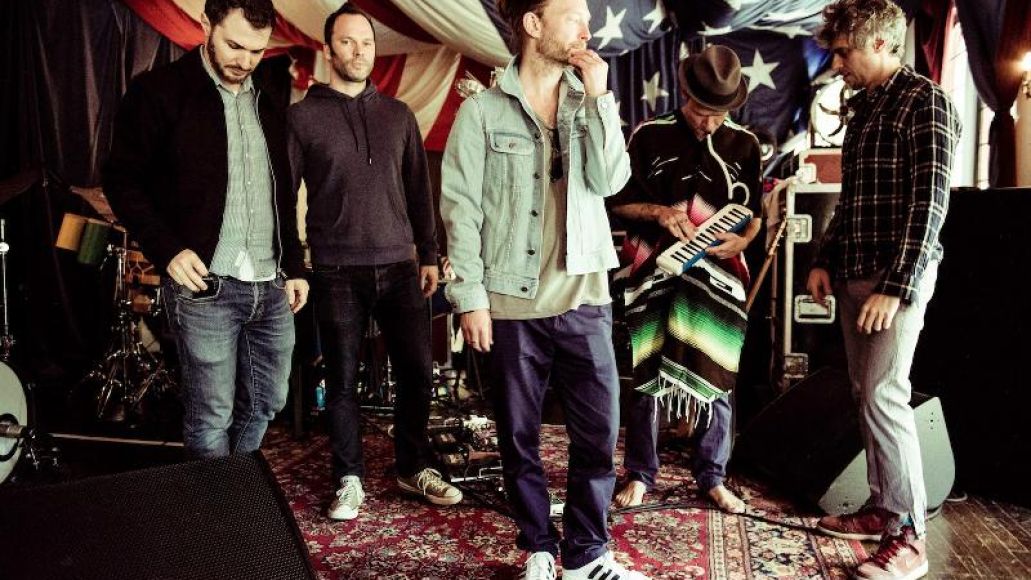 The return of South Park won’t be the only reason to tune into Comedy Central next week: Thom Yorke and Atoms For Peace will make an appearance on The Daily Show Wednesday night, while Metallica will be on The Colbert Report Tuesday night.

Update: We’ve confirmed with Comedy Central that both bands will be performing during their respective appearances.

Atoms For Peace are gearing up for the US leg of their Amok world tour, which kicks off next week in Philadelphia. Meanwhile, Metallica’s new 3D film, Through the Never, hits IMAX on September 27th and will expand into more theaters on October 4th.

Below, watch Yorke’s Radiohead perform “Bloom” on The Colbert Report in 2011.

Atoms For Peace to appear on Daily Show, Metallica on Colbert next week