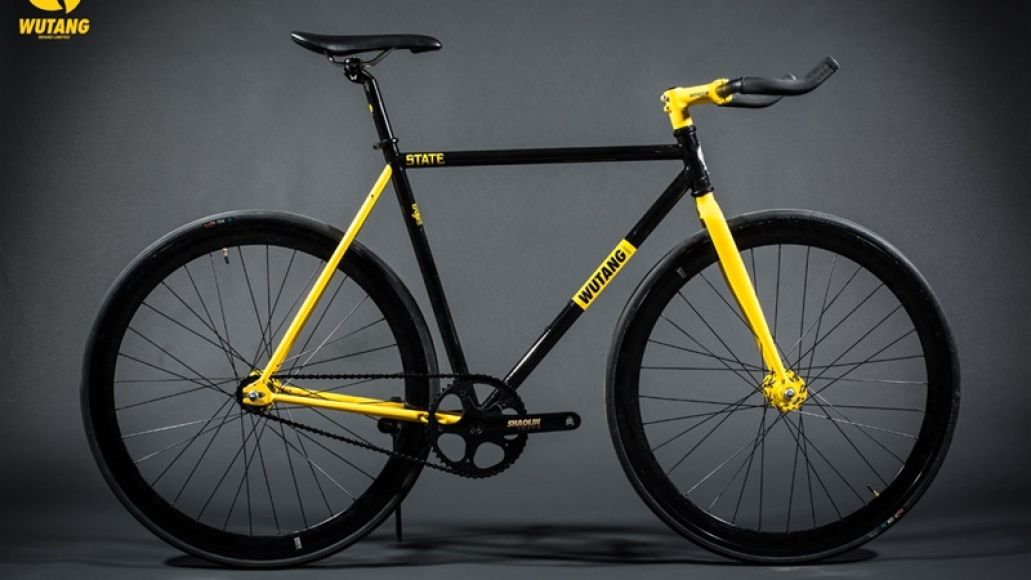 No doubt plenty of you have already updated your Christmas lists to include Wu-Tang Clan’s new holiday sweater, perhaps placing in between GWAR-BQ sauce and Iceage’s knife. But before you send that finalized letter off to Old Saint Nick, it’s going to need one more addition: the Wu-Tang Clan bicycle. That’s right, boys and girls, a bicycle built for Wu.

The “Wu Tang 20th Anniversary Ltd. Edition Bike” is part of a “line of custom-outfitted fixed gear and single speed road bikes to commemorate the Wu?s 20th year of bringing the ruckus and shaping urban street culture.” Available in Wu-Tang Killah Bee Black and Yellow (patent pending), the Wu-cycle features an “engraved Wu-Tang branded stem (that) holds a set of bullhorn handlebars atop a boldly painted chromoly TIG-welded frame, all of which feature the unmistakable markings of the Wu.” We’re not sure what some of that fancy bike lingo, but the colors make it look fast.

The bike retails for a cool $599, with an expected shipping date of November. Snag yours here and be the illest hipster in your side of Williamsburg.

For an idea of what life with a Wu-cycle will be like, replay the entire 2001 Tour de France while streaming 36 Chambers. Live strong, bitches!