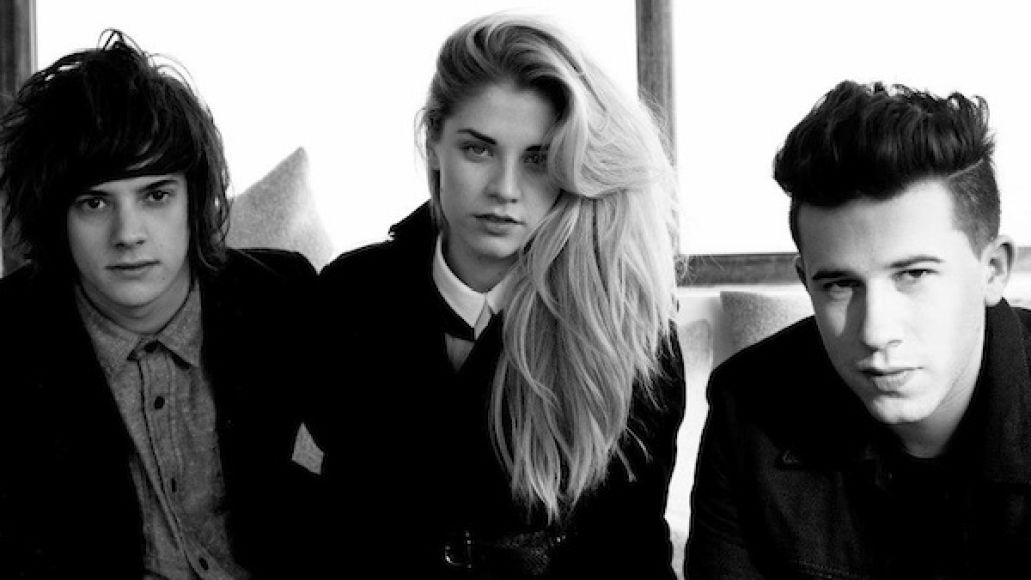 Since releasing the emotive and atmospheric single “Hey Now” back in December 2012, UK trio London Grammar have grown to become a blogosphere mainstay, buzzing to exponential heights in just a matter of months, along the way garnering impressive comparisons to The xx and Florence and The Machine. But as coveted as the #1 spot on the Hype Machine chart is, they are determined to leave an even more long-lasting impression on the music world.

This might prove tricky for those bands that literally pop out of nowhere, their popularity skyrocketing within weeks, propelled by a couple of tastemakers’ high praises. But London Grammar is not one of those bands; their trajectory may seem similar, but it’s hardly the whole story. Though the Internet’s just met them, the three-piece’s career has been years in the making — not exactly a careful and calculated effort, but something more homegrown and readily prepped for longevity than the average overnight sensation or random flavor of the week.

A perfect example of this long-term diligence is the band’s forthcoming debut album. Named after the record’s closing track of the same name, If You Wait is highly-anticipated by fans and critics alike, but possibly even more anticipated by the band themselves. 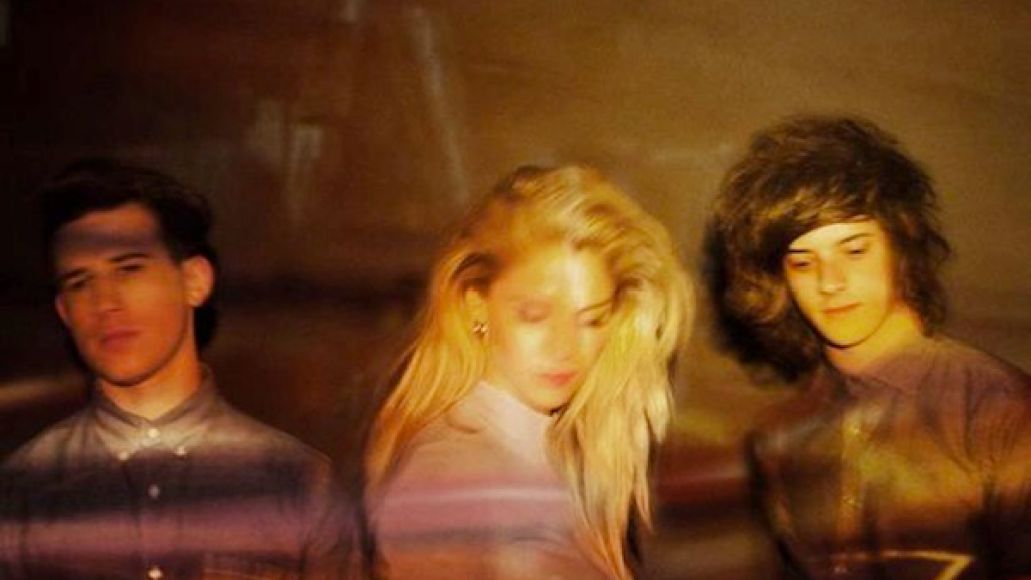 The result of nearly two years spent writing and recording, it’s a sigh of relief as much as it is a milestone. “We love that song and have always had a soft spot for it, but it’s also been a long wait for the band,” guitarist Dan Rothman explains. “It’s all been a long process to put out this album, so choosing that as the title was so appropriate.”

The LP’s 11 tracks, as well as those released as part of their Metal & Dust EP, trace back months and months before the first blogger uttered the name London Grammar, well before the band’s collaboration with breakout electronic duo Disclosure, and well before they were tapped to play the famed European festival circuit.

Rothman and frontwoman Hannah Reid initially met at Nottingham University over a mutual love for music and the desire to simply create it (Rothman spied a Facebook profile pic of Reid holding a guitar, so the story goes). After they recruited drummer and beats-maker Dot Major, the three began playing small bar gigs in and around London.

There they covered old blues songs, The Doors, and other personal favorites. They even tackled Florence and The Machine’s “You’ve Got The Love” well before critics pegged Reid as the next Florence Welch, and faithfully did so to the point that many of their early audience members asked if London Grammar was actually behind the hit single.

Together, the fledgling trio honed the sound that we all know today. It’s a sound that’s reminiscent of something we’ve heard before, yet still refreshing enough to be mysterious. One that’s marked by a slow-burning, but deeply haunting and somber poignancy; minimalistic but never too sparse, subtle but never without its handful of surprises.

At the same time, they also developed a strong pop sensibility, allowing for them to create melodies that could carry and effectively translate some of their songs’ emotional heaviness into more than just messy, bleeding feelings, but actual gripping and relevant heart-wrenched anthems. Fully-realized and streamlined while still retaining 100% of the original London Grammar aesthetic.

The band’s likened to The xx and Lana Del Rey, but the three cite a wide range of inspirations, from music icons like Michael Jackson, Fleetwood Mac, and The Doors to contemporaries like Radiohead and even Beyonce. Reid’s voice — and what an amorphous and powerful creature it is — draws from Motown and Kate Bush, while Dot Major’s production chops can be attributed to his collection of hip-hop records and ’90s house playlists. The National, a group that Consequence of Sound loves dearly, is also beloved by the trio. “They are probably one of the most honest-sounding bands that I’ve heard in the last 10 years,” gushes Rothman. “The melancholy in their music is exceptional.”

All of London Grammar’s many influences are both apparent and not, a testament not only to their tastes in music, but also their ability to weave something unique out of them. On their own, they went on to pen 30-40 songs, no easy task by any means. 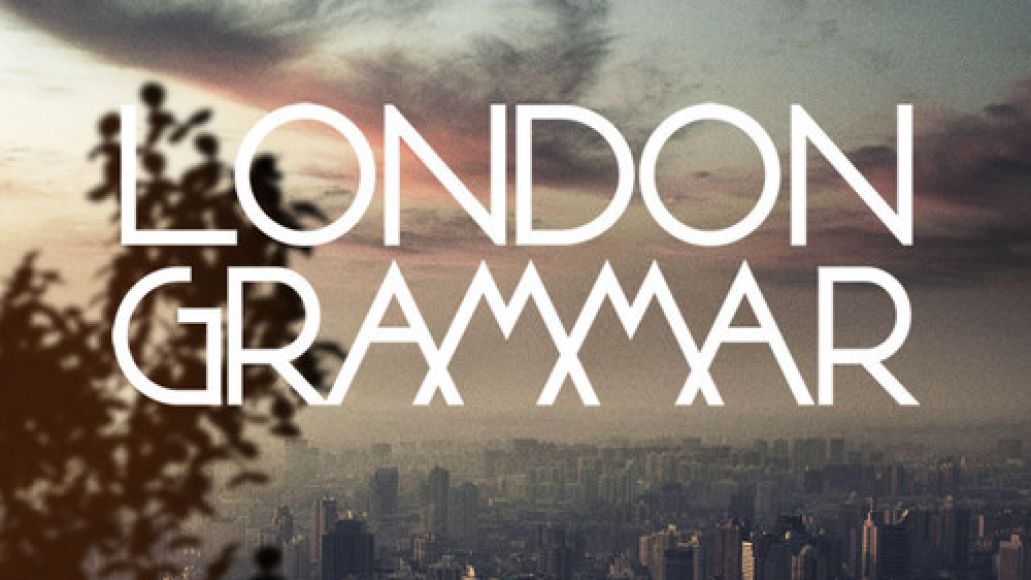 “We tend to take a long time before we’re happy with it [the material], we’re perfectionists,” the guitarist explains with a smile. But they worked and re-worked, and finally, late last year, they uploaded the track “Hey Now” onto SoundCloud with no real expectations. Within days the band was blown away by the results. Not only did music fans across the Web enjoy it, but industry folk, too, and soon they had a team of manager and PR-types supporting the London Grammar machine.

The trio rode a wave of hype into 2013, thanks to the song and the early backing of BBC Radio 1 and press in Australia, where they now seem to be even more famous than in the UK. And once “Strong”, “Wasting My Young Years” (now at one million YouTube plays), and the rest of their Metal & Dust EP came out, it was full speed ahead for the three-piece, who were officially not the kind of buzz band that falls into the Internet’s graveyard of obscurity after the one hit song.

As the world absorbed the group, spells of reviews, blog posts, interviews, and tours came and went quickly, further bolstered by their collaboration with Disclosure on the duo’s excellent Settle track “Help Me Lose My Mind”. All the while London Grammar kept focused, even at times fearing overexposure. “I think if you do blow up quite quickly, you’re going to get more people who will hate you,” Reid told Digital Spy in June. “There’s more criticism: Are you authentic or not? Do you deserve what you’ve been given?”

Even so, they never really let the media or the overnight sensation stigma get to them. “It doesn’t really seem that fast,” says Rothman. “A lot of people are saying ‘You’re getting quite big and well-known’, but we don’t really see it that way. It’s not that we’re not aware of everything around us — we go to LA and off to Paris for work, but we keep pretty grounded…keep each other calm. [The press] is actually the most simple aspect, we try to just enjoy it. In many ways, the writing and the recording process, because our hearts are in it so much, is the hardest.”

The band set their eyes on the big prize, their full-length debut, If You Wait, to be released on major label Columbia Records. A couple of the 11 tracks had already been unveiled as part of their EP, but the rest were culled from the 30+ arsenal of songs they had previously written, revamped, and polished off. They had help from industry pros like producers Tim Bran (The Verve, La Roux) and Roy Kerr “The Freelance Hellraiser” and mixers like Roc Nation’s KD (Jay Z, OutKast) and Grammy-winning Tom Coyne.

Although the tracks date back over a year ago, the sentiments behind them are still as real and as palpable as ever, in part because of Reid’s intimate lyrics and both the ferocity and vulnerability behind her vocal delivery. “She tends to write about things that are very close to her, relationships with family and friends,” Rothman reveals. “She looks at relationships between people, the way that people work, the psychology of people.”

It’s a nerve-wracking next step for them, but one so critical if they want to continue to establish the London Grammar name. While they could drive themselves mad over If You Wait, they know they’ve put the time and effort into it, and, like the buzz that magically materialized after “Hey Now”, everything that follows is out of their hands.

Rothman closes with a laugh, saying, “We’re all proud and I feel quite calm about it, which is a miracle given I’m an extremely anxious person.”