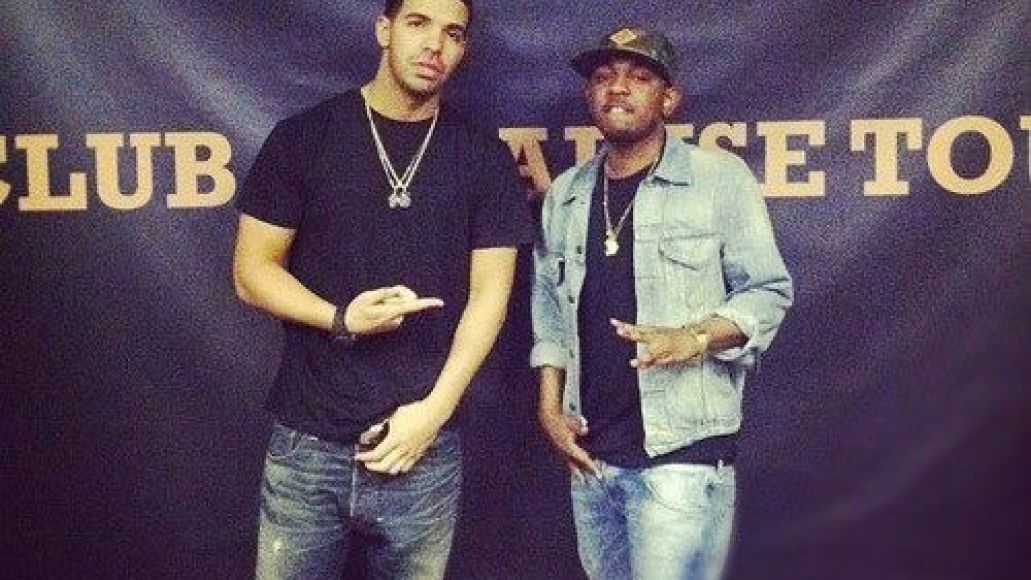 As Drake continues to make the rounds in support of his Top Star-earning album Nothing Was the Same, he’s been asked all types of question, from his relationship with Rihanna to his Italian Bar Mitzvah. Also a frequent discussion point: his opinion on Kendrick Lamar’s infamous verse on “Control”.

In a new interview with Elliott Wilson (via Pitchfork), Drake spoke at length about Kendrick’s verse. He prefaced his comments by saying he considers Kendrick “super talented… he’s the underdog who’s extremely hungry, and he’s doing his thing.” However, when it comes to the actual verse, Drake was not as impressed as others: “[Kendrick] is giving people moments. But are you listening to it now, at this point in time? Okay… It was real cool for a couple weeks. If I asked you, for example, how does that verse start? Mind you, it’ll go on– Complex and Rap Radar will give it like, verse of the millennium and all that shit or whatever.”

He continued: “I know that verse had no malice behind it, because I saw him five days later at the VMAs and it was all love. He didn’t come on there in some wild ‘I’m in New York, fuck everybody, don’t look at me’. It was one of those things, I almost wished he had come in there on that shit, because I kind of lost a little respect for the sentiment of the verse. If it’s ‘really fuck everybody’ then it needs to be ‘fuck everybody’. It can’t be halfway for the sake of the people.”

“When it comes to competition, Drake explained, “I’m more worried about consistency, bodies of work… There’s one guy who is up every night thinking about how to get better, how to do things bigger, and that’s Kanye West. He’s always going to be the guy who tries to out think and out do everybody. That’s my guy I aspire to surpass.”