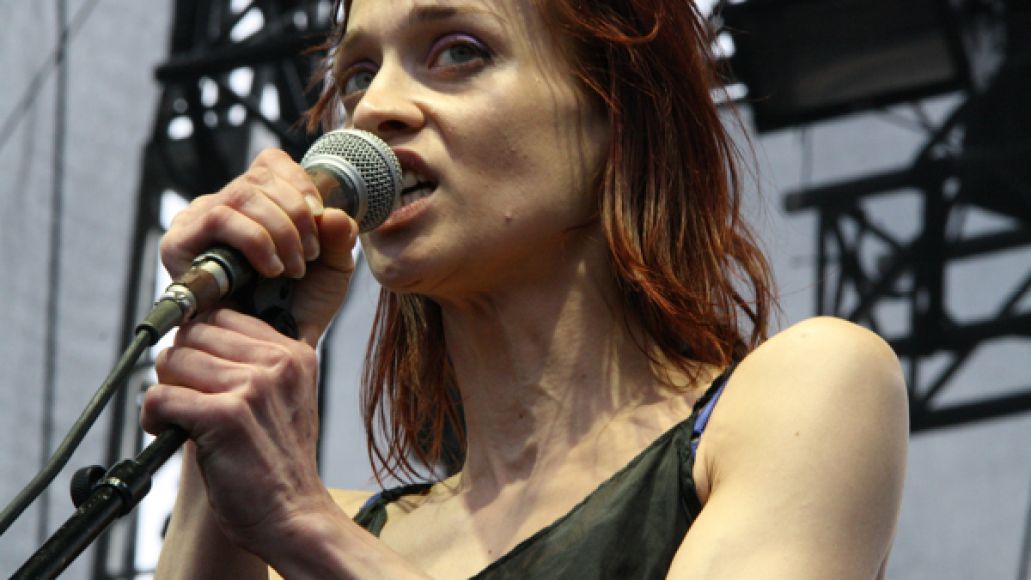 Thom Yorke’s a no-go at Chipotle, but Fiona Apple’s fair game. The Idle Wheel… singer has followed Karen O and Willie Nelson’s footsteps by contributing a cover to the burrito factory’s latest promotional campaign. She chose “Pure Imagination” from Gene Wilder’s iconic 1971 masterpiece Willy Wonka and the Chocolate Factory, only it’s not so majestic and magical anymore. Instead, Apple’s embraced her inner Philip Glass and twisted the imaginative ballad into something ironically macabre.

Then again, it could just be the video. Titled “The Scarecrow”, the animated short clip is a startling condemnation on the terrifying nature of factory farming. Here’s the story straight from Chipotle’s bowl:

In a dystopian fantasy world, all food production is controlled by fictional industrial giant Crow Foods. Scarecrows have been displaced from their traditional role of protecting food, and are now servants to the crows and their evil plans to dominate the food system. Dreaming of something better, a lone scarecrow sets out to provide an alternative to the unsustainable processed food from the factory.

If you dig the Scarecrow enough, there’s an accompanying online game to play, too. If not, check out the video below and head to your local Chipotle where I recommend the burrito (salad) bowl, no rice, half and half beans, grilled veggies, half and half meat (chicken and barbacoa, of course), every salsa, no cheese or sour cream, and a scoop of guacamole — yes, you’ll pay the extra for it.