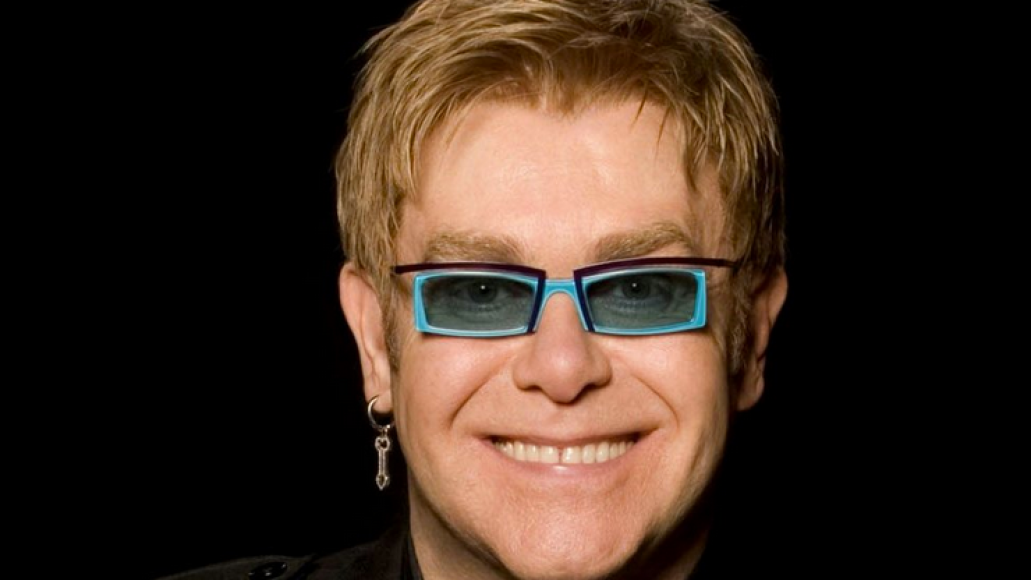 “Who needs another Elton John record?” The British music icon himself posed the question to a reporter from the Telegraph while discussing his 31st studio album, The Diving Board, out this week. It’s a good question. Thirty-one of anything is a lot, unless you’re talking about Baskin Robbins flavors. Or, Elton John. He might be jokingly skeptical of his own prolific catalog, but we’re dead serious in our own reasoning for why thirty-one albums isn’t going to cut it.

When you think of Elton John, that mental image probably involves a piano. I mean, where else would he be? Though, a crazy, little-known fact is that in all these years, he’s never actually recorded a song with just him and the piano. He told the Telegraph, “I’m a singer-songwriter piano player, and I’ve never done a track that’s just piano and voice before ‘Ocean’s Away.’”

There’s also room to look back without getting mired in nostalgia. For his previous album, John worked with longtime hero Leon Russell and producer T Bone Burnett on The Union. After the album performed well with fans and critics, John and Burnett decided to scale back on the next album, favoring a basic drums, bass, and piano trio, similar to early Elton John live shows. They also made the decision to go back to analog recording. “It’s all about analog now,” John said on his YouTube page, talking about how younger musicians are moving away from digital as well. “I’m very happy about that because it makes a difference to the sound.”

Irrelevancy is a burden for any artist, especially those 49 years in. Fortunately, John is buddy-buddy with several younger, successful artists — headlining talent like Lady Gaga and Eminem. Back in 2006, he told Rolling Stone that he’d like to work with Pharrell, Timbaland, and Snoop Dog. A year later, Kanye West sampled his music for “Good Morning” off Graduation, and in 2011, John provided piano and background vocals on West’s “All the Lights”. He was one of many artists who sang on the track, including Rihanna, John Legend, Alicia Keys, and Kid Cudi. And for the new album, he tapped R&B singer-songwriter and producer Raphael Saadiq to play bass on the album. Apart from actual collaborating, he can still name check bands like Phosphorescent, the Arctic Monkeys, and Lorde, as he did in a recent interview with The Guardian.

4. Bernie Taupin’s clearly not finished either.

Even after 40 years as John’s writing partner, Bernie Taupin is still serving as a “keen observer,” as T Bone Burnett put it in a video conversation between the two. They discussed the title track off The Diving Board, which Burnett suggested had to be somewhat biographical for John, but Taupin explained it as a broader metaphor for fame. Still, he expressed his love for making people assign their own meanings. And according to that same Telegraph interview, there are still instances like 1970’s “Take Me to the Pilot”, where John has no idea what Taupin was writing about. He just doesn’t question anymore.

John told The Guardian that’s he’s already wanting to work with Burnett again, and that’s not to say anything of his plans for a musical based on Tammy Faye Bakker and his hope of playing a show at the Pyramids of Giza. Sure, he’s acknowledged slowing down a bit in light of a recent appendix-related health scare, and because he’s got two two young sons, but he also said this: “I’ve got musicals to write, films to produce. None of us know how long we’ve got left.”