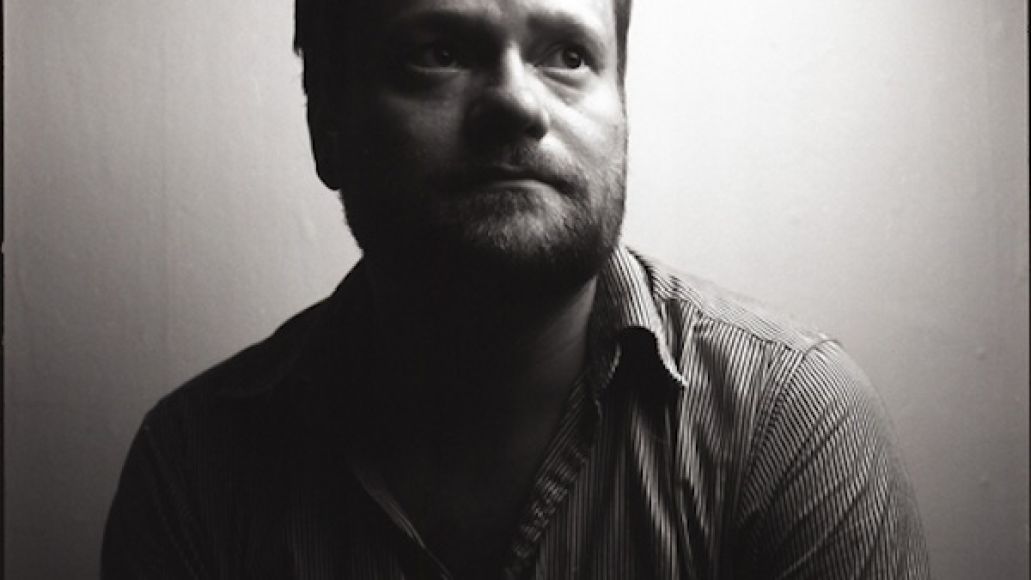 Carey Mercer will soon return with his first Frog Eyes album since 2010’s Top Star-earning Paul’s Tomb: A Triumph. Due out digitally on October 7th, Carey’s Cold Spring was written over three years, a period during which his father passed away.

According to a press release, though there’s “no overarching theme or conceptual thread,” the record is “deeply fearful, almost paranoid, the sound of a person grinding his or her teeth in the night.”

In addition to his father’s passing, the nine tracks were also partially inspired by “riots, occupy, revolutions, storms, floods, melodramatic gestures, leftist factions, mass marches in the streets, the sheer and shocking crookedness of our political and economic system, fear of the right, fear of torture, of murder, of future firing squads, of the consequences of idealism, of the consequences of having no ideals or ideas.”

“Claxxon’s Lament”, a track which was originally released by Mercer’s other project, Blackout Beach, appears as the album’s closer. “A song of deep loss”, Mercer stated that he played an acoustic version of it for his father during his final hours. Listen to it below.

Though Carey’s Cold Spring will see a digital release, it’s uncertain whether Mercer will be able to promote it extensively. A few days after receiving the final mixes of the LP, he was diagnosed with throat cancer. Mercer explained:

“I’ve been really hesitant about including this, going back and forth, but I have decided to include this information: illness is nothing to be ashamed of, but it is a big thing, a thing that impacts a life and forces changes on the way, for example, a songwriter releases her or his product. So I release this from a place where it’s hard to say if I will be on the road to promote it. This is why I have chosen to control the release myself and put it out through the limited channels available to me right now.”

Carey’s Cold Spring Tracklist:
01. The Road is Long
02. The Country Child
03. Your Holiday Treat
04. Don’t Give Up Your Dreams
05. A Needle in the Sun
06. Noni’s got a taste for the Bright Red Air Jordans
07. A Duration of Starts and Lines that Form Code
08. Seven Daughters
09. Claxxon’s Lament