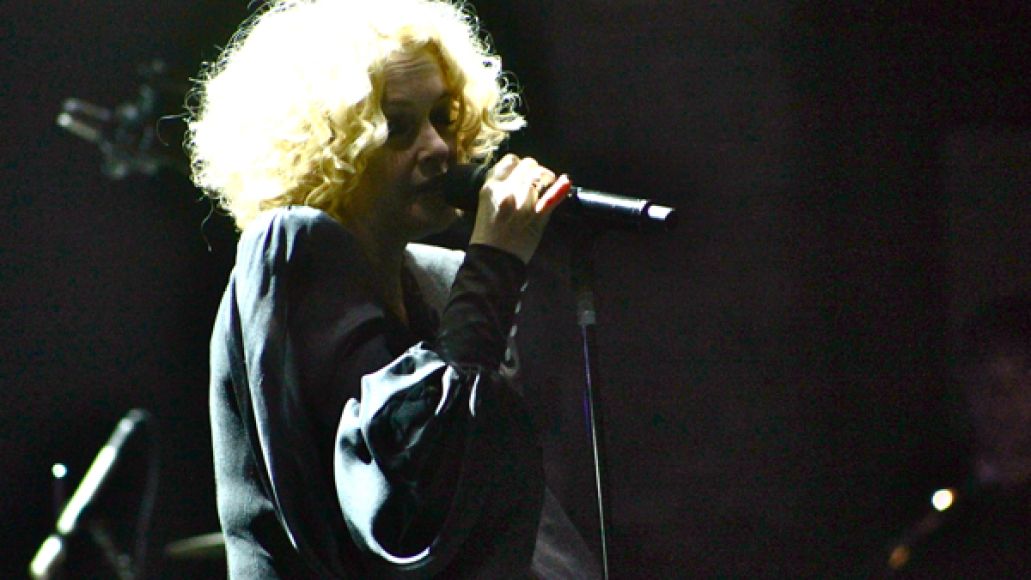 In a way, Goldfrapp has come full circle. What began as a head-turning excursion into lavish, cinematic art-pop from namesake Alison Goldrapp and chief collaborator Will Gregory on 2000 debut Felt Mountain has — after detours into synthpop (Black Cherry, Supernature, Head First) and schmaltz (Seventh Tree) — returned to where it began on the new Tales Of Us, albeit more mature and self-assured than ever before. The considerable growth over their decade-plus career was on full display as Goldfrapp took to the appropriately ornate Beacon Theatre to give Tales the royal treatment, complete with a 20-piece string section (the NYC-based Wordless Orchestra).

With Gregory absent, Alison Goldfrapp, her five-piece band, and the string orchestra performed nearly all of Tales in sequence (it seems they skipped “Thea”, unless I missed it somehow while they were shuffling us photographers out the stage door and back in through the main entry after the shoot — security at the Beacon is TSA-tight). Not surprisingly, the sweeping grandeur of the new songs came through magnificently in the setting, particularly “Annabel”, “Simone”, and first single “Drew” (all of the songs on Tales save “Stranger” are named after people). A false start on opener “Jo” brought up the spectre of an Alison Goldfrapp mini-meltdown — she’s known as something of a perfectionist — but apart from a few DI glitches it was smooth sailing for the rest of the evening. 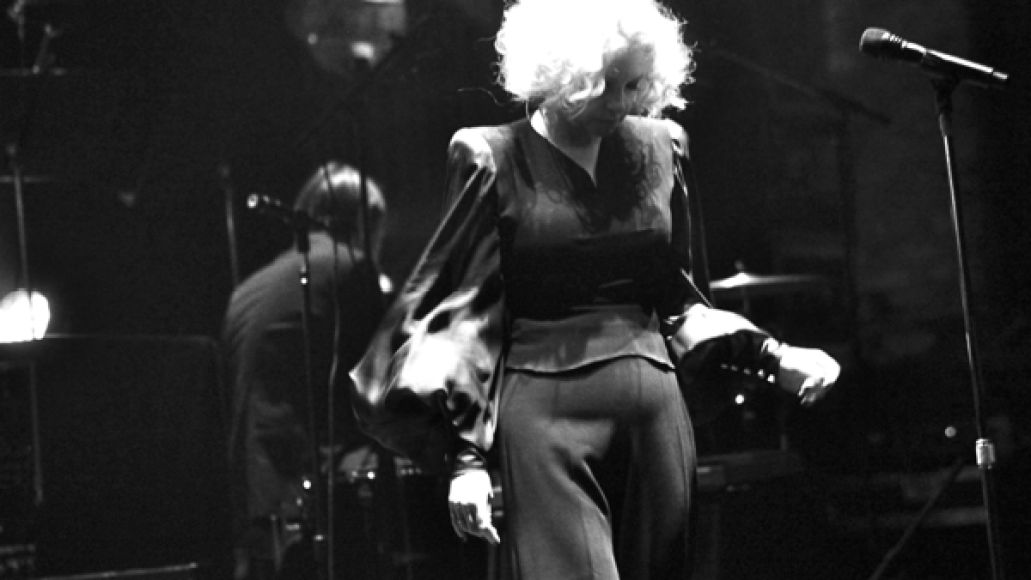 For the presentation of Tales Of Us, Alison kept her movements to a minimum and the lighting simple and elegant, all the better to focus on the quiet majesty of the songs. But she did take time to offer some context: “Annabel” is about a “girl trapped in the body of a boy,” while “Simone” concerns a “wicked” daughter who beds her mother’s lover (“These things happen,” joked Alison, “but only in England”) and “Stranger” was inspired by Dorothy B. Hughes’ 1947 crime novel, In A Lonely Place.

Following the main set, the band returned — this time with Gregory and a six-piece choir in tow — to play a telling selection of old favorites. Two, “Paper Bag” and “Lovely Head”, appeared on Felt Mountain and demonstrated how strong the band’s composition and arrangements were from the get-go, and also how far Alison Goldfrapp has come as a lyricist. The words in those songs, while beautifully sung, feel grafted onto the music, while on Tales the two coexist much more harmoniously. 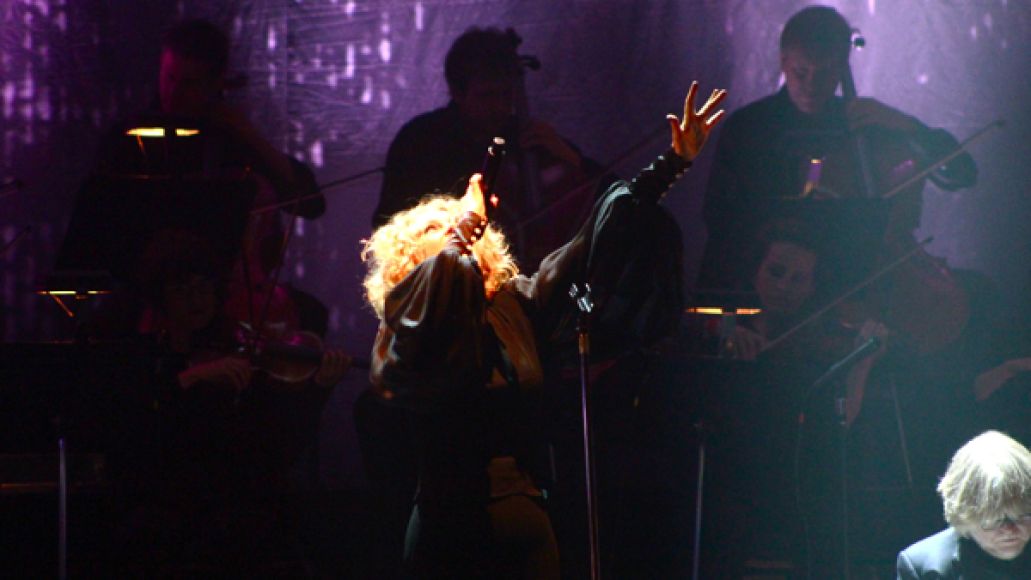 The rest of the evening consisted of material from Seventh Tree: “Clowns”, “Little Bird”, “Road To Somewhere”, “A&E”, and “Caravan Girl”. It’s true that these songs lack the depth and heft of Goldfrapp’s other non-dance numbers, but hearing them here served to remind how Seventh Tree was a necessary step toward where the duo is now. It was here that the band began to sound at ease without the aid of a beat, and if the Seventh offerings are lightweight sketches, the tunes on Tales have been brought to vivid life through shading and contrast.

Speaking of beats, one can only imagine how the place would have lit up had the thump of “Strict Machine” or “Ooh La La” kicked in — but this wasn’t the time or place for that. Goldfrapp have swung back into a baroque, introspective mode, and we can enjoy it while at the same time looking forward to how it informs what they do next.