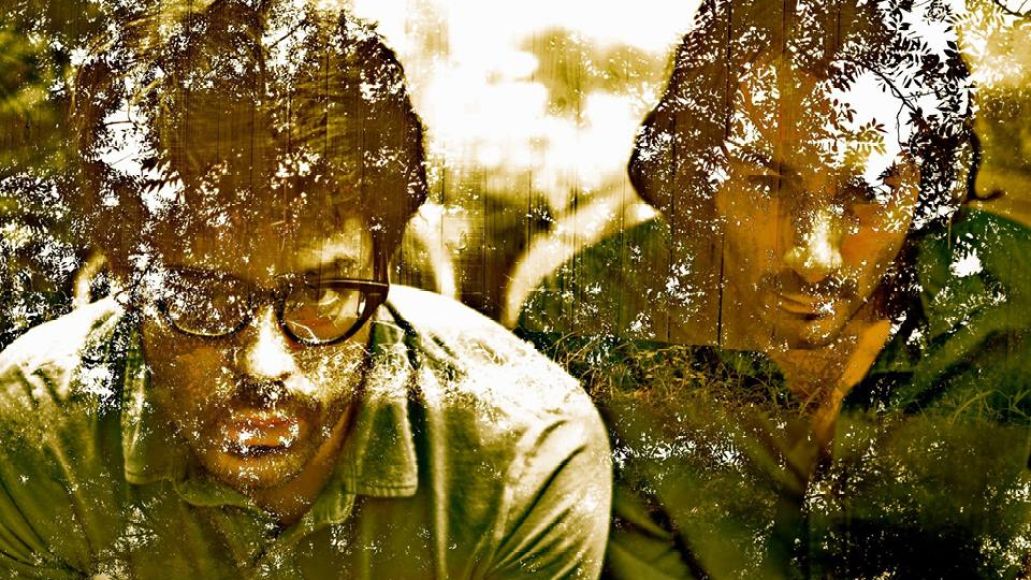 With their first two records, 2008’s All Y’all and 2011’s Count Yer Lucky Stars, Atlanta’s Gringo Star enlisted A-list producer Ben Allen (Animal Collective, Gnarls Barkley, Deerhunter) to help guide their poppy blend of vintage psych-rock. For album #3, Floating Out To See, the made plans to do everything DIY, producing, engineering, and mixing the entire 13-track LP at their local Studio 234. Shortly after the band started recording, co-writer/multi-instrumentalist Pete DeLorenzo departed the band, leaving only core members/brothers Peter and Nicholas Furgiuele to soldier on. But as they explain it, the siblings relished the chance to forge their own creative path.

“It’s been cool without the safety net of a producer,” Peter Furgiuele said in a press release. “This record is more ourselves. There’s no other filter besides our filter.” Added Nick Furgiuele, “With the last two records, we’d just go into the studio for a couple weeks and crank it out. This time, we threw down a chunk of cash on a super-nice microphone, and recorded everything in our leisure, which led to a lot more experimenting. We always loved Pete D’s songs and we loved playing with him. But I feel like there’s more continuity now than ever before. Despite going through three drummers in the past year, me, Peter, and (collaborator Chris Kaufmann) are feeling super tight.”

The resulting surge in independence and experimentation has yielded standout tracks like “Find a Love”. Without Allen’s influence, the band’s buffed out the majority of the pop sheen that made Count Yer Lucky Stars so alluring, leaving only a grim-ridden surge of fuzzy guitars that wail like beached Orcas, the one-two smash of big, blown-out drums, and stoner harmonies that sound endearing amid the aural onslaught. Still, without some of their older, more accessible tendencies, the band manages to sound more rollicking and carefree than ever before. Watch the accompanying music video below, which is like an old iTunes commercial shot through the eyes of a mescaline user.

Floating Out To See is due out October 22nd via the band’s own My Anxious Mouth Inc. imprint. For more sounds, be sure to listen to lead single “Going Way Out”. In support of the record, the band will be on tour this fall/winter, beginning September 28th in Kansas City. Consult their full schedule below.