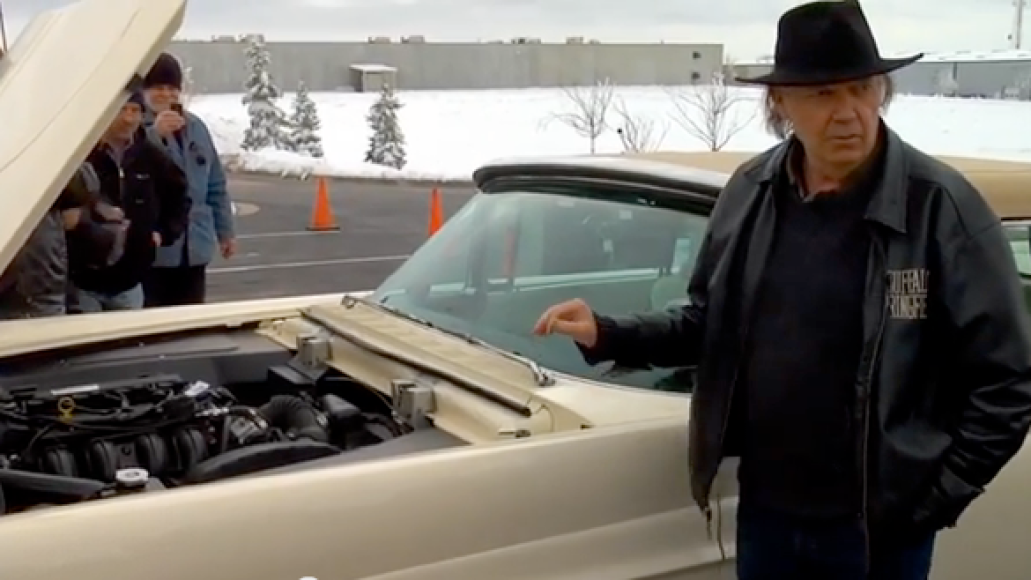 Dave Matthews isn’t the only one to get stranded on the side of the road while trying to be green this summer. But while Matthews’s bike got a flat, Neil Young became stuck in the Sierra Desert when his million-dollar LincVolt car broke down.

Young drives the electric vehicle across the country promoting clean energy and sustainability. According to the South Lake Tahoe Police Watch, the Grammy winning artist was on his way to a greening festival up in his home country of Canada when his unique car broke down in the middle of the Sierra Desert. Thankfully, some some officers from the Truckee branch of the California Highway Patrol happened by, and helped Young get his car off the highway.

Young thanked the officers with photos and autographs, repaired his ride, and headed off back down the road. So let that be a lesson to all of you: You can be green – hell, you should be green – all you want, and ride your bicycles and electric vehicles, but for your own damn sake charge your cellphone before you leave. As for you, Mr. Young, with your electric chrome heart shining in the sun, long may you run.

If you're driving through the Sierra Desert and see a broken-down LincVolt, it's probably Neil Young