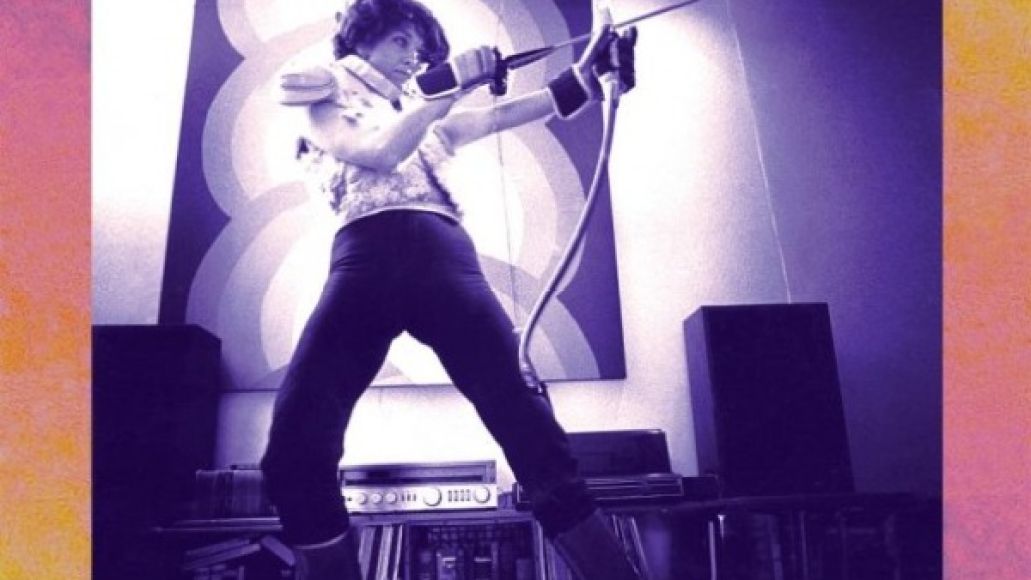 It’s been three years since San Francisco garage pop singer/songwriter Kelley Stoltz released his last album, To Dreamers. Since then, he’s appeared on The Velvet Underground and Nico tribute album, dropped a 7″ exlusive to France, and became the latest signee to Jack White’s Third Man Records.

Considering Third Man’s penchant for DIY sounds thudding out of garages, the signing may end up being a perfect fit for Stoltz. His first release on the label, Double Exposure, was canned in his own garage, a converted space dubbed Electric Duck Studio. Since releasing To Dreamers, he’s used the space to produce records for the likes of Sonny & the Sunsets, The Mantles, Tim Cohen, The Sandwitches, and others.

Now, he’s used his studio’s collection of unique equipment – “vintage synths, 17 guitars, tape echos, mellotrons, a 50’s jukebox… a tape machine used by The Residents, an amp used by Stooge James Williamson…) – to record his latest LP. The album’s title track makes economical use of reverbed, chugging, and strumming guitars (seriously, the strings do like, 15 different things on this cut), all while a steady drum and falling bass-line keeps it stepping forward. With Beck-ish nonchalance in the vocal delivery, it comes together in a perfect blend of clever pop.

Still not convinced? Thee Oh Sees’ John Dwyer calls Double Exposure, “A piece of gold in your ear, A lovely thought in your mind, a breeze in the sun; This record is perfect…” And sold.

Double Exposure, due out September 24th, is currently up for pre-order on the Third Man Records website. You can catch Stoltz out on the road this October following a record release show in his hometown on Septermber 28th.