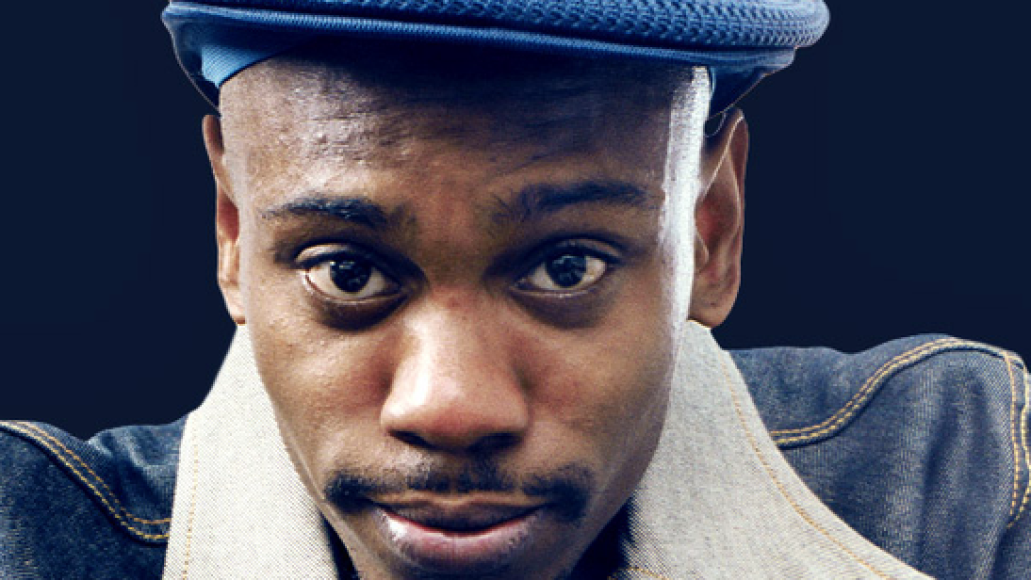 When Dave Chappelle took the stage at Chicago’s First Midwest Bank Amphitheatre last Saturday (8/31), he unleashed a kiloton of verbal napalm against Hartford, CT stemming from his now-infamous walkout. But aside from all but ruining the fall tourist season for the Mark Twain House, Chappelle also made time to regale the audience with actual jokes and anecdotes. Thankfully, none of them involved Rick James.

For proof, check out an audio recording of the entire Chicago show. Over the course of 42 minutes, Chappelle covered a variety of topics including racial stereotypes, Paula Deen, 50 Cent, and, most notably, Lil Wayne and Kanye West.

While anyone with even the smallest comedic bone could wring a laugh from Wayne, Chappelle prefaced his bit by espousing admiration for Tunechi. And since imitation is the sincerest form of flattery, Chappelle delivered an absolutely dead-on Weezy impression, which is one part woodland troll, one part giant frog, and one part guy-who-has-smoked-for-80-years. The Wayne bit begins at 28:30, but read along below for comedic effect:

He says the coolest shit, just throws it a way. “I got three kids and they all three.” Like, goddamn, this guy’s a genius. He also says, “Real G’s move in silence like lasagna.” Shit like that.

And you can picture everything he says. There’s one song where he says, “I got a bitch that played in movies in my jacuzzi.” And then he says, “Pussy juicy.” I close my eyes when I listen to that and picture it in my head. I see Lil Wayne sitting in the hot tub.

And that’s when he and I are different. If I could tell the pussy was in the hot tub, I’d probably get out. But Lil Wayne is sitting there like (laughs), “What is this strange oil floating on top of my hot tub water?” I think this is pussy juice.

He’s like an expert, he walks on the set of CSI and says, “Has anyone else been in this crime area?” “No, uh huh.” “What is this? This stuff on the ground… it’s pussy juice.”

That’s gotta be one of the worst jokes I’ve written in a long time.

To close the show, Chappelle dove into a little-told tale about his first meeting with the Louis Vuitton Don. We could recount the whole thing for you, but, as is the case with most stories of Kanye and his inherent eccentricities, it’s better to just take it in yourself. We will mention, though, that Chappelle’s story involves Jay Z, Common, and a fateful phone call. The Kanye bit begins at 40:20, but check out the full transcript below (via Reddit user JChoi95):

The first time Kanye West was on television was on the Chappelle’s Show. It was the week that The Black Album came out. I’ll never forget. We were all sitting in the trailer listening to The Black Album, and Jay-Z says on the record, “Kanyeezy, you’s a genius. You did it again,”* and Kanye stopped the tape and pressed rewind.

He had that energy. You knew he was gonna be somebody. And then they did the show, him and Common did it. And you remember that song The Food? “You love to hear the story, again and again. About those two brothers from the City of Wind.”

The crowd, “EGHHHHHHHEEE.” Motherfuckers go nuts. I said, “Hey Kanye, look, we’re going back to the studio. We got to edit some sketches, but if you want, you can come with us and check out some of the stuff we’re working on.” He says, “Oh that’d be great!”

He comes to the studio we’re all sitting and there watching all these crazy sketches. Nobody had seen any of this shit before. It was Rick James, all that shit. All on there. It’s on footage, we was all cracking up and then in the middle of it all, Kanye’s phone rings. This is when I knew he was gonna be famous.

He answers the phone, he goes, “Hello. Huh? What? Uh uh, I can’t. I can’t. Cause, I’m at Dave Chappelle’s show watching sketches that nobody’s ever seen before.”

And then he says, “Cause my life is dope, and I do dope shit,” and then he hung up the phone.

See what you missed out on, Hartfordians?!?!?