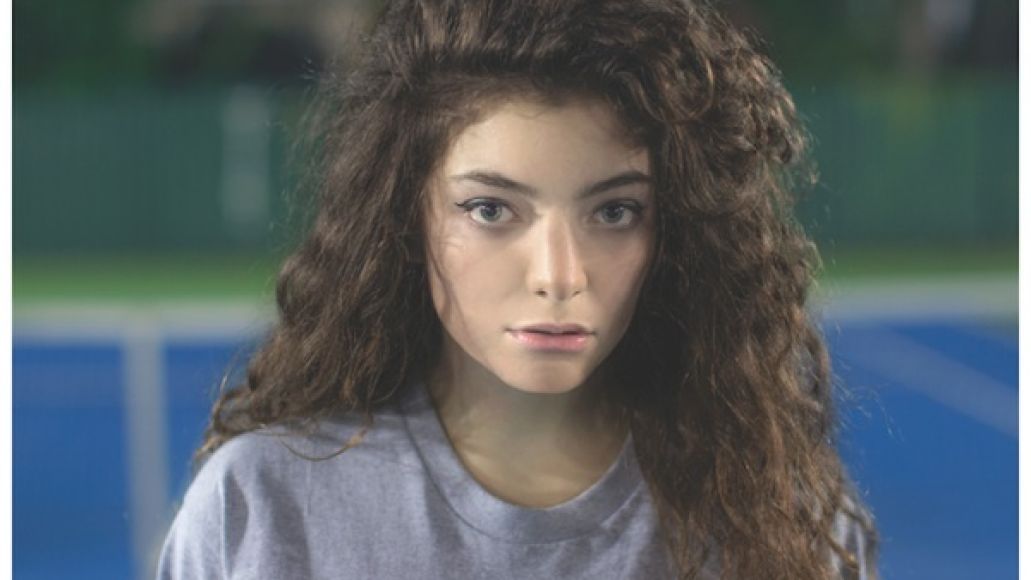 With her smash single “Royals” still dominating the charts, singer-songwriter Lorde returns today with “Team”, the latest track off her forthcoming debut album, Pure Heroine, due out September 30th. Whereas some of her past material, notably The Love Club EP, demonstrated a young talent on the rise, “Team” sees the Auckland native in complete control of her beguiling musical presence.

Over a celebratory beat of handclaps and swirling synth, Lorde’s vocals achieve a masterful blend of carefree party girl and old soul struggling with the weight of the world. Lyrically, she displays a similar maturation, sounding equally wide-eyed (“We live in cities you’ll never see onscreen”) and utterly cynical (“I’m kind of over getting told to throw my hands up in the air/So there”). Listen in below.

Here’s how Lorde described the track to The FADER:

“I have this song on the record, and it has two lines on it which were very important for me to put on there. One of them was: We live in cities you’ll never see onscreen. Because I like in Auckland, which is definitely not New York. It just felt important for me to be speaking for the minority. Coming from a small city, somewhere that feels unimportant, you just wanna get out of there. You’re whole teenage life The other line is: I’m kind of over getting told to throw my hands up in the air. Because, there’s been so much of that in pop music, and I’m like, this is the stupidest thing. Being told to put your hands in the air? That’s the last thing I wanna do right now. I just wanted to be a bit more realistic. I don’t if that’s relating to young people in general, or just people who listen to pop.”

If you haven’t heard/seen it already, she also does a mean version of Kanye West’s “Hold My Liquor”.