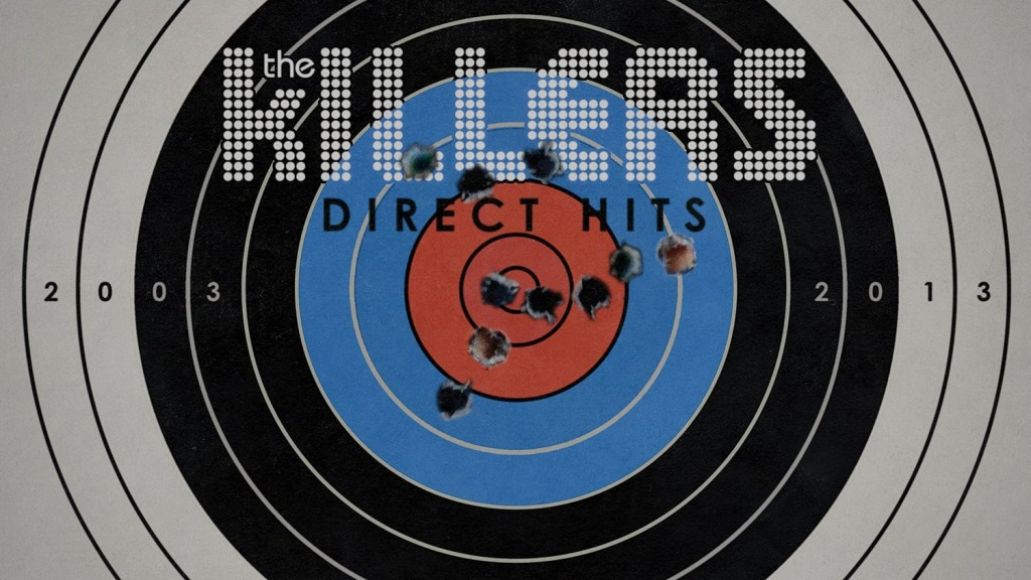 On November 11th, The Killers will celebrate their 10th anniversary with the release of their first greatest hits album. Entitled Direct Hits, the set compiles material from the band’s four studio albums, along with brand new songs.

Among the new material is “Shot At the Night”, a collaboration between The Killers and M83′s Anthony Gonzalez. The glitzy gospel anthem, which may or may not include a nod to Talking Heads’ “Once in a Lifetime”, premiered today on BBC Radio 1. You can listen to it below.

In an interview with Radio.com last month, guitarist Dave Keuning said the collaboration was fostered by the band’s label. “There was a mutual thing like, ‘Yeah we think [Gonzalez]’s good. We’ll try him out.’ It’s something we finally agreed with our label on.”

Direct Hits will be released in standard and deluxe editions, the latter of which tacks on an original demo of “Mr. Brightside” and Calvin Harris’ remix of “When We Were Young”, as well as a documentary DVD, and five 10″ vinyl records comprising all the songs on the compilation.

Listen to The Killers' "Shot at the Night", produced by M83