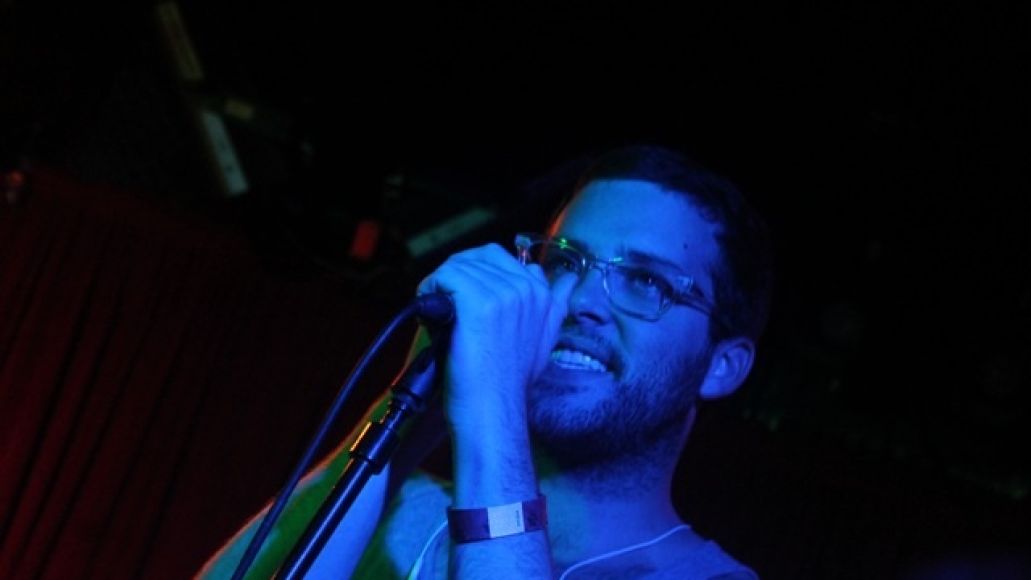 Sweat dripping from his brow, L.A.’s Jerome LOL took a breather Sunday night to address the evening’s greatest entertainment competition: “Thanks for showing up tonight instead of staying home to watch the finale Breaking Bad.” Undeniably, the idea of staying home to watch the final tribulations of Walter and Jesse had been a personal thinking-point, but when three of the most progressive melodic beat-freaks are together on one bill, it’s easy to risk overhearing plot spoilers or gazing upon internet memes, for three-hours of skillfully layers beats and destination-less melodies. 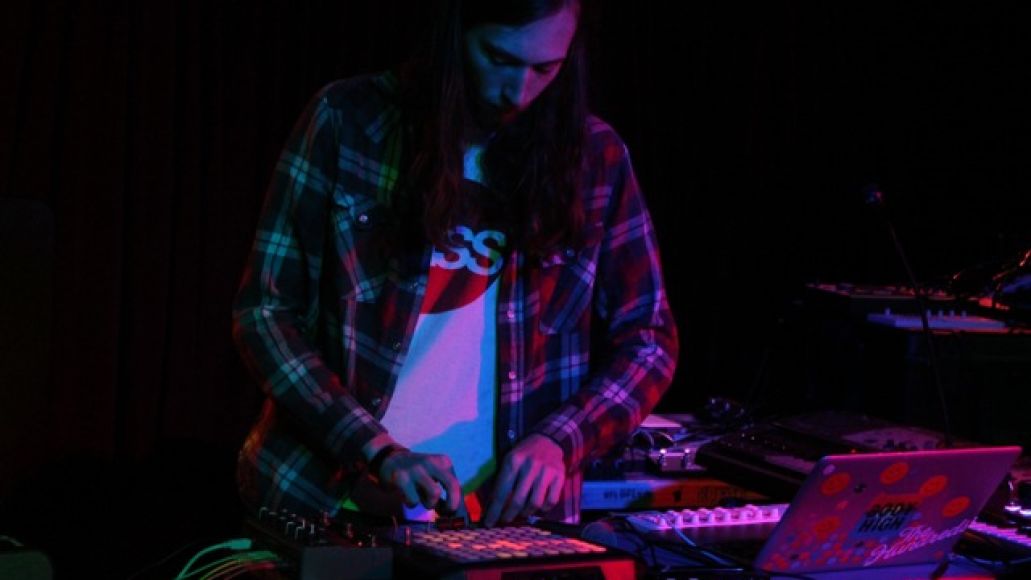 Although Jerome LOL’s selections also exist in the easy-going tempos, the Body High co-founder worked feverishly across a laptop, keyboard, drum pad, midi guitar and mini-synth to keep samples and impromptu phrases steadily evolving and decaying across the rich aural tapestry. A sense of experimentation could be felt as Jerome readied his vocoder or tapped along on the fortuitously positioned synthesizer. As if attempting to place his midi-guitar chords through the churning blades of a putt-putt windmill, Jerome would anxiously await for the loops to synchronize. When all the moving parts would finally coalesce, Jerome was just as eager to dismantle — occasionally breaking into break-beat IDM that had many covering their eardrums. But like witnessing a distant car wreck, human nature compelled many to fight through the displeasure and search deeper into the schizophrenic hysteria. All of the chaos coming from just one man desperately in need of a third-arm to tweak just one more knob.

It was the tech itself that was a main concern for Will Wiesenfeld (aka Baths) and live collaborator Morgan Greenwood. With two workstations covered in controllers and other gadgets, Greenwood and Wiesenfeld were caught on multiple occasions unable to identify the source of production issues. Uniting in early summer to perform the challenging Obsidian live, the duo are still working out some of the kinks. And unlike other electronic outfits that keep to their own stations, Wiesenfeld and Greenwood are continually reaching over to one another’s controllers. Despite the setbacks — slightly compounded by Wiesenfeld’s inability to start and actually finish a joke — the emotive effectiveness of selections like “Miasma Sky” and “Worsening” are far heavier in the live setting when given the opportunity to stare into the distant stare of Wiesenfeld. Primarily sharing new material, fan-favorites “Apologetic Shoulder Blades” and “Maximalist” still found a home during the hour-long set. 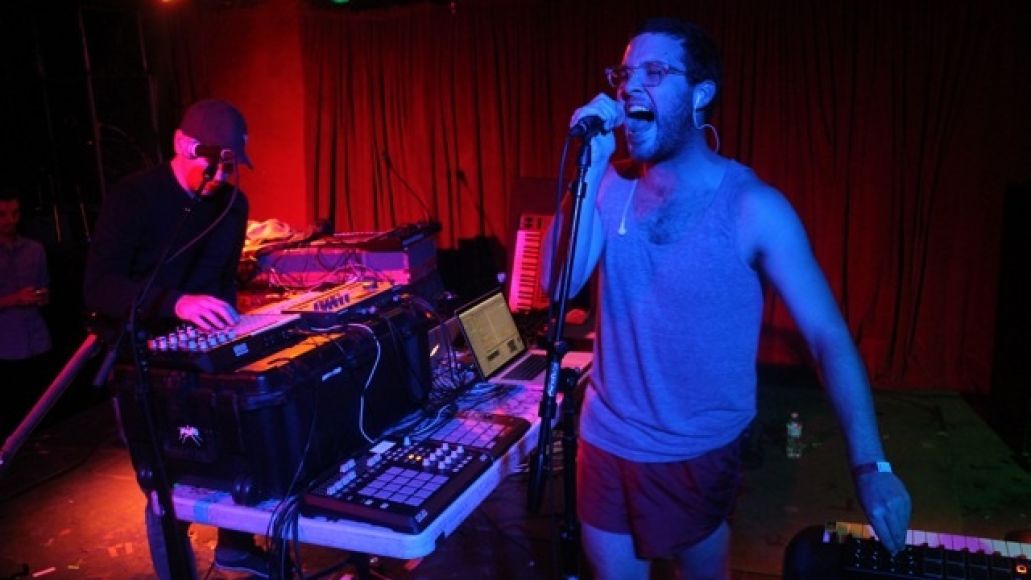 Absent any overwhelming light display, the night was still profoundly multi-sensory. While most beats producers prefer the comfort and security of their laptop, all three artists took us through the ballet that is live production. Not always beautiful, it surely separates the artists from the strict EDM entertainers.