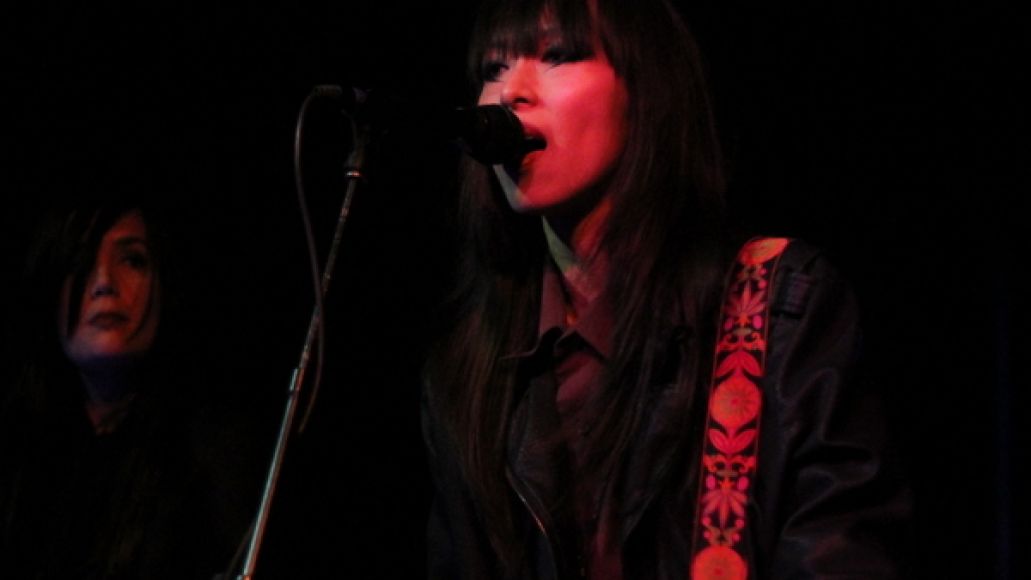 Darkness reigned supreme in Los Angeles on Friday night. While Cold Cave delighted fans downstairs, the sonically disparate but similarly moody Dirty Beaches and SISU played to a sold out crowd in the more intimate, upstairs area of the Echo.

SISU is Finnish for extreme perseverance, and it’s taken exactly that for multi-instrumentalist Sandra Vu to make the project a reality thanks to being the sole creative force and her extensive touring schedule as drummer for Dum Dum Girls. Onstage, that perseverance manifested in the form of an intense urgency amongst Vu and her band as they transfixed the crowd with an ’80s-flavored sonic onslaught. Drawing from both the long in-the-works debut album Blood Tears and the recent Light Eyes EP, SISU brooded with an ominous blend of new wave, post-punk, and classic 4AD shoegaze swirling. 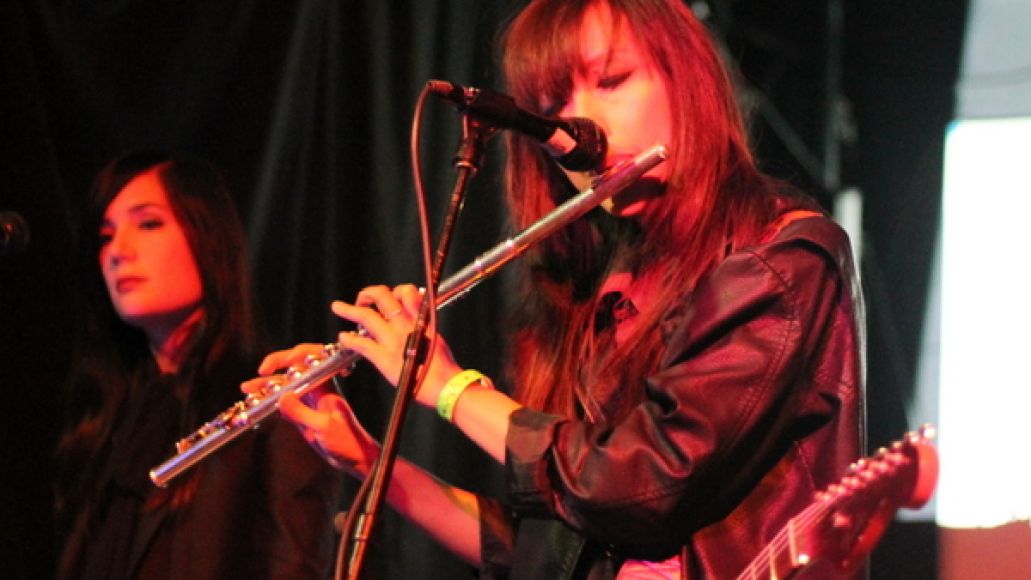 In contrast to Dum Dum Girls’ deliberate vintage surf/garage style, SISU channeled an array of vintage sounds to literally keep the audience on their toes. Throughout their 40 minute set, bodies were repeatedly pulled into a sway as marionettes by dark wave synths and a post-punk groove, then brought to a sudden stand-in-awe-of-the-dissonance stop, with Vu’s hypnotic melodies remaining the one constant. Perhaps to poke fun at the EP and album being available on cassette, or to leave the nerds of the crowd even more smitten, Vu joked that they were available for purchase in all formats, including USB stick and disks of both the zip and floppy varieties, before an enthralling rendition of Light Eyes dreamer “Ofelia”. Vu reportedly never intended to front a band, but her cool, detached charisma and vast musical vision are most formidable as the leader of SISU, rather than in the back as a drummer for hire.

Contrary to all the austerity of the evening, headliner Dirty Beaches began with a hug between Alex Zhang Hungtai and bandmate Shub Roy. Opening the set was an extended drum pad pummel that was akin to the a foreboding pound on the door, with a portal to hell on the other side. Just when the ear-ringing thump seemed as if it might never end, Dirty Beaches’ atmospherics shifted into more danceable textures with a voice drenched in alienation. 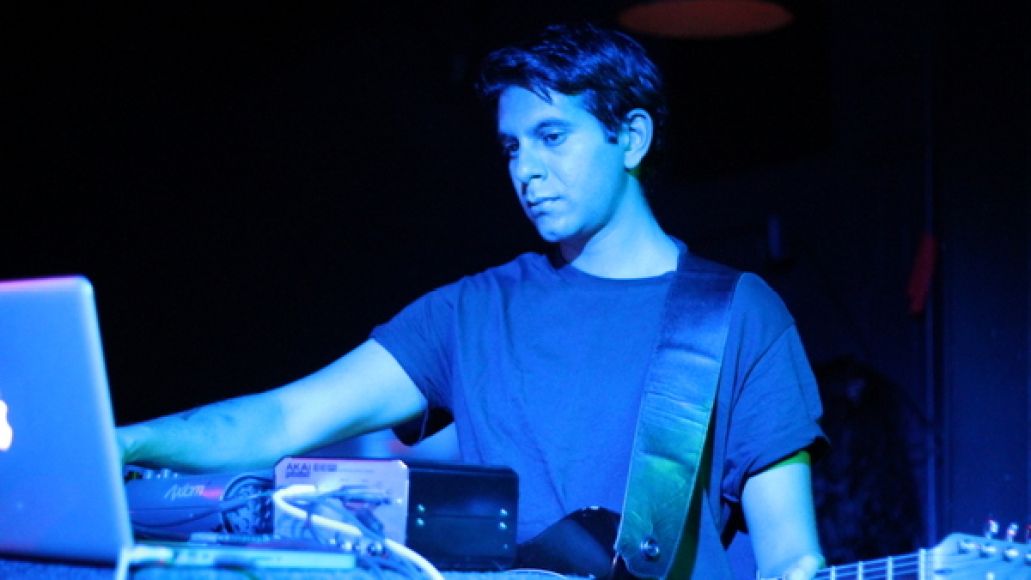 Like SISU’s  Blood Tears, Dirty Beaches’ recent double album, Drifters / Love Is the Devil, was fueled by a breakup, and an unshakeable mood of longing rolled over the crowd. Traditional noise outfits rely on guitar abuse and percussive freakouts, but Dirty Beaches were a cacophony of synths and pre-recorded samples. Thanks to Hungtai’s signature low croon, Dirty Beaches gave an approximation of what the result would be if Scott Walker ever were to join Suicide onstage for a wail.

Less than 40 minutes after taking the stage, Roy and Hungtai concluded with another hug. Because their journey through desolation ended too soon, the audience screamed for more until their pleas were rewarded with another round of yelping discordance for a rare encore.