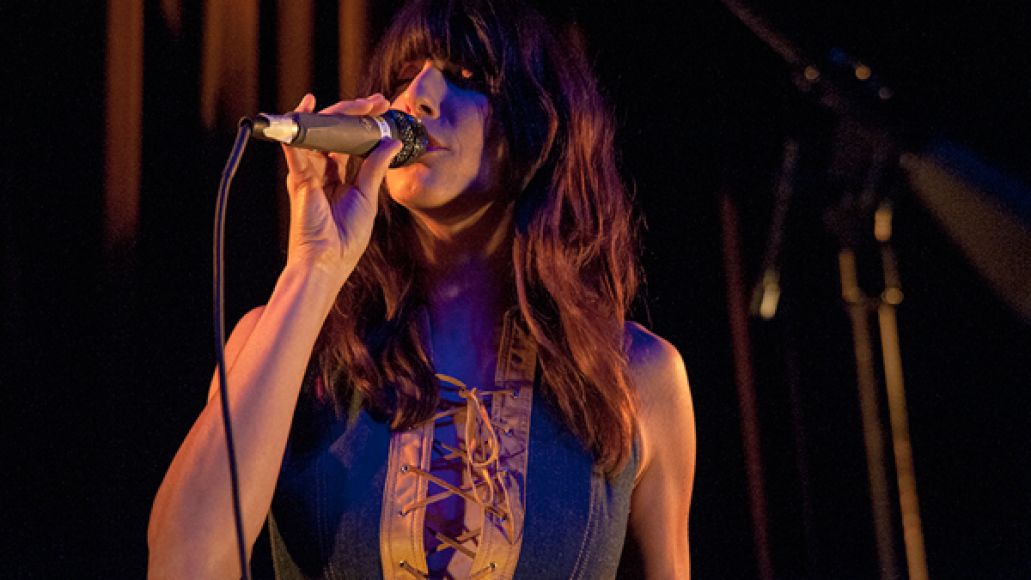 The term “Laurel Canyon sound” gets thrown around rather carelessly, and I’m about to contribute to the problem. Although the Canyon is an actual place, its music seems to be more of a state of mind, a sun-baked hillside where, at night, any number of roots rockers sit around a bonfire jamming out. Late-70s Fleetwood Mac is there, never mind that three-fifths of the band is from England. Joni Mitchell is there. Her fellow Canadian Neil Young is there too, even if he mostly just lurks around the shadows and disappears whenever Harvest comes out. In fact, the only true Los Angelians around this campfire are Jackson Browne and Dawes, the latter of whom will snap a picture of the scene for their next album cover.

So, in the tradition of the Laurel Canyon sound, Nicki Bluhm‘s opening act, Santah, doesn’t actually come from the Golden State. Hell, they’ve probably never even lived there. Instead, they reside in Chicago, which perhaps results in their chillier take on California pop. Despite the beatific bass line of “Indigo”, its lonely reverb and ship-belly vocals blew a cold, yet welcome wind over the weathered genre at last night’s free concert, presented by American Family Insurance and Paste Magazine at Lincoln Hall. 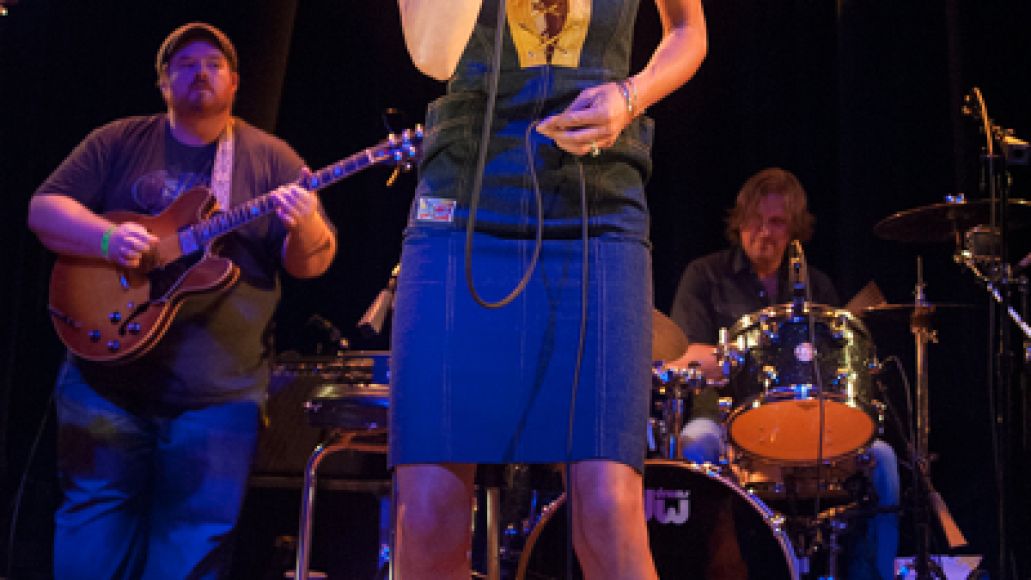 The San Franciscan Bluhm and her crack backing band, The Gramblers, don’t hail from the Canyon either, but upon taking the stage, it was apparent that they wear the influence of the above acts more earnestly on their collective flanneled sleeve than their opener. Nicki culls a good deal of her dance moves from Stevie Nicks sans the silly mysticism, while her husband, co-writer, and keyboardist, Tim Bluhm, wraps many of their songs in a warm wash of Hammond organ. Unlike the Mac, however, there seems to be an easy kind of romance between them. Their kinship radiated from the stage throughout the evening, especially on their tumble-weeding duet “Stick With Me” (the first encore of the set). But the familial dynamic isn’t limited to just the Bluhms. Lead guitarist Deren Ney has known Nicki since they were children, and their chemistry bubbled during between-song banter and the lick-vocal tradeoffs of “Fever”, which brought the oft-covered jazz standard one step back toward its R&B roots.

If all of this sounds treacly, it’s not. I’ll always be partial to a spin on an overplayed sound as opposed to a simple extension of it, but the camaraderie amongst Nicki Bluhm & The Gramblers clearly comes from a genuine place. This ironclad bond even sells some of the clunkier lyrics. Although similes such as “…Like you’re walking in a dream” and “The rain is cold as as a bottle of gin” will never escape their inherent corniness, they went down easier when sung by a band who has stage presence in spades and, most of all, nothing but love for each other.