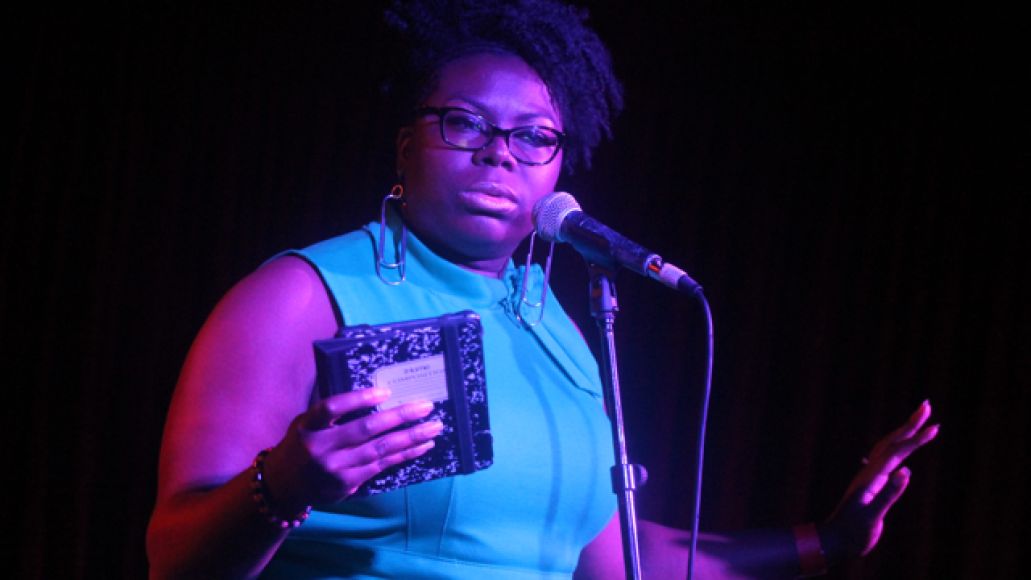 I’ve sort of back-tracked through the career of Saul Williams. First discovering Williams in 2007 through his work on Nine Inch Nails’ Year Zero, the NYU graduate made an immediate impression as a gifted vocal collaborator. It was later that same year, while watching Williams support The Inevitable Rise and Liberation of NiggyTardust!, that both I and fans across the United States were introduced to the many disciplines of Williams, his incessant flow across challenging rhyme schemes, an ability to write dense, socially-conscious narratives, and the cultivation of a live performance that straddled one-man off-broadway play and an energetic left-field hip-hop showcase. On Tuesday night, Williams hit the intimate stage of the Grog Shop to practice his first love: spoken word. The experience not only opened my eyes to the power of this artform, but a side of Cleveland of which I had previously been unaware.

Hosted by the city’s Lyrical Rhythms, the early part of the evening was dominated by the wits of the area’s best slam poets. Unversed in this culture, the room initially felt mildly intimidating. Hailing from rural Indiana, these tales of urban struggle shrouded in foreign analogies and regional linguistics at first left me two steps behind, searching for connections between intricate verbiage and shifting characters. My approach was simply wrong. Those half-dozen poets were painting unique pictures, and getting caught up in the process was limiting my appreciation for the broader imagery. So, while I admittedly might have missed some of the context, during those two hours I began to feel more connected with Cleveland and its people than I had in the previous three months since relocating to the “Sixth City.” 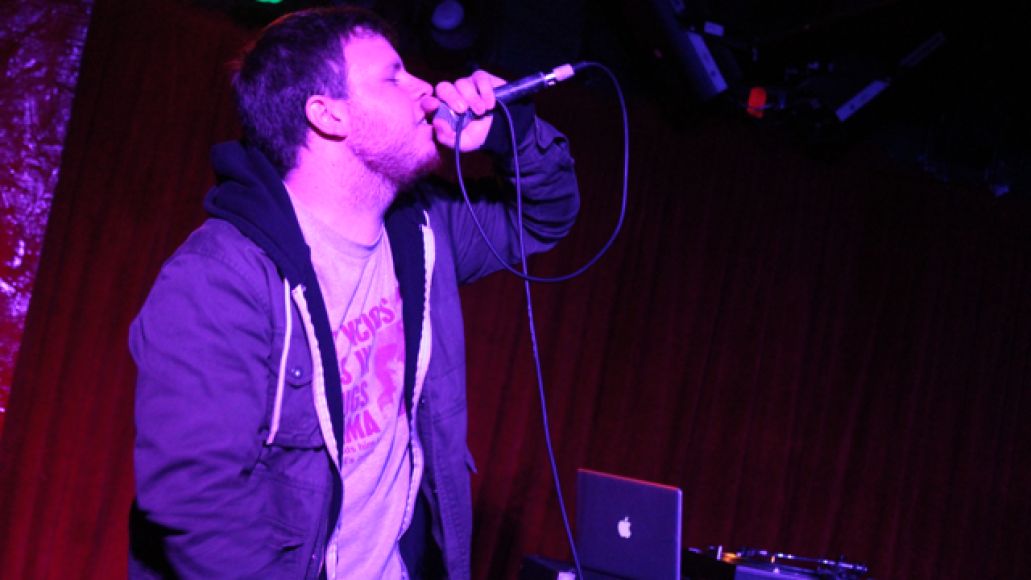 While the evening would have flowed more smoothly if Williams immediately followed in the echoes of the poets, local rapper Ghost Noises took to the stage to share his own dark comedy in the form of bass-heavy hip-hop. Less than a year into this artistic journey, Ghost Noises is still excessively rough around the edges. Possibly due to the night’s sound engineering (designed to work effectively for the poets as well as the rappers), Ghost’s guttural verses were inaudible across the room, a problem made worse by the over-compression of the beats. As a result, the beats hit hard, but without clarity between textures or the ability to hear Ghost’s messages, they veered wildly from their target. It wasn’t until the set rolled to a close, and Smoke Screen joined Ghost Noises on stage to form the three-piece Smoke Noises, that the audience began to appreciate the shift from slam poetry night to rap onslaught. The set was rough, but for those that lasted until the closing moments, the soulful tides and half-sung verses of Ghost’s “Psychedelics” provided a compelling intro for Williams’ performance.

There is very little difference between a Williams’ poetry slam and a live performance with a backing DJ/band. Williams has never altered his flow when making the transition from poet to songwriter; songs are just poems paired to instrumentals. Walking up to the microphone, book in hand, I started to expect an extended poem reading. However, within those pages were William’s lyrics, the book used more as prop than lyrical crutch. Peering out into the crowd, Williams worked through the powerful verses of singles including “DNA” and “1987”, plus spoken-word tracks “Shotgun To The Head” (“Shotgun to the head smells like teen spirit”) and “Coltan As Cotton”, the latter first appearing as a note on his Facebook page in January of 2013. 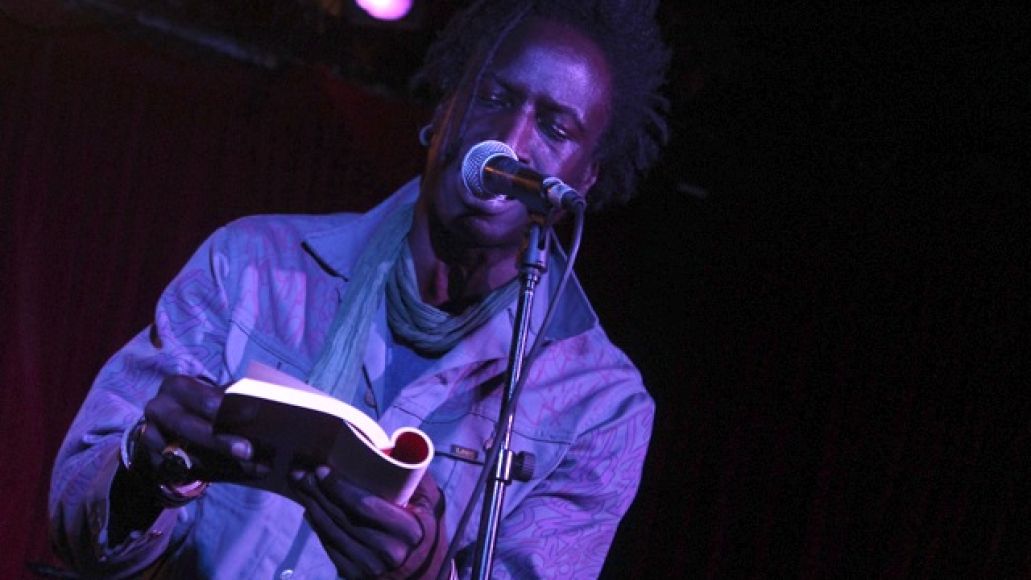 Speeding precariously through these rhymes, Williams seemed to fall into a trance. Throughout the course of the evening, he only addressed the crowd once — to tell onlookers “I guess I really didn’t feel like talking.” The lack of interaction proved irrelevant, the entire experience offering a glimpse into the complete being that is Saul Williams. Taking to the stage to entertain an anticipatory crowd is challenging enough, to do so completely bare of accompanying instrumentals or vocalists would be an impossible task for many. Williams only appeared more powerful due to that connection. The evening wasn’t perfect, but when Williams would miss a beat or allow a pronunciation-hiccup to interrupt his flow, he would only grow more determined in his delivery and gaze more deeply into the souls of his fans.