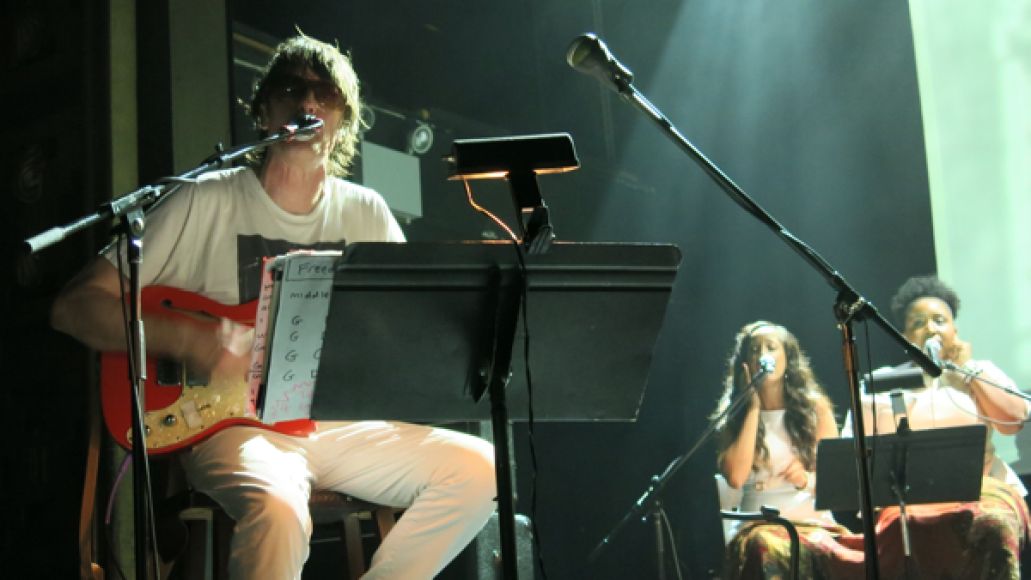 It’s easy to forget, given all the strings and pomp and pleas to a higher power, but Spiritualized is a rock band. Not the way, say, Vampire Weekend is a rock band, but a rock band — the bracing, psychedelic kind, given to brash, ear-splitting freakouts and thickly coated drones and harmonica squalls. You know, the blues — fed through a gospel choir and beamed down from Mars.

That side of J. Spaceman and co. was largely absent from 2008’s otherwise solid Songs in A&E, a literal recovery effort. It made a return to the group’s live shows the following year, when they began performing 1997 masterpiece Ladies & Gentlemen We Are Floating in Space in its entirety. And it highlighted the group’s lengthy Tuesday night set at Webster Hall, deafening 2,500 or so fans with recent cuts (“Hey Jane”), ’90s epics (“I Think I’m In Love”), and much in between. Spaceman may be a comically uncharismatic frontman (seated on a stool, he neither removed his dark shades nor spoke a single word to the audience). But his command of musical texture, of the sheer potential of sonic expression to capture the familiar extremities of human emotion, was of far more interest. 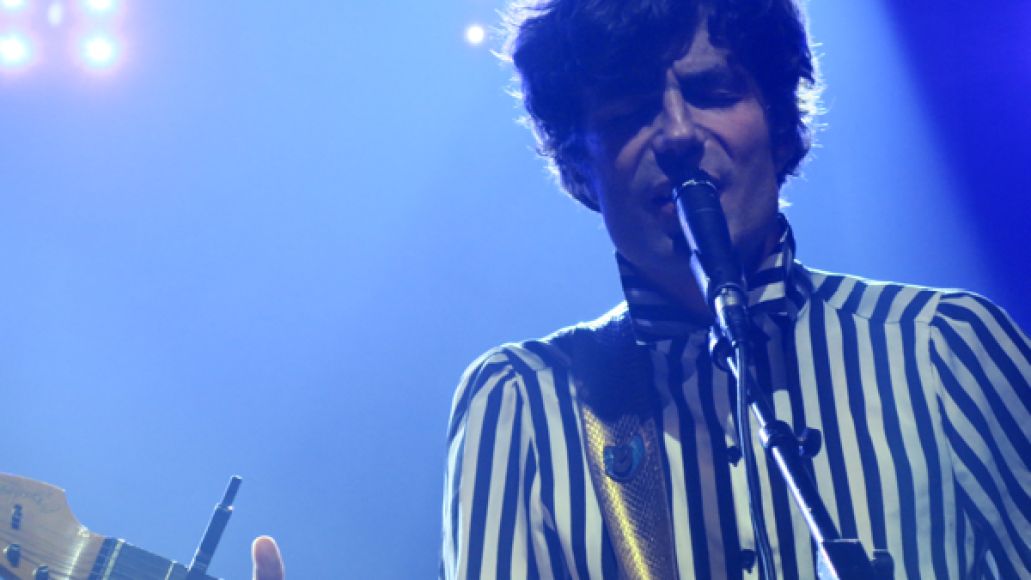 Curiously, Songs in A&E seems to have been purged from the group’s (frustratingly rigid) setlist altogether. Its material was replaced by three of the more raucous cuts from last year’s Sweet Heart Sweet Light. “Hey Jane” was the best of the bunch, a fiercely energized guitar-rock number buoyed by a steady Krautrock groove and Doggen’s nagging lead riff. So, too, did a surprising amount of material from 2003’s Amazing Grace make the cut, perhaps in the knowledge that that album’s passable attempt at stripped down garage-rock fares better onstage than on record — “Rated X” made for a thrillingly eerie interlude and “Cheapster” positively surged, though two back-up vocalists wasn’t quite enough to capture the gospel-tinged grandiosity of “Lord Let It Rain On Me” demands.

Speaking of which, Ladies & Gentlemen We Are Floating in Space continues to garner the biggest crowd reactions: “Electricity” offered just what its title promises, amply fulfilling J. Spaceman’s scorched-earth blues fantasies, and a marathon-length “I Think I’m in Love” made me wish I hadn’t missed the Ladies & Gentlemen tour, even despite some needlessly cornball blues flourishes on the guitars. It’s just the tenderer songs where the band sometimes runs into trouble live —  it’s too big to approximate the tortured intimacy Spaceman manages on record, so it settles for sentimentality instead. 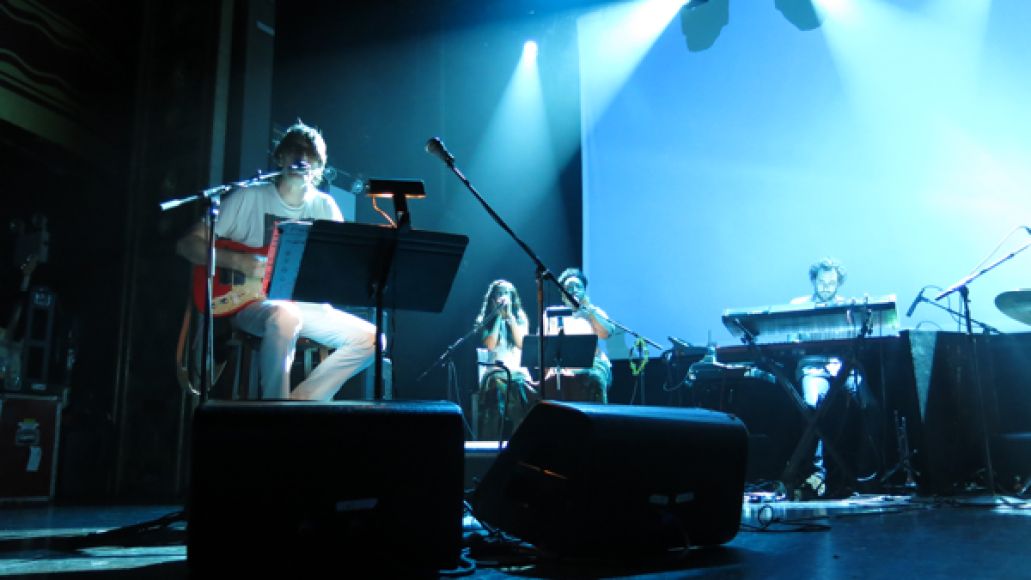 Then again, you can’t fault J. Spaceman for not quite capturing those astounding vocal harmonies on Ladies & Gentlemen‘s heavenly title track — no one can, except a brokenhearted J. Spaceman in 1997. Acknowledging his applause after an encore that offered a lovely detour into 1995’s Pure Phase (“All of My Tears”), the frontman kept his silence and simply applauded at the crowd —  perhaps because music of such labored scope and drama demands an equally vast audience to take it all in and echo it right back.

Setlist:
Here It Comes (The Road, Let’s Go Down)
Hey Jane
Electricity
Home of the Brave
Lord Let It Rain On Me
Perfect Miracle
Rated X
Oh Baby
Ladies and Gentlemen We Are Floating in Space
She Kissed Me (It Felt Like a Hit)
Let’s Dance
Cheapster
I Am What I Am
So Long You Pretty Thing
I Think I’m In Love
Take Your Time
Encore:
All of My Tears