Welcome to Modern Classics, an ongoing series where Consequence of Sound’s staffers and contributors discuss albums within the last 10 years that may now be looked upon as a “modern classic.” Today, Randall Colburn’s celebrating the 10th anniversary of The Decemberists sophomore album, Her Majesty The Deccemberists, and how its humane nature separates it from the rest of Colin Meloy’s celebrated catalogue.

An old English tongue twister, often used by college acting majors as a vocal warm-up, an entry point into the labyrinthine, soft-impenetrable language of Shakespeare or Marlowe. Also, it serves as the coda to “Song for Myla Goldberg”, a track off The Decemberists’ 2003 sophomore album, Her Majesty The Decemberists, that’s typically considered the entry point into a record of labyrinthine, oft-impenetrable songs.

Chief songwriter Colin Meloy’s subtle, intentional misquote–replacing “you” with “I”–paints a picture of the young songwriter as a shuffle-toed actor mumbling warm-ups and peeking through a red velvet curtain at the auditorium’s gathering masses. And though it’s no grand revelation to compare The Decemberists to a troupe of traveling barnstormers, a breathing evocation of cramped schoolhouse stages and costumes cobbled together with Scotch Tape and Spirit Gum, it’s most apt to do so with Her Majesty. Because despite the costume-laden cover art of Picaresque, Her Majesty is by and large the band’s most theatrical record. 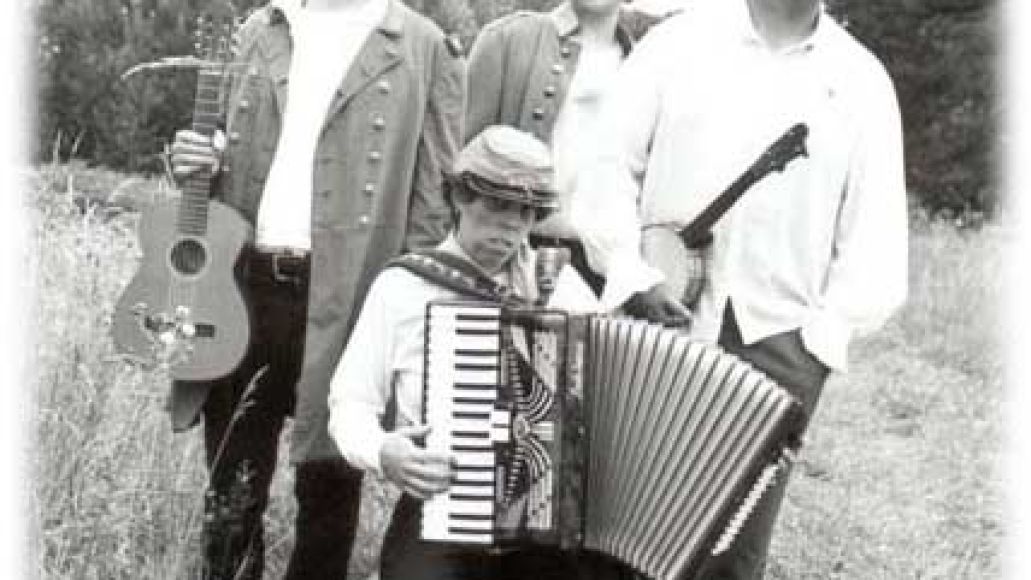 This may sound like a bold statement, especially considering The Hazards of Love was initially conceived as a stage musical. But I refer not to the outsized emotions and garish trappings of a Broadway affair, or the well-made narratives unfolding across Picaresque’s runtime, but to the fringe-like feel of Her Majesty, which evokes the kind of sloppily ambitious fare you’ll find in the moldy basements of moldy buildings.

Perhaps it’s the ominous creaking inciting “The Shanty for the Arethusa”, the lo-fi splash that conjures images of a pirate ship forged from cardboard and whittled sticks. The song’s fragmented tale of the ill-fated Arethusa is as gauzy as the gilded cloth it references, as is the characterization of the Jewess and the mandarin Chinese boy, yet their carefully constructed ambiguities unspool more yarns than any tale on the frustratingly perfect Picaresque.

Elsewhere, “The Gymnast, High Above the Ground” and “I Was Meant for the Stage” both surpass the seven-minute mark, but unlike the epics of Picaresque and The Crane Wife, they’re not broken down into sections, nor do they invite a rehearsed round of audience interaction (fun as “The Mariner’s Revenge Song” routine is). Their ambling, meditative structures feel curiously intimate and, dare I say, vulnerable.

That vulnerability is key to Her Majesty, in part because The Decemberists have always come across as such a confident band. And though Her Majesty is a confident record, it masks an inner terror. Simply observe the structure of “I Was Meant For the Stage”. For the first four minutes, Meloy extols himself as a god amongst actors (“the heavens at my birth/ intended me for stardom/ rays of light shone down on me/ and all my sins were pardoned”), but in the final three he collapses beneath an eruption of horns and cymbals that could easily represent thunderous applause though also an onslaught of flung tomatoes.

Rounding out the record are songs born from the cultural zeitgeist: “Billy Liar” first appeared in an obscure English novel, “The Bachelor and Bride” references conceptual artist Marcel Duchamp, “Song for Myla Goldberg” is, well, about author Myla Goldberg. But, like any great artist, Meloy is not bound to his influences. Instead, he latches onto their loose threads, furiously yanking his way into a different narrative altogether. 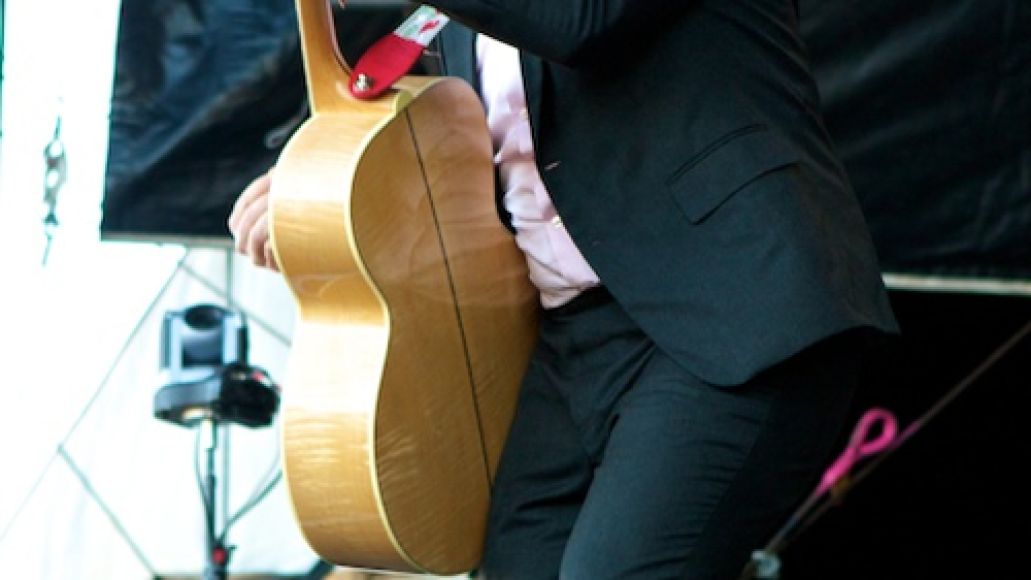 The result is a collection of songs that are excessively literary but lacking in pretension; heartfelt and ambiguous yet completely unaware of themselves. Unlike other records in the band’s catalogue (all of which I celebrate, I feel the need to highlight), there are no conscious efforts to be precious, no overreaching attempts to create a satisfying whole. There are no endings, just beginnings. “Red Right Ankle” spins three of its own, replete with ambiguities, melancholy, and stories too tired to find an ending, thus making them not quite stories at all. They’re ornate sketches starring translucent creatures and wisps of tragedy. They’re showcases for supporting characters. They’re, in many ways, characters without stories. This is, perhaps, what makes the album a tough listen for some, but for me it cements Her Majesty as the most humane of its contemporaries, for it eschews the well-made structure without anchoring itself on a put-upon aesthetic of adorable amateurism.

Her Majesty is The Decemberists’ first true manifestation of what’s undoubtedly the band’s defining aesthetic (one they admittedly distanced themselves from on 2011’s The King is Dead, but I digress). And for bands that sport such a signature sound–the kind that sears itself into the zeitgeist by virtue of its originality–that seminal album stands as the foundation for a career spent tweaking, fine-tuning, and honing that sound. Alongside Nirvana’s Nevermind, The Hold Steady’s Separation Sunday, or Godspeed You! Black Emperor’s F# A# ∞, Her Majesty presents itself as the purest effort from a band that, at least for a spell, became bound by its own aesthetic.

So, if Castaways and Cutouts found Meloy and company dominating an Ivy League’s open mic and Picaresque cast them as leads in their own musical, then Her Majesty captures those years running the boards, dumping finances into plywood and shoestrings, preparing for that one, ineffable moment in the spotlight. The one suspended in that razor-thin space between creation and consensus, when the work is simply a breathing entity, something that’s yet to determine your success and failure. It captures Colin Meloy, a promising young artist, peeking through a curtain, those warm-ups trickling off his tongue.