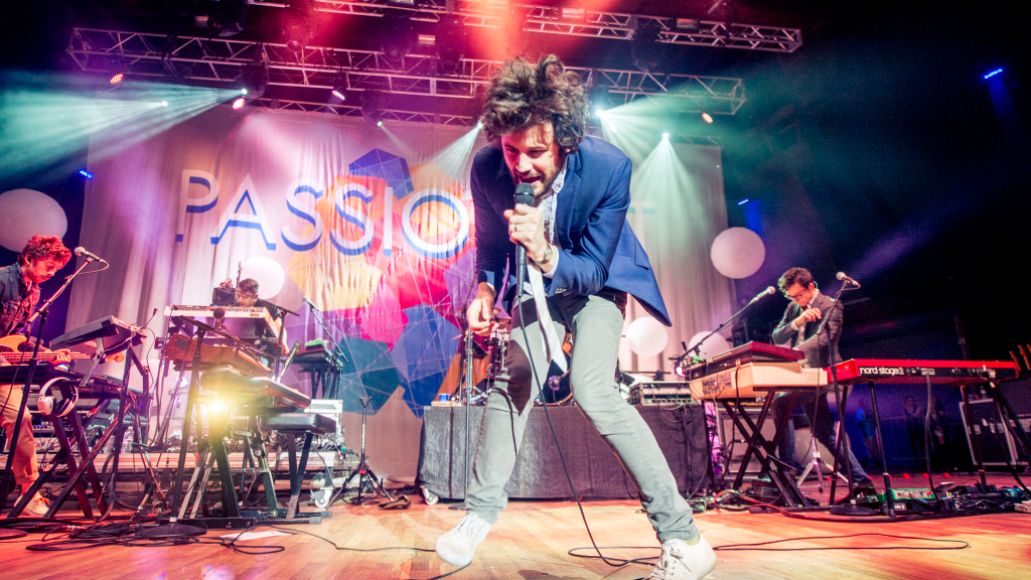 Chicago experienced severe thunderstorms on Friday night, prompting North Coast Music Festival to temporarily evacuate its attendees. Many of the scheduled performers eventually took the stage later in the evening, however, the night’s headliners, Passion Pit, were forced to perform an impromptu DJ set after most of their gear was destroyed in the storm.

[Friday night] in Chicago, our gear was completely annihilated by weather. 70mph winds blew tarps and covers off of our equipment, allowing enormous amounts of rain to destroy a large portion of what we now know, as of today, to be approximately 75% of our gear. As a touring band that is proud to actually perform electro-pop as opposed to just pressing play, using many keyboards, both analog and digital, this is a nightmare we’ve had for quite some time. It’s almost incredible that it hasn’t happened already.

Well, it happened, and now we’re doing our best to recover.

Passion Pit is now actively looking to replace its equipment, however, its upcoming dates in Canada will also come in the form of DJ sets.

[Saturday] in Calgary — and tomorrow in Edmonton — we will be doing a kind of “DJ set” in place of performing. This is because we really cared about coming to these new territories in Canada. We felt that at least attempting to have some fun and connecting with our fans was a much better idea than canceling altogether. Again, we are a band obsessed with performance, and DJing is not close to what a real Passion Pit performance really is. However, that being said, we look forward to at least showing our fans, the promoters, and everyone involved, that we actually care.

The band plans to return to a full-band stage setup in time for its webcast performance for Live on Letterman scheduled for Wednesday, September 4th. Check out their full docket below.

Photo, above, by Joy Asico