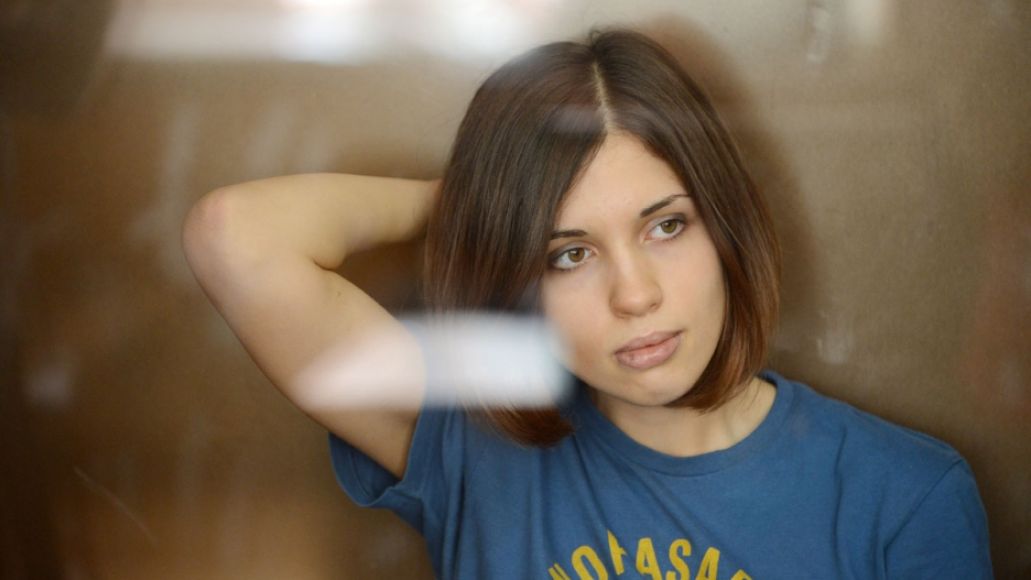 Pussy Riot member Nadezhda Tolokonnikova is currently serving a two-year prison sentence in Russia after being found guilty of “hooliganism motivated by religious hatred or hostility” stemming from a protest at Moscow’s Christ the Saviour Cathedral. In a letter published in today’s Guardian, Tolokonnikova details at length the numerous human rights violations taking place at her prison camp, Morodiva, and why she is declaring a hunger strike effective today (Monday, September 23rd). It reads like something out of a movie, it’s that terrible:

— She routinely works 16-17 hours a day in a sewing shop (as opposed to the eight hours required by the human rights labour code). Despite having out-of-date machinery, quotas continue to increase, and if workers fail to deliver on quotas, they are humiliated and/or beaten.

— On a typical night, she and her fellow inmates receive four hours of sleep.

— Workers are required to work regardless of illness, otherwise they’ll be humiliated and/or beaten.

— Prisoners are forced to stay in the lokalka [a fenced-off passageway between two areas in the camp] until lights out, regardless of weather conditions.

— Plumbing routinely breaks down, and inmates go weeks at a time without showering or having access to working toilets.

— In 2010, wild fires came dangerously close to prison walls. Rather than evacuate inmates, prison officials put them to work without food and in thick smoke. Inmates detailed the horrors in diaries, which were confiscated and destroyed by prison officials after the fact.

— Any inmate who attempts to report these violations to outside world is punished with additional work hours for not only herself but her entire unit. “They use collective punishment: you complain there’s no hot water, and they turn it off entirely.”

Tolokonnikova goes on to explain:

Over the course of the following weeks, life in my unit and work brigade became impossible. Prisoners with close ties to the administration began egging on the others to get revenge. “You’re forbidden to have tea and food, from taking bathroom breaks, and smoking for a week. Now you’re always going to be punished unless you start behaving differently with the newbies and especially with Tolokonnikova. Treat them like the old-timers used to treat you. Were you beaten? Of course you were. Did they rip your mouths? They did. Fuck them up. You won’t get punished.”

Over and over, they attempt to get me to fight one of them, but what’s the point of fighting with people who aren’t in charge of themselves, who are only acting on the orders of the administration?

Mordovian prisoners are afraid of their own shadows. They are completely terrified. If only yesterday they were well-disposed toward you and begging, “Do something about the 16 hour work day!” after the administration started going after me, they’re afraid to even speak to me.

I turned to the administration with a proposal for dealing with the conflict. I asked that they release me from the pressure manufactured by them and enacted by the prisoners they control; that they abolish slave labour at the colony by cutting the length of the workday and decreasing the quotas so that they correspond with the law. The pressure has only increased. Therefore, beginning 23 September, I am going on hunger strike and refusing to participate in colony slave labor. I will do this until the administration starts obeying the law and stops treating incarcerated women like cattle ejected from the realm of justice for the purpose of stoking the production of the sewing industry; until they start treating us like humans.