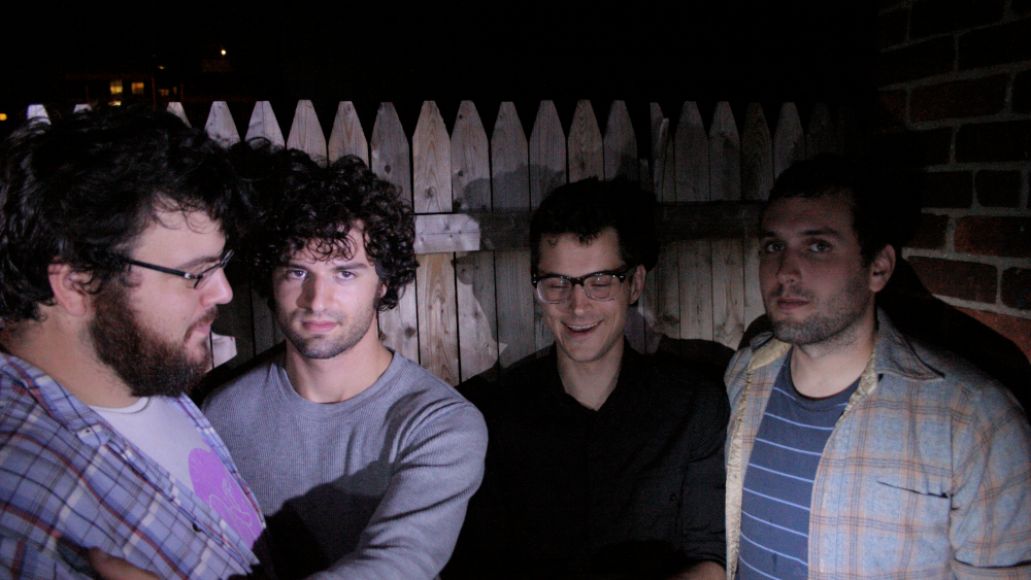 These last few years Shark? have hooked their share of fans swimming around the Brooklyn scene; a handful of successful online fund-raising campaigns are proof of that. With the inclusion of their single “Califronia Grrls” on the Grand Theft Auto V soundtrack and in-game radio stations, the lo-fi rockers’ territory is headed for expansion. Helping them mark out some new turf will be their latest record, Savior, out October 1st on Old Flame Records.

The album is the true home of “California Grrls”, but the other nine tracks on the album aren’t all garage rock blasts of disdain. In fact, new single “Wither” goes the other way entirely. Shark?’s usual electric guitar onslaught is replaced with an acoustic riff that could’ve been born in the bedroom of some indie songwriter in the 90s or early aughts. Carlos Hernandez and Julian Fader of Ava Luna provide a powerful swell of strings as Shark?’s Kevin Diamond laments, “I’ve been waiting so long / for you to come back home / like a boomerang that / does not know its master.” It’s an earnest lost-love track with a golden hook, proving the diverse Shark? isn’t solely about fuzzed-out bites.

Savior is available for pre-order on the Old Flame Records website. Full tracklist below.

Shark? share their softer side with new single, "Wither"