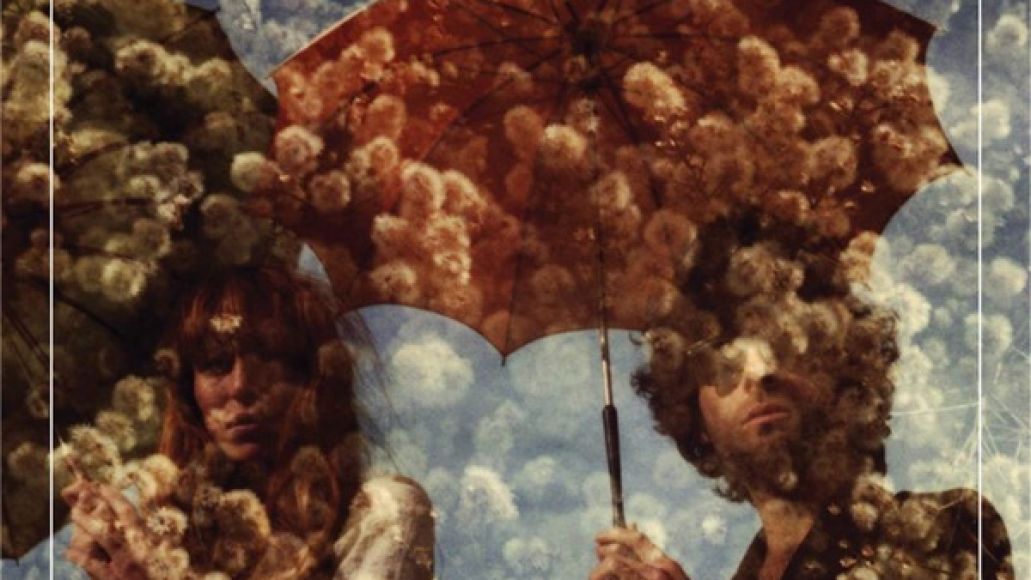 Heavy guitar-drums duos aren’t exactly a rarity these days; from The Black Keys to Japandroids to Shovels & Rope, cacophonous couples play every genre from every spot on the map. Golden Animals, on the other hand, remain unique with regards to how their geographical diversity impacts their 60s-infused blues-rock sound. Guitarist/singer Tommy Eisner originally hails from Baltimore, and drummer/backup vocalist Linda Beecroft was born in Sweden. Since forming in 2006, however, the band has split time between Brooklyn and the California desert, and those locations have paved the road for Golden Animals’ aesthetic journey.

Working on the long-overdue followup to their 2008 debut, Free Your Mind and Win A Pony, Eisner and Beecroft hunkered down in a California cabin and canned an entire album. Though the location was a fitting well-spring for their Doorsian desert-psych, they were unsatisfied with what felt like a handicap of their songs’ potential. So they set off for Brooklyn – Williamsburg, precisely – and Vacation Island Records. There, engineer Matt Boynton (MGMT, Kurt Vile) added a sense of New York energy to their Mojave contemplation. The end result of this cross-country effort is Hear Eye Go, due out September 24th via Austin Psych Fest’s Reverberation Appreciation Society label.

More than the sum of the band’s physical, emotional, and crowd-funded drive, Hear Eye Go is most impressive because Eisner’s guitar and Beecroft’s kit are the only instruments heard. Sure, there’s a harmonica deep in the mix on opener “All Your Life” (courtesy of Oak Munson), but that’s it. The aforementioned track sounds like a Danger Mouse-produced Black Keys cut, equal in compulsion even as it’s the lesser in personnel. “The Letter” trips about in familiar psych waves, while “You Don’t Hear Me Now” ambles through the peaks and valleys of a spaghetti western. Elsewhere, “Tender Hearts” twangs on smokey club blues and “Save Your Love” stomps in a murky city corner.

With little more than their own prowess and resolve, Golden Animals capture all their musical and locational influences in succinct bursts of haunting psych-rock. Stream below.