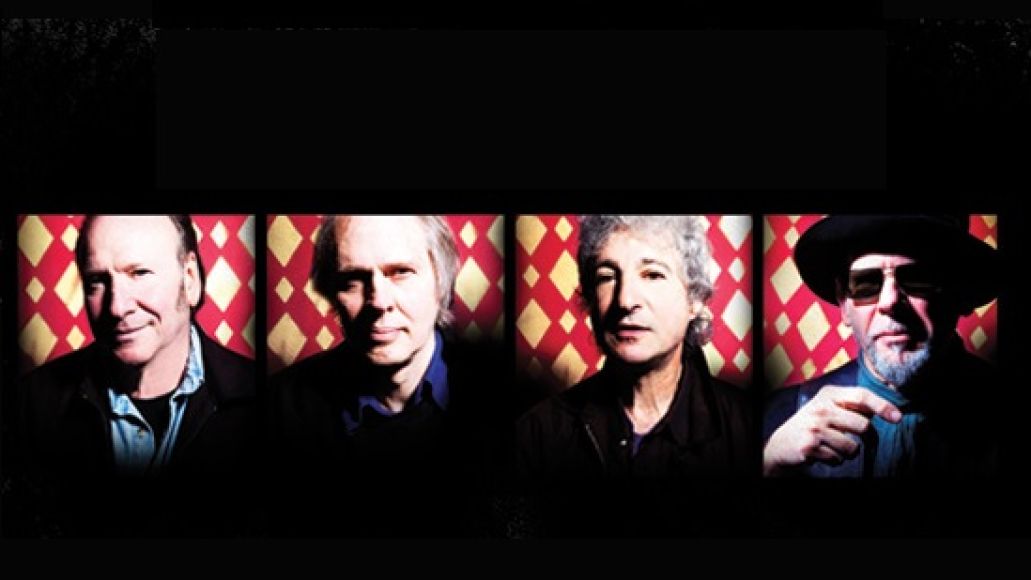 New York alt-rock icons Television have a new album. Whether or not you hear it, however, is up in the air. As Rolling Stone reports, the band laid down 16 new tracks over a week in December 2007 at New York’s now-defunct Stratosphere Sound in Chelsea. They’ve just been waiting for vocals and mixing… for six years.

“It might happen before we all die, I don’t know,” Television drummer Billy Ficca digressed on what would be their proper follow-up to their 1992 eponymous third album. “It’s sort of laying there.”

Engineer Geoff Sanoff, who manned the sessions, explained, “As soon as I found out who it was, I was like, ‘Cancel everything, we’re doing this. It sounded amazing. It was so clean and so crisp. As soon as you set them up playing, they just sounded like Television.”

“Tom [Verlaine]’s pretty adamant about making a real effort to make something new each time,” added guitarist Jimmy Rip, who replaced Richard Lloyd in 2007. “It doesn’t make for super-fast work, but it’s definitely an admirable goal.”

While there’s no plan for a release just yet, the members insist that the new material will make its way into their sets during their forthcoming reunion tour. As previously reported, they’ll be performing their classic 1977 debut, Marquee Moon, in full at a number of festivals both overseas and stateside. Consult the full itinerary below.