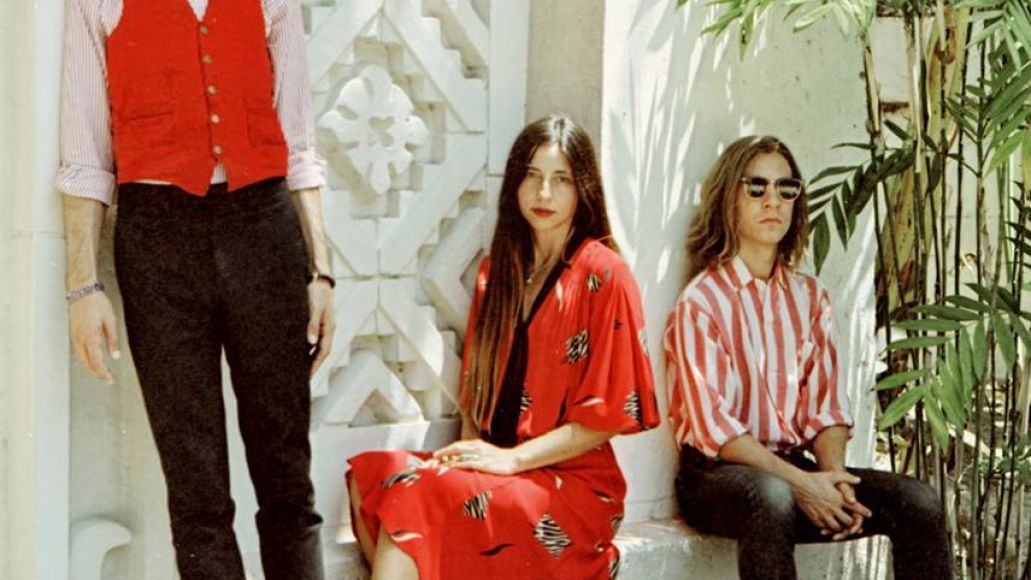 In 2009, The Entrance Band gained a semblance of consistency by signing to Thurston Moore’s Ecstatic Peace! Records for the release of their self-titled third album. However, following a lengthy tour, each member battled bouts of addiction and depression, at the time admitting they’d all but reached the project’s end. Fast forward to last August: with the band back on the straight and narrow, they released the Fine Flow EP followed by the Dans Le Tempete EP. After all the up’s and down’s, the trio was all the more committed to continuing onward toward whatever lay over the horizon.

“(We have emerged) from a long tunnel of addiction, anxiety, sorrow and sadness,” the band says in a press release. “But in these hells exist the perspectives that allowed (us) to see the journey through, to willfully turn toward the light and take in the prism of paradise.”

They’ll get their chance at the “prism” with the release of their first full-length since 2009, Face The Sun, due out November 19th via Beyond Beyond is Beyond. The nine-track album is built on the trio’s “notable personal struggles and transformations,” resulting in a collection of songs “forever burning with potentially dangerous warmth, yet endlessly illuminating.”

For a road map of where they are headed, the band’s unveiled lead single “Fire Eyes”. Pulling back on their inclination toward hazy psychedelics, they’ve crafted an anthem for some neo-spaghetti Western, with the one-two punch of bass and drum supporting a twangy guitar line built for some classic John Wayne shootout. With that more streamlined, country-fried aesthetic, the band focuses more on reaching out and plucking at listeners’ heart strings, delivering a tale of personal-trauma-turned-triumph that’s as raw as it is inspiring.