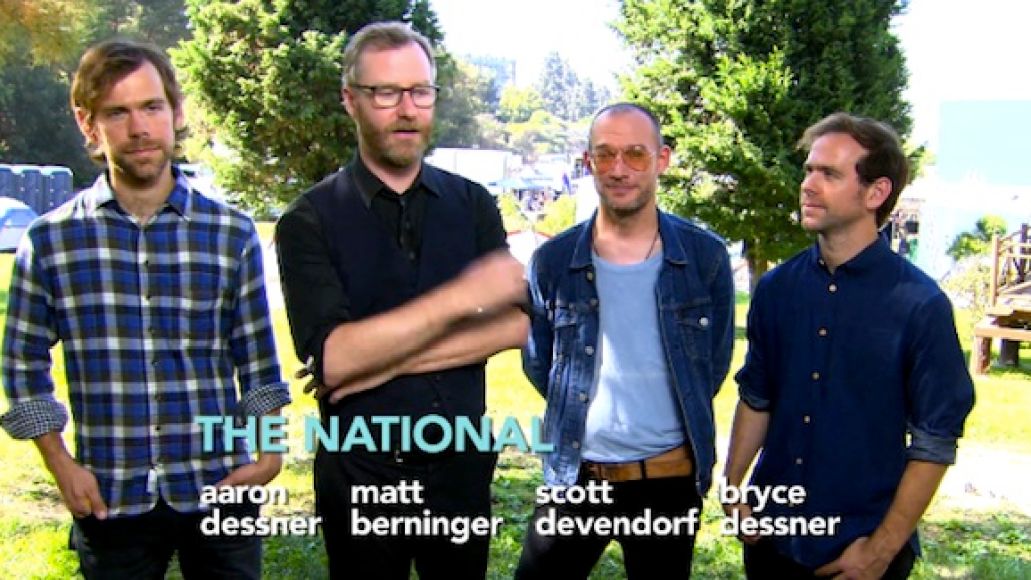 The National will soon leap from the stage right into your living room. Next month, the New York Institution will appear on Mindy Kaling’s Fox comedy, The Mindy Project, as headliners of the fictional Pennyfarthing Music Festival. Not only will the band perform an acoustic version of the Trouble Will Find Me track “This Is the Last Time”, but frontman Matt Berninger also gets a turn in the acting spotlight.

“I’m a big fan of the show and in interviews, they would ask me what I’d been reading lately,” Berninger said in a behind-the-scenes clip (via Pitchfork). “I kept saying The Mindy Project because I watch more TV than I read… We became really big fans of the show, so they invited us on.”

Berninger doesn’t take his “two or three lines” of acting lightly, either. Actor Ike Barinholtz (who plays Morgan Tookers) dubbed Berninger’s scenes as “very natural…very national.” (Ha! We got it.) The episode officially airs on October 1st at 9:30pm. Watch the behind-the-scenes video below.

The National to appear on Fox's The Mindy Project, watch behind-the-scenes video