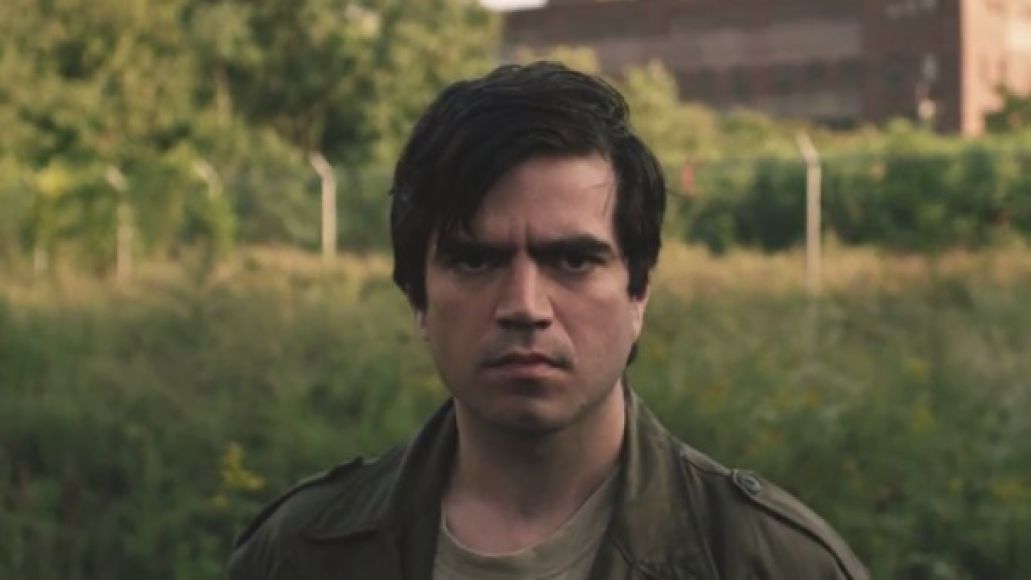 Back in July, Titus Andronicus launched their new website, which then featured a pre-order for an album to be released in Fall of 2014. A good ol’ fashioned gag, right? Well, probably not. While speaking with the Missoulian, Stickles digressed on the New Jersey rockers’ followup to 2012’s highly underrated Local Business, which will consist of 30 songs to resemble a multi-act rock opera partly inspired by Nietzsche’s The Birth of Tragedy and Kay Redfield’s Touched with Fire. There’s even talk of an accompanying film.

It brings memories of 2010’s Civil War-themed The Monitor, but Stickles has a much more expansive storyline running through his mind this time around. It’s a complicated metaphor about manic depression, melding elements of philosophy, psychology, and science fiction through the plight of one troubled protagonist’s inner demons. As Stickles regaled, “Basically we meet a guy, a fella, and he’s a very depressed, sad guy, and he doesn’t have much hope about life.”

But that all changes when he meets his “mysterious, shadowy” doppelgÃ¤nger, who insists he’s part of something special — an ancient race of human beings. Stickles continued: “This superhuman race has this curse upon it, and the reason that they’re able to do all these great things is the same reason that they ultimately are doomed to destroy themselves. They’re a self-destructive race that’s dispersed amongst the regular population.” A love interest complicates things even more, forcing the protagonist to wonder: “Is he going to become a human, or live out his true destiny?”

Similar to neighboring New Jersey collective Coheed and Cambria, Stickles will take the epic story to another medium outside music, and issue a film. “The movie is a visual representation of the album,” he explained. “Think of it as 33 music videos for 33 songs. But they’re not going to be that fancy. It’s not going to be like a Puff Daddy video.”

In trademark fashion, Stickles provided a compelling argument for his latest project, adding: “It’s all just trying to validate the listener, you know? It’s all just the artist saying, ‘This is how I feel, you feel this way, too? Hey, me, too. We’re friends now.’ That’s all that it is. It doesn’t matter that it’s a guitar and not a paintbrush. We all live on the Earth, we have experiences and we want to communicate our inner world to the outer world and some people are drawn to a camera or a paintbrush, and some people are drawn to a guitar. I use a guitar. For now, anyway. Someday it’ll just be convenient to do a book and I’ll just do a book instead.”

Among the new material include is “Fatal Flaw”, which the band has previously performed live. You can watch fan footage below.

Read the full interview here, and if you have time, check out his recent 9,000 word review on The Replacements’ reunion gig in Toronto. This guy just doesn’t fucking stop.

Update: Pre-orders for the album are now ongoing.