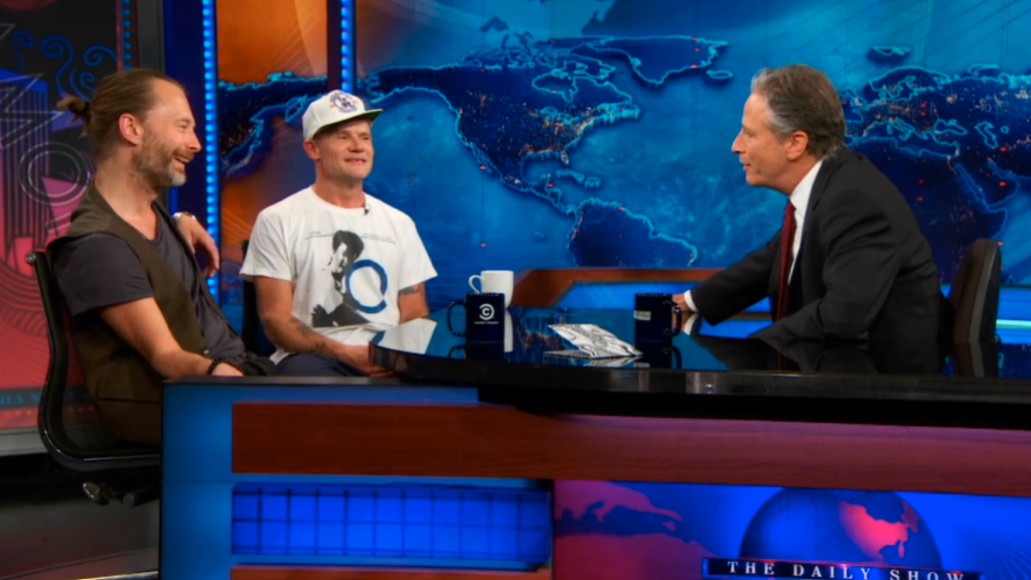 My, how time flies: Almost two years to the day, Thom Yorke went toe-to-toe with Stephen Colbert as part of the media blitz behind Radiohead’s The Kings of Limbs. Since then, Yorke’s toured the world with Radiohead and recorded a full-length album with Atoms For Peace, which they’re now supporting with a world tour of their own. This week Atoms For Peace embarks on a US leg, and with it their television debut on The Daily Show.

The band showcased a pair of tracks, specifically Amok single “Default” and “Harrowdown Hill” from Yorke’s 2006 solo album, The Eraser. Prior to the performance, Yorke and Flea spoke to Jon Stewart about the band’s genesis, juggling multiple projects, and what it’s like for the two music legends to play together.

Watch the full replay below.

Video: Thom Yorke and Atoms for Peace on The Daily Show