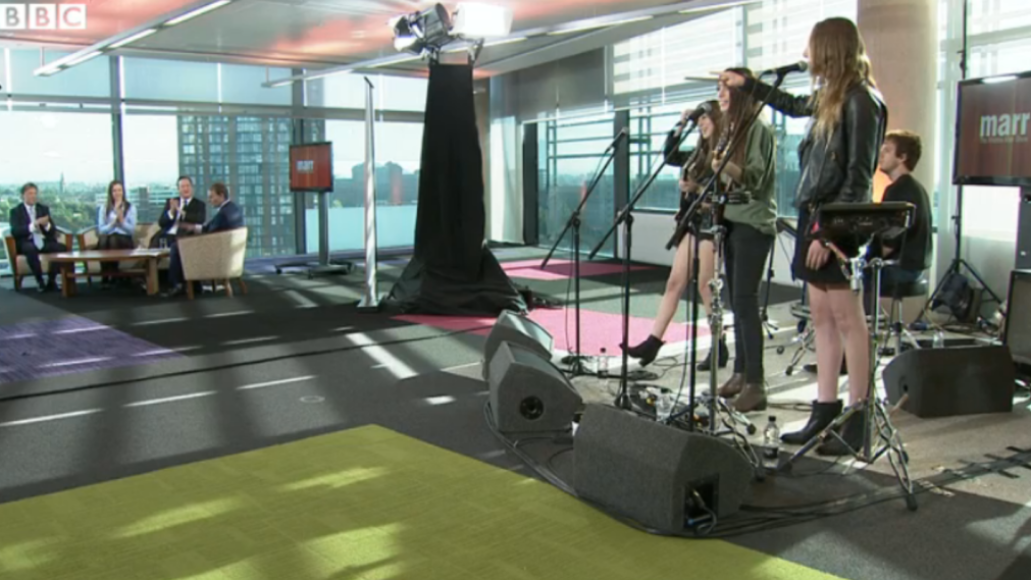 BBC’s Andrew Marr Show is basically the UK’s equivalent to Meet the Press, only it also features musical acts, because after the doom and gloom of a 50-minute conversation on politics, why not end on an upbeat with a bit of HAIM? The CoSigned indie-rock outfit/sisters appeared on this morning’s episode right alongside UK Prime Minister David Cameron, and the international powerhouses appeared to be quite smitten with each other, as HAIM dedicated their performance of “The Wire” to Cameron (“That was for you DC, it’s all about you”), while Cameron watched eagerly from his place in the studio before tweeting, “Great to meet @HAIMtheband on Marr – looking forward to listening to the album they gave me.”