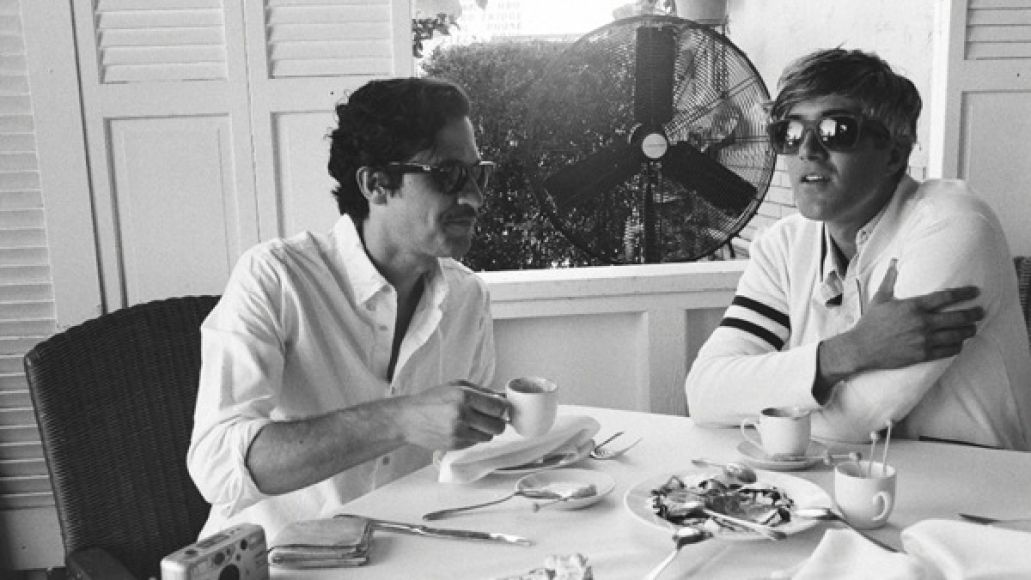 We Are Scientists have been fairly quiet since putting out Barbara in 2010. Back in July, the New York indie outfit began to stir once more with the release of a double A-side single, “Something About You”/“Let Me Win”. In addition to hinting at the band layering new textures into their poppy post-punk (fans likened “Let Me Win” to MGMT), the songs came with the promise of more new music in the future. Well, the future is now, and WAS has formally announced the Business Casual EP, due out October 15th on their new label home, Dine Alone Records.

Business Casual was recorded partially at NYC’s Magic Shop with Chris Coady (Beach House, Yuck), and partially during the same sessions as the July single at Atomic Heart with Claudius Mittendorfer (Franz Ferdinand, Arctic Monkeys, Muse). Tracks include a demo song titled “Courage”, plus a pedal steel-powered cover of Berlin’s Top Gun theme “Take My Breath Away” for us 80s fans. All told, the five-song EP “illuminates the full range of We Are Scientists.”

To sample that range, have a listen to lead single “Return the Favor”. Featured on the EP’s trailer, the cut echoes deep with singer Keith Murray opining from the back of the speakers, “Personality is worthless / I’ve learned this.” Muted guitars make heady swirls in the background as a pulsing metronomic rhythm beats towards a rallying march. WAS demonstrates intelligent restraint throughout, growing the hook bigger and bigger with each chorus as they build towards a massive payoff in the final minute. There’s a darker tone here than on much of their catalog, yet it never loses sight of the great pop formulas these Scientists have always worked with.