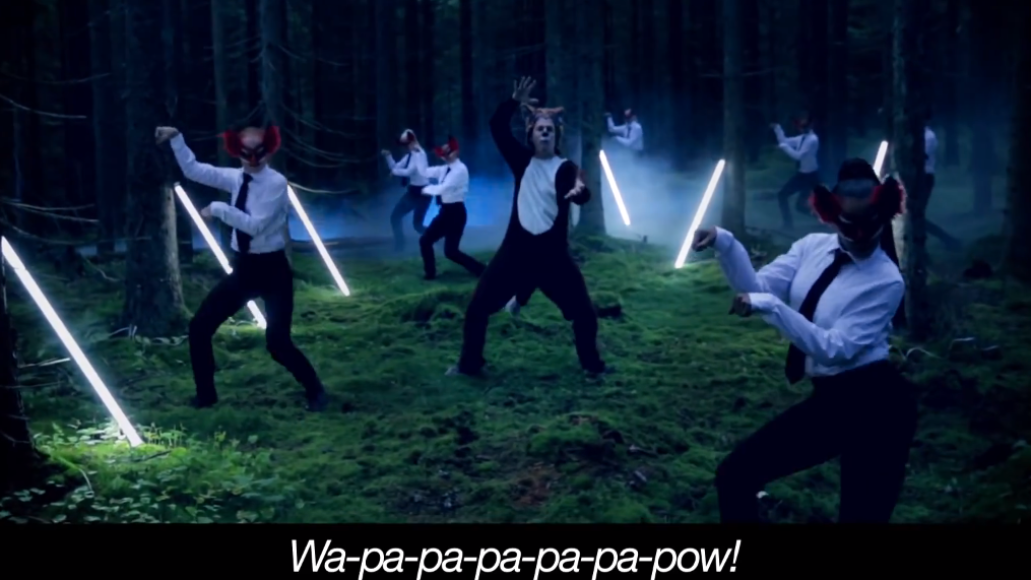 While Arcade Fire’s been busy hyping us all to death, there’s been another musical sensation sweeping through the Internet’s corridors. One that’s racked up six million views in just a few days. One that’s got everyone from Billboard to Mother Jones talking. One that your dog just posted on Facebook. One that’s about… animal sounds?

Yes, avid CoS reader. After a mighty year full of new music from Kanye, Queens of the Stone Age, Daft Punk, among others, comes “The Fox”. Lifted from the brilliant minds of Norwegian brothers BÃ¥rd YlvisÃ¥ker and Vegard YlvisÃ¥ker, a.k.a. Ylvis, it’s a song about the deep nuanced lives of our many animal friends: the meows, the woofs, and even the croaks. Did you know the elephant goes toot? Or that horses communicate using Morse Code?  It’s poetic as much as it is educational, a bizarre, but refreshingly modern take on one of my all-time favorite games, The Farmer Says.

So, go on, friends. For the next four minutes, just forget about Jay Z’s new wrestling career or that time Trent Reznor rode a unicorn. Open your mind to the wondrous noises of the animal kingdom. You’ll be one with the fox, singing, “Wa-pa-pa-pa-pa-pa-pow!” before you know it.

Ylvis' "The Fox", a Norwegian song about animal sounds, is the biggest song in the world