“The world breaks everyone and afterward many are strong at the broken places. But those that will not break it kills. It kills the very good and the very gentle and the very brave impartially. If you are none of these you can be sure it will kill you too but there will be no special hurry,” Ernest Hemingway wrote 84 years ago in A Farewell to Arms. Cynics might revel in this passage, endearing them to believe that all of their personal squabbles are inevitable and, as a result, inconsequential. But by focusing on that strikingly positive first line, there lies a lesson: We’re ultimately shaped by the world around us. Talking Heads mastermind David Byrne wrote about this last year in his remarkable book, How Music Works, explaining that, “Little decisions are made invisibly every minute, and the cumulative effect, and the unspoken principals that have guided them, define what appears to be, in retrospect, a conscious plan, with an emotional center and compass. What begins as a random walk often ends up taking you somewhere, somewhere that you later realize was exactly where you wanted to go.” This rationale explains the genesis of his own work, specifically 1980’s Remain in Light, and the foundation for several other cultural portraits, including The Clash’s Sandinista!, David Bowie’s Berlin Trilogy, and now, Arcade Fire’s Reflektor.

Inspiration for the band’s follow up to 2010’s Grammy-winning The Suburbs spawned from a trip Win Butler and his wife Régine Chassagne made to her native home of Haiti, where Butler discovered, among many things, rara music. A later trip to Jamaica alongside longtime collaborator Markus Dravs brought the band from Louisiana’s Dockside Studio to the island’s rural Trident Castle, where they bunked together for a month to embrace the surrounding culture and rhythms. As Butler told The Montreal Gazette, “Honestly, I don’t think the record would have been done for another year if we hadn’t done that. It crystallized a lot of stuff.” Such peripheral influence continued back in North America, when LCD Soundsystem maestro and DFA Records label-head James Murphy hopped in the studio for a couple of months. Though, he was more hands off than anticipated, as he told Consequence of Sound, “My job was kind of like to just help in whatever way possible, even if that means making coffee.” What came to fruition is a record that breathes in the same way Byrne, Joe Strummer/Mick Jones, and David Bowie intended for their own works decades prior; a sound that’s personal and signature to the moniker but framed by the soil at the bottom of their weathered boots.

And there’s plenty of soil to sift through. Almost immediately, “Reflektor” offers a one-way ticket to the islands with a fat rhythm section, sweating from Haitian percussionists Willinson Duprate and Verrieux Zile alongside regular collaborators Colin Stetson and Owen Pallett. Butler and Chassagne quip the song’s haunting chorus against mentor-turned-guest-vocalist David Bowie, making it feel like a sequel to “Fame” in the same way Sean Connery’s Never Say Never Again echoes Thunderball. From there, they wiggle through cocaine glam funk (“We Exist”), interstellar reggae (“Flashbulb Eyes”), and Haitian rara gothic (“Here Comes the Night Time”). Butler’s words are just as ornamental; foreign poetry from a distinctive scholar. “And the missionaries, they tell us we will be left behind,” he intones on “Here Comes the Night Time”. “Been left behind a thousand times, a thousand times.” This isn’t a personal prayer, but a snapshot commentary on the relationship between the Haitians and Christianity’s probing influence as experienced by Butler himself. In relation to the album, it’s an influential piece to a complicated puzzle that involves themes of life, death, communication, and isolation.

But to understand much of Reflektor, one has to study the work of Danish philosopher Søren Kierkegaard and French filmmaker Marcel Camus. In his 1846 essay, The Present Age, Kierkegaard wrote, “The present age is one of understanding, of reflection, devoid of passion, an age which flies into enthusiasm for a moment only to decline back into indolence.” It’s a philosophy that impresses the album’s titular track, in which Butler laments, “We’re so connected, but are we even friends?” Recalling the modern angst of The Suburbs track, “We Used to Wait”, the opening salvo questions the things we lose with our ensuing reliance on digital communication, suggesting we’re living an illusion in isolation. Butler parallels this philosophy against a reconfigured retelling of the Greek tragedy, Orpheus and Eurydice, a story modernized by Camus in his 1959 masterpiece, Black Orpheus. Butler’s cited the film as a major influence on Reflektor, especially how it’s set amidst Brazil’s Carnival season, a Catholic holiday he observed in Jamaica (Bacchanal), Louisiana (Mardi Gras), and Haiti (Port-au-Prince Carnival). It’s by far the most complex concept Arcade Fire have tackled, and while it does falter in its grand scope, they remain such loyal perfectionists musically that few will even notice the cracks. Or care.

“Do you like rock ‘n’ roll music, ’cause I don’t know if I do,” Butler scats in one of the album’s faux on-stage vignettes. Of course, he follows this up with “Normal Person”, the sloppiest swamp rocker north of the bayou, tipping over with a guitar riff that any high school student could whip up in an hour’s time in their garage — that’s what makes it so brilliant, so human, and so aggressive. Shortly after, those guitars keep warm with “You Already Know” and “Joan of Arc”; the former an ’80s college rocker via The Replacements and the latter a schizophrenic post-punk jamboree off meds. As if to heed Butler’s reservations, the band couches the rock for a retooling of new wave in the album’s second half, prioritizing synths over guitars. Manchester’s united will bunk easily here, specifically during the sexy strut/redemptive release of “Porno” and the Funeral-rivaling sing-a-long “Afterlife”. Floating amongst? A conceptual recap (“Here Comes The Night Time II”); Spiritualized’s strongest work of 2013 (“Awful Sound (Oh Eurydice)”); drummer Jeremy Gara’s future least favorite song (“It’s Never Over (Oh Orpheus)”); and an 11-minute lullaby for aliens (“Supersymmetry”).

To revisit Hemingway’s thoughts, Arcade Fire have never been broken. Their creative three-year lapses between albums have rewarded them a flawless resume that few (if any) of their contemporaries can print out. No doubt the band recognizes this rare power, as they’ve proven recently with their masterful promotional campaign behind Reflektor — from online viral marketing to guerilla citywide promotions to intimate sold out gigs as The Reflektors. At this point, Win Butler is rock ‘n’ roll’s Christopher Nolan, a hyper-literate artist who crafts reliable, intelligent, and challenging blockbuster events that sweep our minds away. With the 85-minute Reflektor, he’s taken his most creative risks to date and at the cost of simply trusting what he sees, who he knows, and where he wants to go. Last week, he told Rolling Stone, “I think everyone has really grown in their musicianship. So I’m actually really excited. We kind of get a sense of it when we’re playing: ‘Oh shit. We could be really good. Yeah. We could get good at this music thing.'” Could? Dude, you’re four for four. 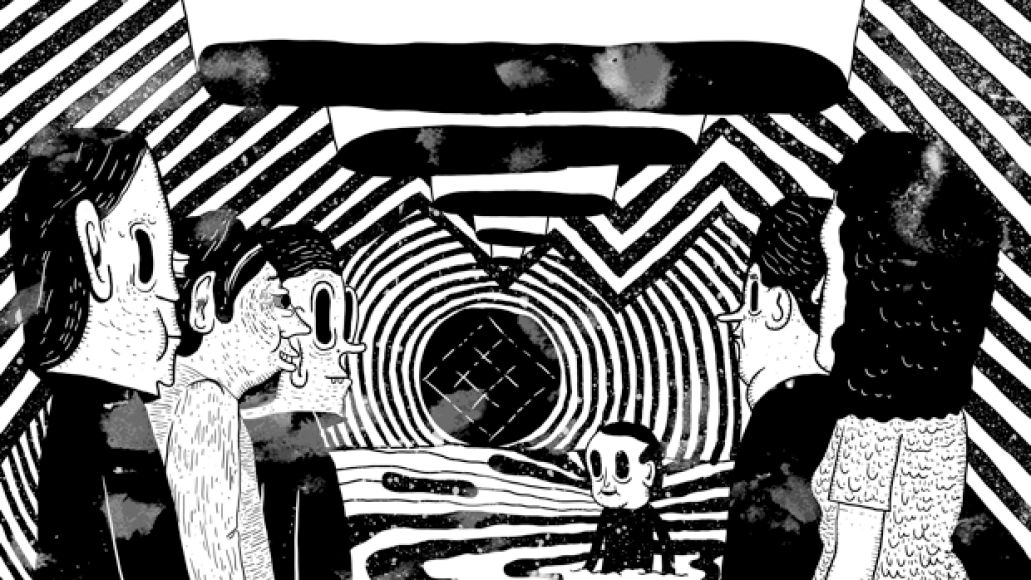