“Every time we make an album, it’s a war with ourselves,” Matthew Shultz told Consequence of Sound earlier this year. At the helm of Cage the Elephant, he’s held tight to his post as one of mainstream rock’s more endearing voices. His warm rasp bounces around in the triangle bounded by Isaac Brock, Conor Oberst, and Black Francis. While Cage the Elephant’s 2010 sophomore LP Thank You Happy Birthday might have piped heyday Pixies into the present, Melophobia (a fancy term for “fear of music,” though there are no nods to Talking Heads in the sonics) dips further back in its retrospection. Instead of looking through their record collection for inspiration, the band looked to their memory. It’s a nostalgic album, but one that trades direct referentiality for broader echoes.

That war between Shultz’s new proclivity for “super inner reflective songs” and the rest of the band’s preference for high octane rock flashes throughout Melophobia. It’s still charged up and screamy, actually forgoing Thank You Happy Birthday‘s low-key acoustic spots to become Cage the Elephant’s most consistent record to date. Instead of suspending tension between songs, Melophobia tightens the strings inside them. The album fortifies its scrappy riffs with more lavish textures, drawing upon instruments that wouldn’t sound out of place on a Tom Waits record. Piano bones up Shultz’s yelps on opener “Spiderhead”, while a brass section fleshes out “Black Widow”. On “Telescope”, cello creeps in under gooey carnival organ. Cage the Elephant might enjoy time on the Billboard Hot 100, but they’ve followed a similar aesthetic narrative to Brooklyn indie favorites The Men. Both bands savored rough edges on their sophomore albums, then grew into the rock ‘n’ roll of their parents. Both slid back from Pavement and Pixies to Neil Young and the Velvet Underground.

Cage the Elephant sound bigger and more polished here, but it’s Shultz’s lyrics that have grown up the most. On Thank You Happy Birthday, he was still coming to grips with his place at the front of an increasingly successful group. He railed against sellouts and scene sycophants on “Indy Kidz”, while nosing into the future with blind optimism: “Even on a cloudy day/ I’ll keep my eyes fixed on the sun,” he sang on the band’s hit, “Shake Me Down”. Melophobia is less concerned with who’s cool and who’s not, and that optimism has been cut with a grim recognition of time’s limited quantity. On the record’s leading single, “Come a Little Closer”, Shultz imagines “ten thousand people” standing alone, a scene that mirrors “Eleanor Rigby” in its detached observation of urban isolation. “Time flies by/ they all sing alone,” he sings, as drums and piano pound to meet him at the edge he’s climbed out on.

“Telescope” imagines a similar image with a less dramatic bent. Shultz looks out through a high-powered scope into his own life in an alternate universe, a timeline where he’s not doing too well: “He fills his life with pointless things and wonders how it all turns out.” He makes a pact with his present self not to end up there, but he seems to have trouble believing he won’t. “Time is like a leaf in the wind/ either it’s time well-spent or time I’ve wasted,” he sings, followed by a weak reminder: “Don’t waste it.” Later, the weird rockabilly duet “It’s Just Forever” imagines a romantic pursuit motivated more by the fear of dying alone than present affection. “I’ll love you ’til we decompose/ and the skin falls off our bones.”

Maybe Melophobia is an attempt to fill in the spaces that stick around when you’ve been raised on classic rock, but it’s empty of the dewy sentimentality that you might expect from a backwards-looking album. Some songs feel like jabs at the history they’re founded on. “I watched the strawberry fields/ dry up and wither away,” Shultz sings on “Hypocrite”. On “Teeth”, he takes a page from Jack White’s songbook, sneering over volatile blasts of guitar and horns. The track finishes with a bizarre spoken-word jam, a stunt borrowed from The Velvet Underground at their most playful. “Where have all the storytellers gone?” Shultz asks. “I lose my voice in between the echoes of self-serving prophecy.”

There are no singles of the same quirky caliber as “Shake Me Down” or “Ain’t No Rest for the Wicked” here, but maybe that’s the point. Melophobia adopts a decidedly darker tone than anything Cage the Elephant has done. Shultz is done acting out and has decided to buckle down with mortality and the thought that maybe there won’t always be a silver lining. The album’s closer, “Cigarette Daydreams” rumbles out on a hopeful-sounding pile of piano, strings, and acoustic guitar, but lyrically it stays ambivalent. “You can drive all night/ looking for the answers in the pouring rain,” sings Shultz, as though he’s already been through the rain, and no, there aren’t any answers there. But maybe “a reason to change” and “a reason to stay” will be enough. 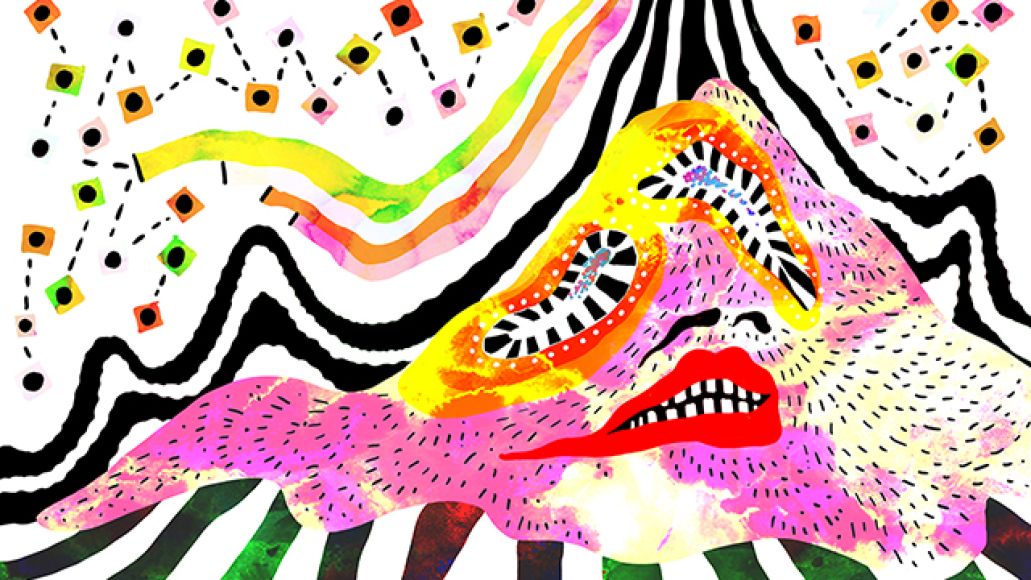