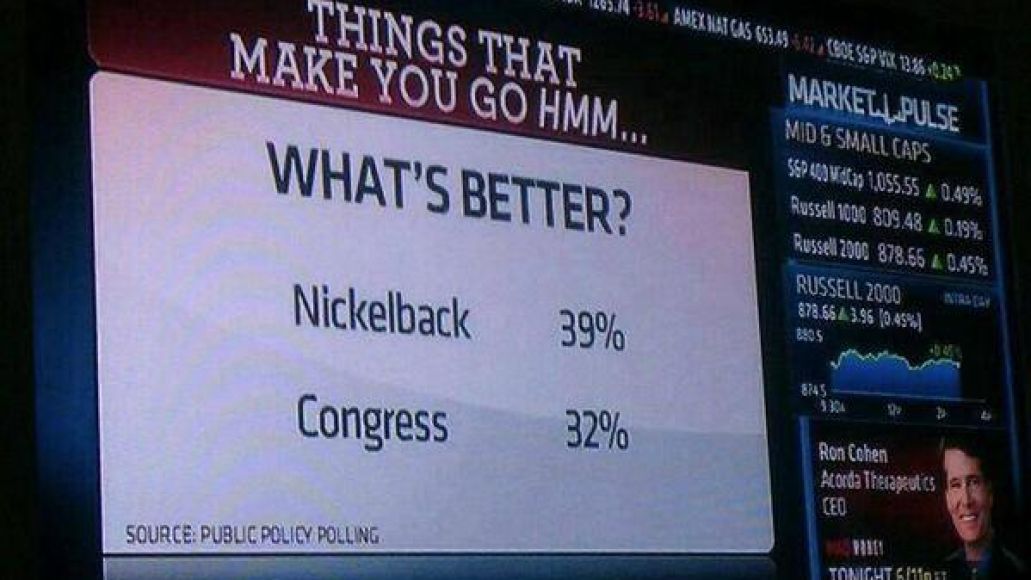 Today, CNBC aired the results of a survey conducted by Public Policy Polling asking Americans which they like better: the United States Congress or Nickelback. Maybe now we can get the government re-opened?