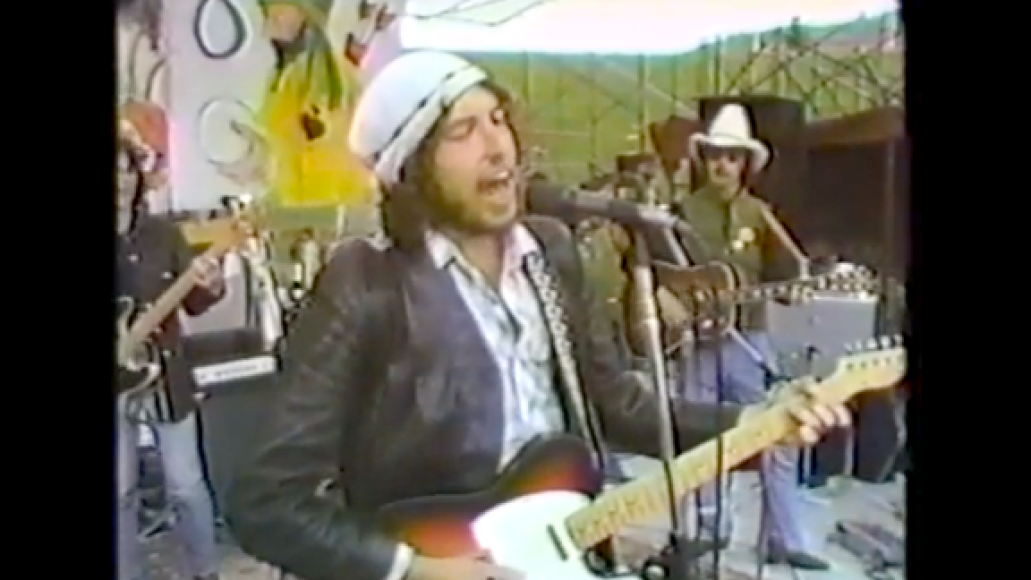 From the fall of 1975 to the summer of 1976, Bob Dylan took a happy gaggle of musicians out on a two-leg tour dubbed the Rolling Thunder Review. Maybe you’ve heard of it? It was sort of a big deal, featuring Joan Baez, Roger McGuinn, Ramblin’ Jack Elliot, T-Bone Burnett, Kinky Friedman, David Mansfield, Mick Ronson together on stage. The penultimate show of the second leg – May 23, 1976 at Hughes Stadium in Fort Collins, CO – was captured on tape, living on as the Hard Rain live album and an NBC TV concert special. Unlike the early live shows, however, both the album and special received a universal shrug from critics.

It seemed after some 57 shows together, the band had simply lost the spark they had shared early on. “Hard Rain,” wrote Rolling Stone’s Janet Maslin, “seemed to come at a time when the Rolling Thunder Revue, so joyful and electrifying in its first performances, had just plain run out of steam.” There were also rumors that Dylan, who had been fighting with then-wife Sara (they would divorce a year later), was hitting the bottle pretty heavily that weekend. Whatever the reasoning, the concert was never highly considered, and no one has ever bothered to press the thing on DVD (though promises have been made).

But someone, some great music historian purist, had the wherewithal to record Hard Rain when it was aired way back in ’76. Now – thank you, Internet – Dangerous Minds has stumbled upon a year-old YouTube post of the entire presentation. Even if the concert film didn’t garner the glowing reviews of the first half of the Rolling Thunder Review, it’s still some historically relevant footage, and well worth the view. Tighten up that head scarf, and tune in below.