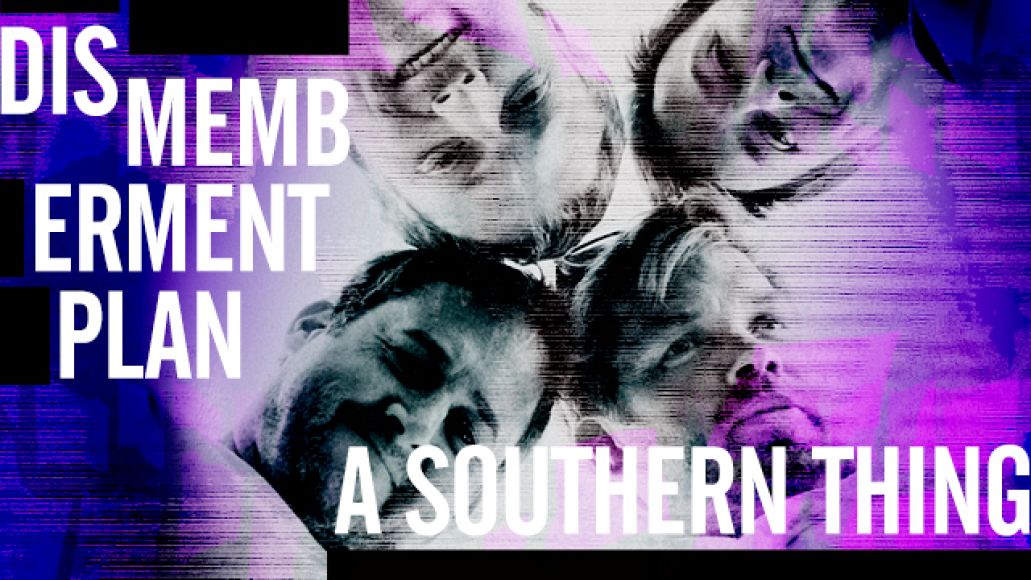 It’s possible that Travis Morrison could hit the high notes of “Barracuda”. Although his voice doesn’t come close to reaching the stratospheric power of Ann Wilson’s, he’s slipped into falsetto on plenty of songs in The Dismemberment Plan’s lean catalogue. But those moments always came off as comically demented (“I Love A Magician”) or dementedly comical (“The Ice Of Boston”), neither of which seems to be the aesthetic for what the band is about to play.

We’re at the headquarters of The A.V. Club in Chicago, and The Plan is plowing through the Heart single for the site’s Undercover series. While longtime fans of the group might expect an unhinged version of the song complete with schizoid time signatures and nerve-addled keyboards, things stay surprisingly meat and potatoes. Morrison keeps his voice mid-range as he and lead guitarist Jason Caddell chug in unison. Bassist Eric Axelson and drummer Joe Easley focus more on momentum than jazz-minded theatrics. They all face each other and grin during Caddell’s second solo.

The conviviality goes beyond just the band members, as they already have some pretty chummy ties to The A.V. Club. General Manager Josh Modell wrote the liner notes to the 2011 reissue of Emergency & I, and Undercover’s theme music is “Someone Has To Die” by Axelson’s post-Plan band, Maritime, which he broke off from in 2006. After “Barracuda” ends, the applause from a small huddle of staffers, as well as the song’s classic rock nature, makes the small room feel like a basement, or, as Morrison would most likely prefer, a bar. 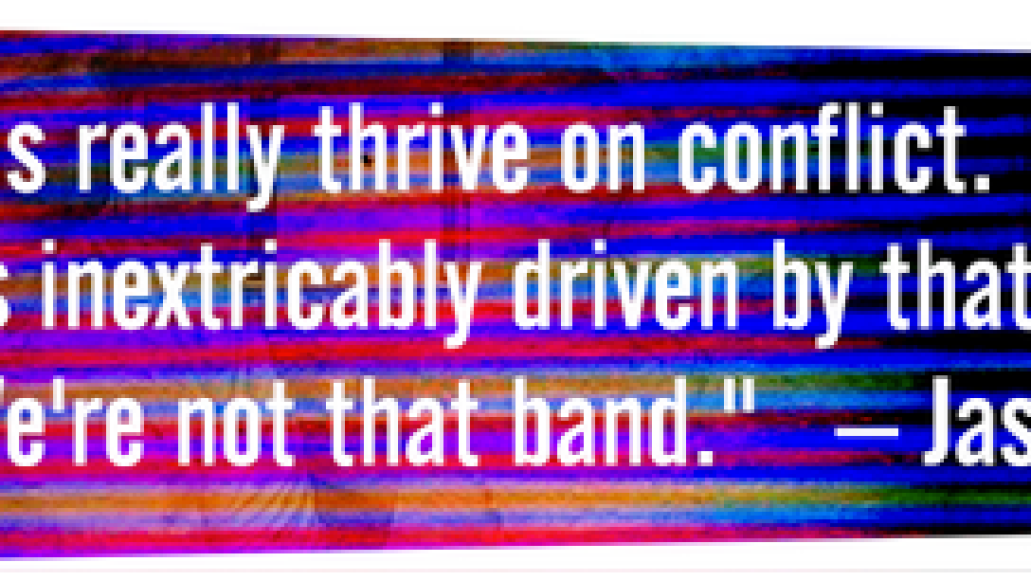 “There’s a particular southeast bar rock tradition that includes something called beach music,” he tells me a few weeks prior over the phone. He explains that beach music is a loose umbrella term that covers any rock band from the Southeast with an emphasis on soul, jangly hooks, and social gatherings. It includes everyone from R.E.M. to Hootie & The Blowfish, lesser-known acts like Guadalcanal Diary, and yes, even The Dismemberment Plan.

“It’s just a rock ‘n’ roll thing,” Morrison elaborates. “Throughout my travels, I’ve realized that rock ‘n’ roll in a bar is a southern concept.”

If you categorized The Dismemberment Plan as a Southern rock band, most music critics, and maybe even some fans, would probably scoff. After all, Morrison and co. didn’t garner a feverish cult following in the late ’90s and early aughts for any sort of twang or grit. Instead, the Washington D.C.-centric terms of post-punk, post-hardcore, math rock, and experimental rock got thrown around until the band’s initial breakup in 2003. To be fair, the first incarnation of The Plan was most certainly all of those things. Yet Morrison insists that Southern rock, or, as he likes to put it, “Southeastern rock” has always been “a little part of what we do, although it’s not always that obvious.”

The rootsier part of their sound might be more evident to listeners on Uncanney Valley, their fourth studio album and first in 12 years. Mostly removed from Plan 1.0’s focus on dealing with and surviving quarter-life crises and isolation, the new record exudes an openness that’s unprecedented in their catalog—”Lookin'” is an earnest love song, “Go And Get It” is a simple anthem about positivity, and “Let’s Just Go To The Dogs Tonight” is, according to Axelson, about Morrison’s wedding to Katherine Goldstein, an Innovations Editor for Slate. “It’s like a warm bath, sonically. With bubbles,” Morrison confirms, adding that it focuses on “putting things aside to enjoy each other.” It’s a statement that could also apply to the band’s extended, long-awaited reunion and even longer-awaited new LP. 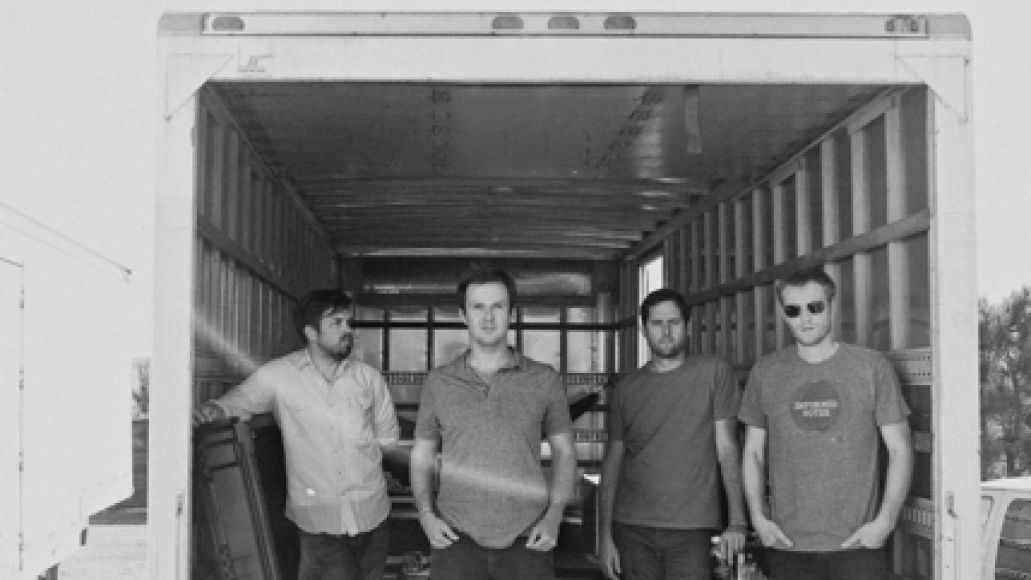 “It happened pretty quickly, which was actually pretty moving to me, the depth of those relationships,” Caddell tells me as I help Easley load his drums into The A.V. Club freight elevator. “It was immediately evident, even after 10 years, that whole thing about chemistry is true. Some bands really thrive on conflict. Their art is inextricably driven by that sort of tension. We’re not that band. There’s no way to go back and be accurate about the past, but I do wonder that if we had been able to take some time off, if we could have extended the life of the band originally. Who knows, and to a certain extent, who cares? We’ve all had great lives in the interim.”

Later on, Easley echoes his friend and bandmate’s sentiment as we sit at a picnic table in The A.V. Club’s kitchen, waiting for the rental van to pull around out front.

“You spend all your time worrying about silly things, and it’s like, you’re only going to get to be alive for 10 minutes anyway,” he says. The Dismemberment Plan clearly live by this easygoing ethos. Throughout the entire day, the only thing even remotely resembling a conflict is a polite discussion about how they should ship a keyboard to their next show at Denver’s Riot Fest. Easley is against going through UPS, since he used to work there in high school. He warns the rest of the band about the disgruntled veteran employees who had “contests to see who could throw shit as far as they could.”

The Dismemberment Plan: A Southern Thing