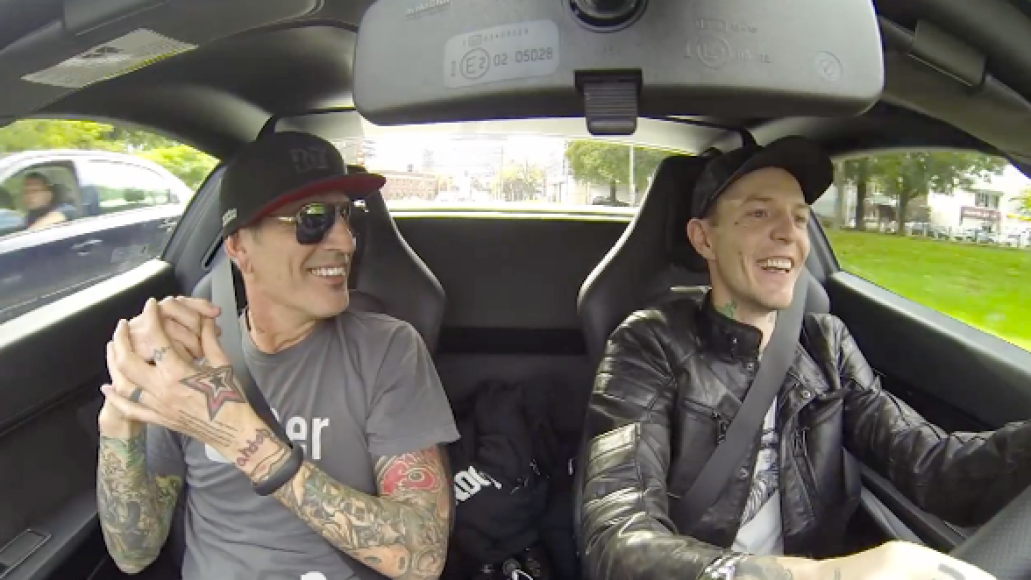 RuPaul isn’t the only person who can drive around with rock stars shooting the breeze. deadmau5 has his own YouTube show called “Coffee Run”, where he and a celebrity pal go grab a cup of Joe and share some tales along the way. In a recent episode, deadmau5 picks up unlikely amigo Tommy Lee in his Mustang, and the two end up dishing on their rumored – now more like confirmed – banishment from Coachella.

Apparently, Lee and deadmau5 arrived at the 2010 edition of Coachella via helicopter to the dismay of festival promoters. Something then happened with flaming vans, large knives, and possibly someone’s girlfriend, and now neither musician is welcome back in Indio Valley. Click over to the 7:15 mark on the video to hear the pair tell the tale themselves, then go ahead and remove them from your 2014 Coachella predictions.

Deadmau5 and Tommy Lee talk about being banned from Coachella