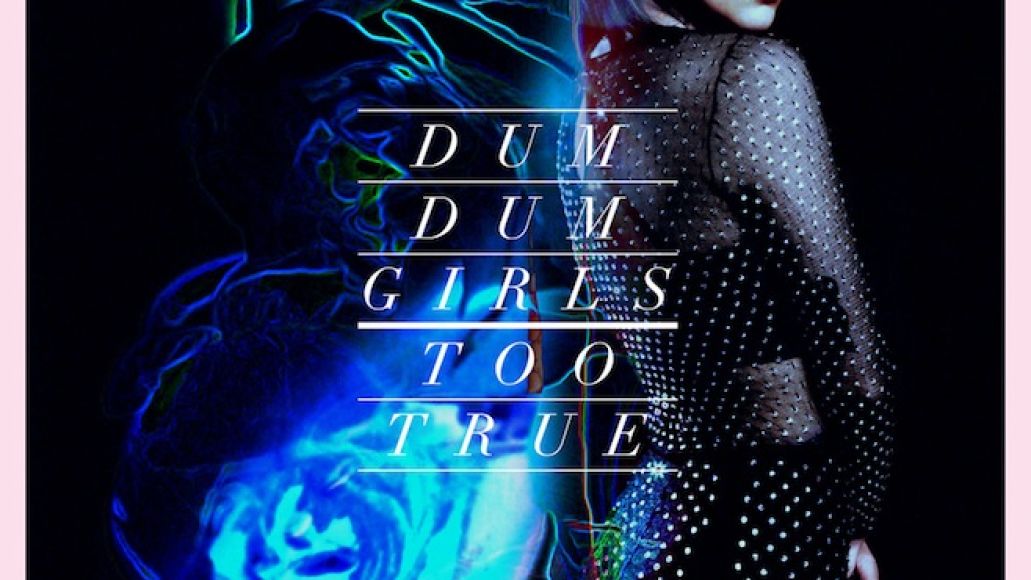 Dum Dum Girls will release their third studio album, Too True, on January 28th via Sub Pop. The follow-up to 2011’s Only in Dreams and last year’s End of Daze EP was once again produced by Richard Gottehrer and the Raveonettes’ Sune Rose Wagner. Recording took place in a New York apartment and across two locations in Hollywood: East West Studios and the infamous Chateau Marmont.

According to a press release, frontwoman Dee Dee writes that the album’s partly inspired by Nick Cave’s 1996 letter to MTV, in which he requests to be withdrawn from any award nominations (“His gentle worship and protection of his creative process, his crowned Inspiration.”) She also goes on to name check Suede, Siouxsie and the Banshees, Madonna, The Stone Roses, among others.

She also digressed on her troubles with recording, specifically vocally:

Truly one of those disguised blessings—the extra time was a gift. What initially felt like a retreat became a reawakening. These songs weren’t done at all! And so I worshipped at the tall pile of books I’d bought in Los Angeles, on topics and imagery I’d been consumed by and words that had resonated so deeply with me they felt like artistic collaborators: Rainer Maria Rilke, Anaïs Nin, Arthur Rimbaud, Paul Verlaine, Charles Baudelaire, Sylvia Plath; the punk poet singers Patti Smith and Lou Reed (who, like many I consider to be my spiritual parents); and finally, an admittedly unhealthy obsession with the Surrealists’ manifesto of desire.

Here it was spelled out for me: Desire as muse; Life as experiment; a miracle for every failure and vice-versa. I put pen to paper and I wrote, and then I sang. I sang into my own private microphone, in my tiny bedroom studio, with no one save my make-believe coconspirators to hear me, and no one to weight me with the looming pressure of inability. I was a woman possessed and my possession enabled me.

Already, the band’s unlocked one of the tracks off the album, “Lost Boys and Girls Club”, in the form of a new music video. Directed by SSION’s Cody Critcheloe, the whole thing looks and feels like the heaven most models believe in — which makes sense considering H&M premiered it. Catch it below.

FYI: If you pre-order the album, all copies will be bundled with a 7″ vinyl backed with non-album cut “Girls Intuition”.

They also plan to hit the road as early as December.