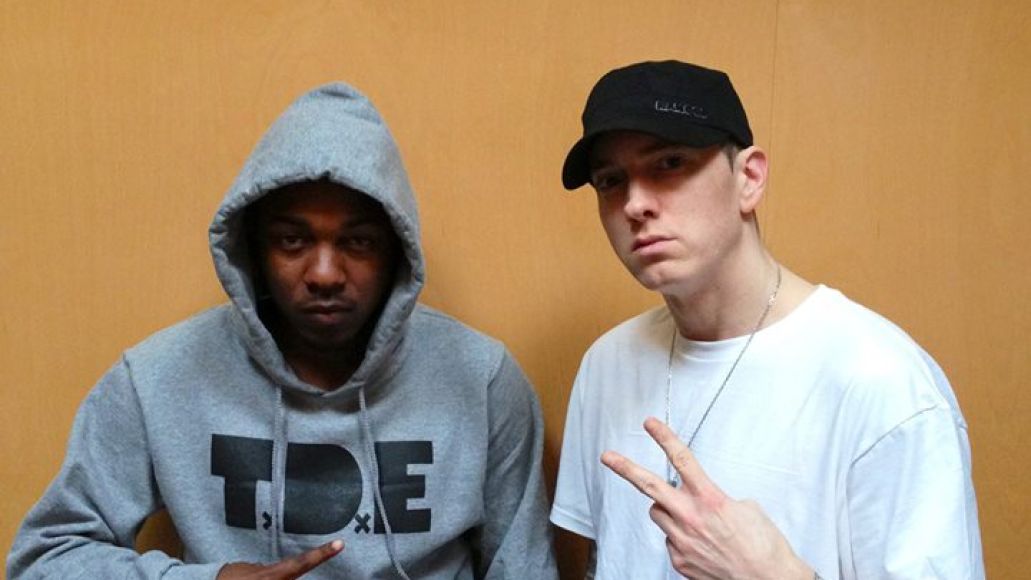 Whoever is booking tours down in Australia deserves a medal: As Showbiz.au points out, Eminem is set to tour Australia in February 2014, and he’s bringing along Kendrick Lamar and J Cole as support acts. Update: A previous version of this story also reported Chance the Rapper and Action Bronson as openers. It’s unclear why they are no longer attached to the bill.

According to Music Feeds, the “Rapture” tour includes dates in Brisbane for February 20th and Sydney for February 22nd. An official announcement is expected next week. Update: The tour has been officially announced, via Billboard, and also includes shows in Auckland and Melbourne.

Eminem to tour with Kendrick Lamar in Australia