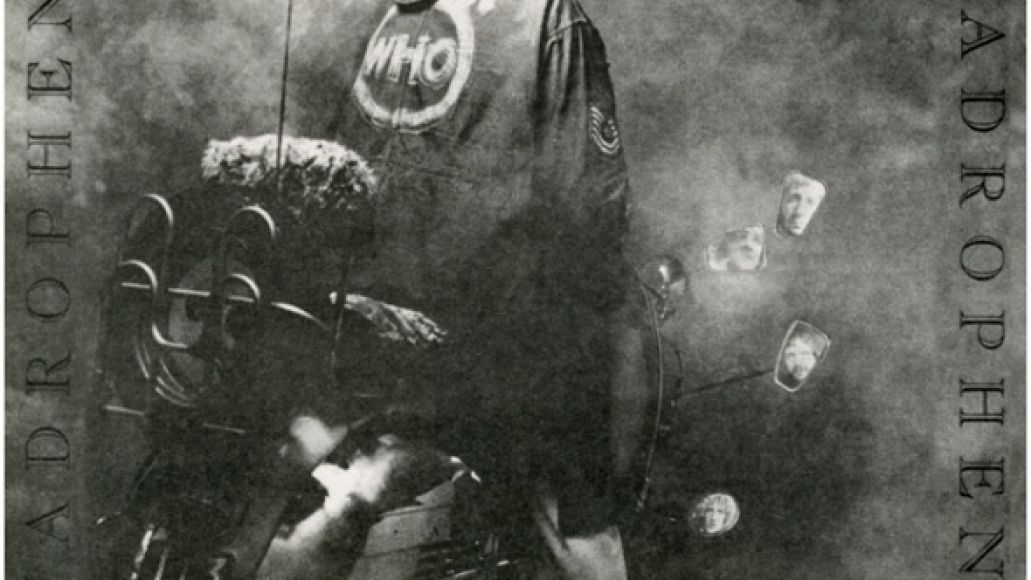 If faced with picking the superior of The Who’s two great rock operas, Tommy is the safe bet. The 1969 album about the most famous deaf, dumb, and blind kid since Helen Keller is frequently accepted as better than Quadrophenia, especially among critics. Arguing otherwise is just not, well, popular. Even Rolling Stone’s original 1973 album review said that while Quadrophenia was strong in many ways, it ultimately fell short. But, here’s the thing– how many angsty young folks amped up on The Who would really care what a critic says? In honor of Quadrophenia’s 40th anniversary, we thought we’d make a few suggestions as to why fans might prefer the tale of the quadrophenic wannabe mod Jimmy to Tommy.

1. Jimmy was The Who

If you’re looking for insight into The Who, you might find more on Quadrophenia than Tommy. Townshend built the album to reflect the band through the lens of how Jimmy saw himself in each member. Townshend boiled down Roger Daltry, John Entwistle, Keith Moon, and himself into Jimmy’s four battling personas, the ones the character was trying so hard to integrate, as Townshend once put it. Each was represented by themes (“Helpless Dancer” – Daltry the tough guy; “Is It Me” – Entwistle the romantic; “Bell Boy” – Moon the lunatic; “Love Reign O’er Me” – Townshend the beggar and hypocrite) that weave in and out of the album, building the sound that defines Quadrophenia.

In his memoir Who I Am, Townshend said he’d wanted the audience to be able to identify with Jimmy and his spiritual malaise, figuring that if he himself and Jimmy had it, maybe the fans did too. As a confused teenager, Jimmy is a more accessible and familiar figure than Tommy. Townshend writes: “The angst of those teenage years in which we all felt misunderstood is easy to make fun of, but it’s real, and it brings my hero Jimmy to the brink of suicide.”

Carrying on the theme of a single psyche split into four, The Who recorded the album in Quadrophonic sound — four channels representing Jimmy’s perceived four-way link to each member. The metaphor transcended the narrative, even if the technology of Quadrophonic sound never overtook stereo. In addition, Quadrophenia features soundscapes constructed from field recordings that Townshend made, including the sounds of trains, the sea, birds, storms, and traffic. He also recorded himself walking along the beach singing “Sea and Sand” for the album’s prelude. The result is a greater amount of sonic texture, and a more engaging and enveloping experience. Townshend wrote in his book that “this kind of sound design is almost as fulfilling to me as composing music.”

From Townshend’s perspective as described in his book, he finds Quadrophenia to be a stronger album than Tommy, musically and conceptually, especially in the years since its release. He also said in a 2011 interview that “[Moon’s] drumming was spectacular, John Entwistle was at the height of his powers… Roger’s singing is just off the map… and my writing, I think, has never been better.” In essence, Townshend considers Quadrophenia a peak. Plus, coming after several years of using Tommy as the backbone of The Who’s live shows, Quadrophenia was built to be better, to the point where they could play it instead, even if that never came to fruition.

5. Record of the Mod Movement

In Lenny Kaye’s review for Rolling Stone, Kaye discussed the way in which the album serves as a document of the mod movement, which surrounded the fashion and music en vogue during the ’60s, centered specifically in London. Jimmy was a mod, and the album has plenty of references to scooters, neatly cropped hair, sleek jackets — all the trappings a teenager seeking inclusion in the popular crowd would want. Kaye wrote: “To the American mind, Quadrophenia might thus seem as strange as portions of American Graffiti could appear to English experience, but it’s to be assured that the appeal of semi-nostalgic shared memories must perforce work as well for one as the other.”

Five Reasons Fans Might Prefer The Who's Quadrophenia to Tommy