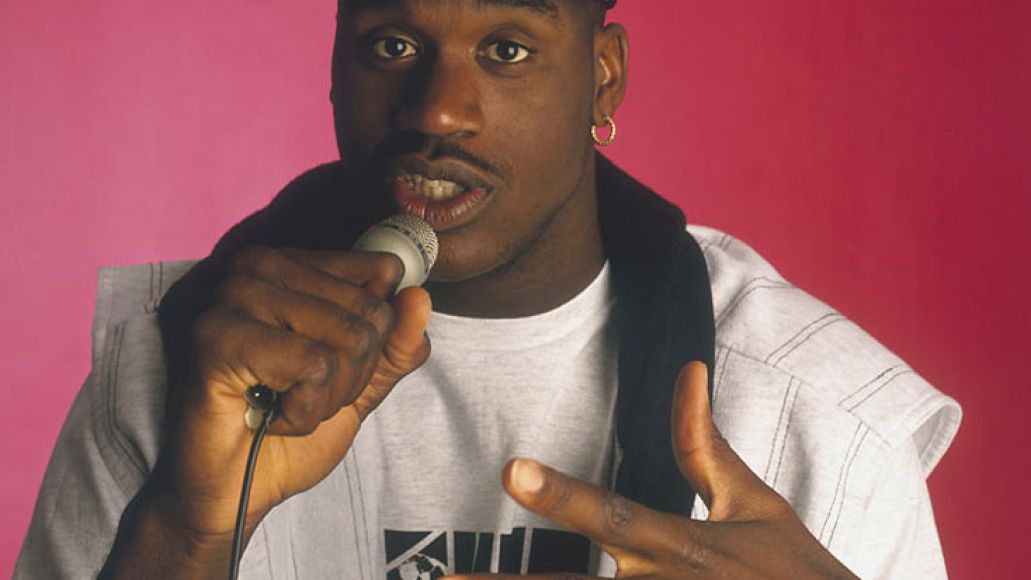 Shaquille O’Neal could quite literally be the biggest thing in any field he might choose to enter. In the past two decades of his career, he’s set off on business venture after business venture. If he’d been anyone other than Shaq, he’d have been that loopy relative who’s always chasing a new “investment opportunity” and a windfall that never comes. He’s not your uncle. He’s Shaq – the soda entrepreneur, the video game mogul, the real estate guy. Clearly, life as an internationally recognized basketball star was too limiting. But, way back in the early ’90s when he’d been in the NBA for about a year, he was already trying to diversify. Shaq signed a record deal with Jive in 1993 and released rap album Shaq Diesel, the first of six studio albums and compilations. Shaq Diesel went platinum. Shaq Fu: Da Return went gold. It was, as they say, all downhill from there. Well, we all have our phases. In light of the 20-year anniversary of Shaq Diesel, we thought we’d look at why this particular phase didn’t last.

The year 1996 gave us movies like The English Patient, Fargo, and Jerry Maguire. Unfortunately, it also gave us Kazaam, a movie starring Shaq as a rapping genie who lives in a boombox. Over the years, the movie’s received a generous 6% rating on Rotten Tomatoes. Shaq wouldn’t be the first rapper to be in a movie, but Kazaam is no 8 Mile. It’s a kids movie. A really, really bad kids movie. As a part of the plot, genie Shaq lands a record deal, but after a (mercifully) quick showcase of his flow in the trailer, we’re not sure how.

Shaq aligns himself with the law wherever he goes. Police departments in Los Angeles, Miami, and Tempe all swore him in as a reserve officer after he pursued and completed training. What would Ice Cube say? Not only that, but in 2005 he was also given the honorary title of U.S. Deputy Marshall. Since you can’t catch Shaq running down a shoplifter in an alley or eating dried fruit out of a pouch while on a stakeout, please enjoy the above clip of a cameo on TNT’s defunct cop drama Southland.

Shaq is the establishment. Since he broke onto the scene in the early ’90s, he’s hawked every product, including Pepsi, Icy Hot, Buick, Nestle Crunch, and (big surprise) Radio Shack, just to name a few. You know what’s gangsta? Icy Hot. That’s not to say that no rapper has ever done a commercial– Nas pushed Sprite in ‘97, Ludacris repped Pepsi in 2002. The list of rappers in pop commercials is surprisingly long. But, the sheer number of spokesman gigs (250, if you were wondering) Shaq’s racked up means he’s dripping with corporate appeal. 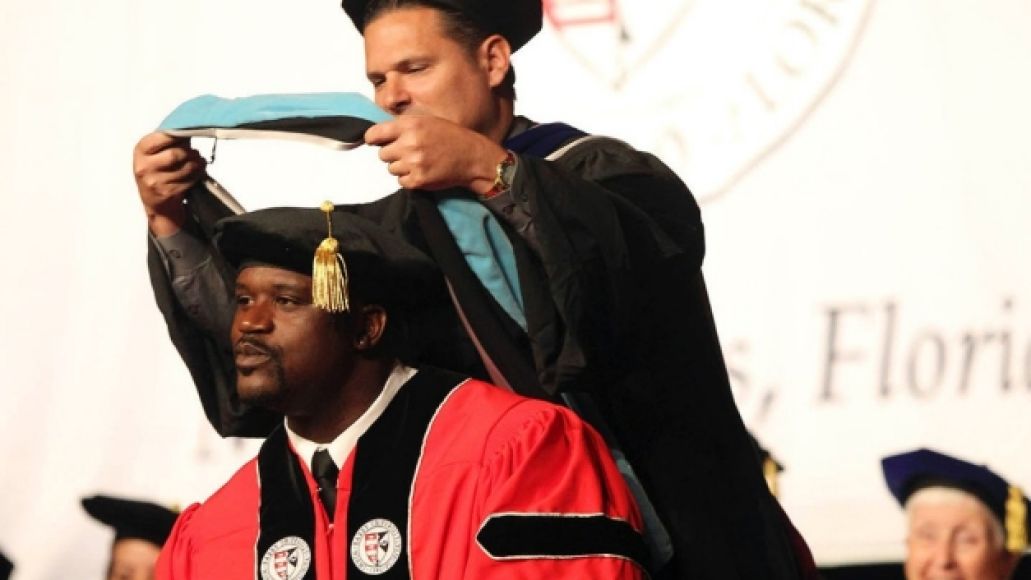 There’s the matter of Shaq’s doctorate in education to consider, too. While anyone with a doctorate should get props for surviving the hellscape that is comps and thesis defence, the path of the academic is a little more coffee and tweed than booze and bling (Please send all PhDs who buck this stereotype my way for questioning). That’s not to say that rap is incompatible with education — Flavor Flav has an undergraduate degree, for God’s sake. In Shaq’s case, it more likely suggests that his focus shifted from his music elsewhere. He picked up an MBA in 2005 and his Ed.D in 2012, the latter from Barry University in Miami, Fla.

First and foremost, Shaq is a basketball player. And a really good one. That just might be okay. He played for 19 seasons, won beaucoup awards, and has the same kind of name recognition as Cher, in as many letters. Perhaps you can only be über-dominant in one area at a time. After all, when was he supposed to tour, or feud with anyone beside Kobe? Rap feuds are time-consuming. But, then again, he is “outstanding.”

Check out Shaq in this music video for Owl City’s “Vanilla Twilight”.